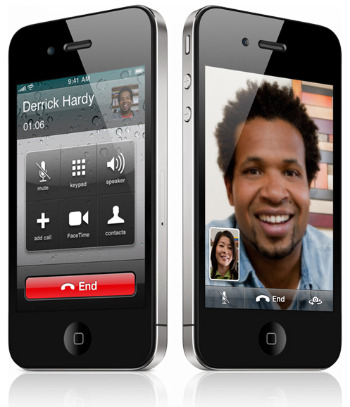 For the first time ever, Apple has screeched ahead of Nokia devices to be the top manufacturer when it comes to European mobile ad requests, according to ad network InMobi‘s latest Mobile Insights report.

Both Apple and Nokia saw over 2 billion ad impressions in the second quarter, but Apple managed a 90 million impression lead. Apple’s European ad share grew 3.3 points to 19.5 percent, while Nokia fell .9 points to 18.7 percent. The news means that one in five mobile ads served in Europe over the last quarter went to an Apple device.

Unfortunately for Nokia, it doesn’t appear as if its fortunes will turn around anytime soon when it comes to ad impressions. The company is hard at working developing flagship Windows Phone 7 devices for release later this year. Meanwhile, its longstanding dominance in Europe will continue to take a hit from the iPhone and Android.

While Apple is the lead manufacturer in Europe when it comes to mobile ads, Android still dominates the platform leader board for ad impressions with a 24.9 percent share. Apple’s rise in Europe over the last quarter caused a significant 5-point drop for Android’s overall share, while iOS rose 3.3 points to 19.5 percent.

Curiously, RIM’s platform share also grew quite a bit in the last quarter, up 6.1 points to a 15.7 percentage overall share.

Globally, InMobi’s ad network grew by 19.9 billion ad impressions from Q1 to Q2 (a 23.4 percent rise), while smartphones grew by 12.3 billion impressions to make up 38 percent of overall ad impressions.

The company is making inroads in the US as well — InMobi announced this morning that it has reached 83 million monthly users on its US network. It has also tapped two execs from rival company Millennial Media: Peter Bassett, formerly SVP of sales at Millennial, will take over North American sales for InMobi, and Millennial’s David Smith will head up East Coast sales. 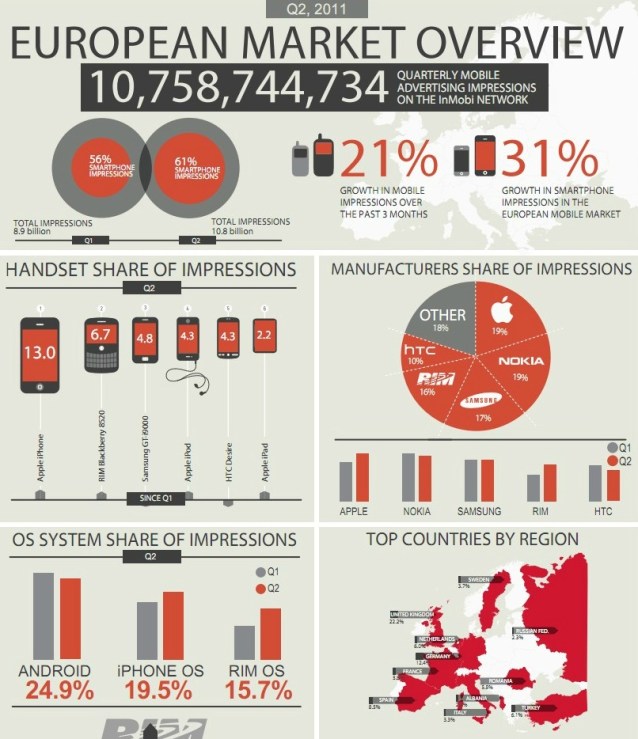