The Patent Office has just granted Apple a patent for another smartwatch. In the patent application, Apple refers to the device as the “iTime.”

The watch looks more like a standard wristwatch than the much-hyped “iWatch.” But in this watch, the whole center section can be removed, and can operate independent of the band. That central unit can store and play back media, and is controlled by a touchscreen on the front.

The iTime responds to gestures, and does push notifications, according to the patent. 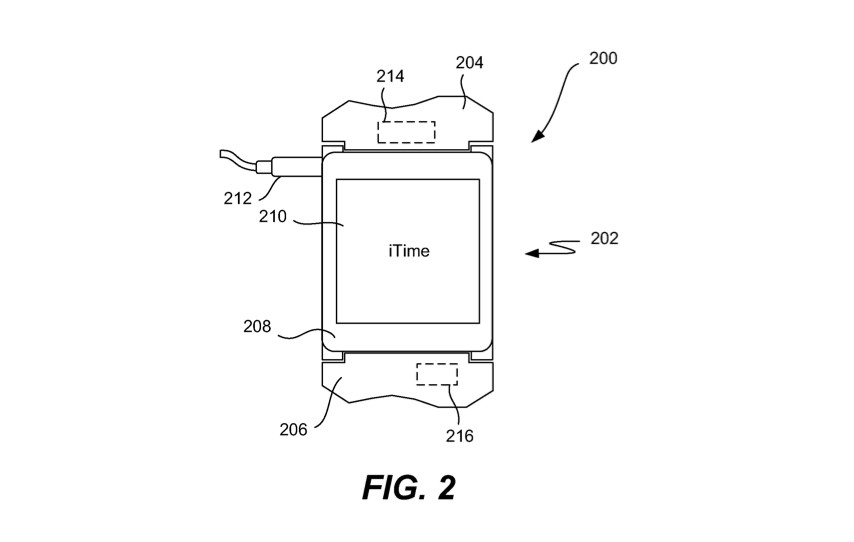 Here’s how Apple describes the device in the application:

“Apple says at least part of the wristband will contain a wireless communication transceiver, and when it’s connected to the main device, the device can perform a “second set of functions” that includes sending user input to a “second electronic device.”

The watch’s band is divided into at least two sections, according to the patent, and each section contains a wireless antenna.

Part of the watch’s band also includes “at least one of an accelerometer, an antenna, a GPS receiver, or a haptic device.” That haptic device is situated against the skin on the underside of the band, and gives the user a buzz for notifications, as when messages or reminders come in.

The accelerometer and gyroscope are included to detect the user’s arm motions and gestures, the patent says. 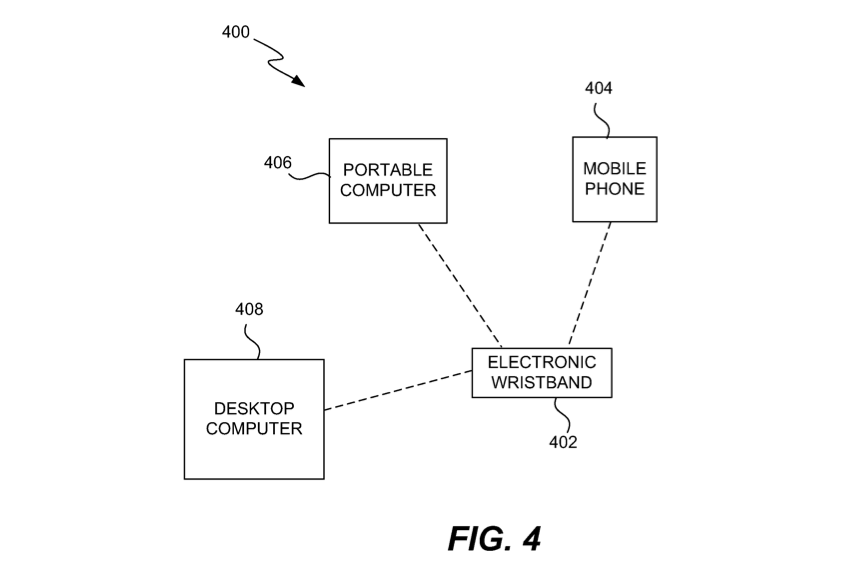 The application points out that the iTime will connect with an iPhone and display information about incoming calls. The user can then use the watch to accept or reject calls.

Apple employees Albert Golko, Mathias Schmidt and Felix Alvarez are listed as the inventors on the patent. The patent was originally filed in July 2011. 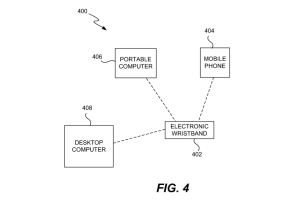