Some surprising search results in the US version of the Apple App Store got us curious. Is Apple experimenting with the algorithm, and to what end?

We all know Apple likes black boxes more than most technology companies. It likes to keep its secrets close and well guarded. One of these well-kept secrets is the algorithm behind the App Store search engine. Considering just how much of an effect this has on organic download rates, it’s no wonder so many app marketers and developers invest time in experimenting and learning the iTunes App Store’s behavior. My company does too.

Last month Apple released its latest iOS update, 9.3, with seemingly no innovation in the App Store app on Apple devices. The only thing that changed was the description preview; the last algorithm change published was back in November. But roughly around the time of the iOS 9.3 update release, we noticed some interesting things happening in the search results in the US iTunes App Store.

How did we notice these changes? One of the things we do at my company, Moburst, as part of our app store optimization (ASO) service, is develop proprietary technologies to help our clients find wider audiences. One of the tools we’ve developed scans the app stores for changes in trends and behaviors. In mid-March, this tool began showing some interesting insights. Initially we thought this might be a glitch, but it appears to still be there.

What we observed was a change in how the search algorithm deals with typos and bad spelling, among things. It seems Apple has adjusted the App Store algorithm to consider what people search for and what they click on once the search results are displayed.

For example, when we searched for “ubber”, we got the Uber app but also Lyft. For the query “uper”, we actually got Uber in front of an app named uper! 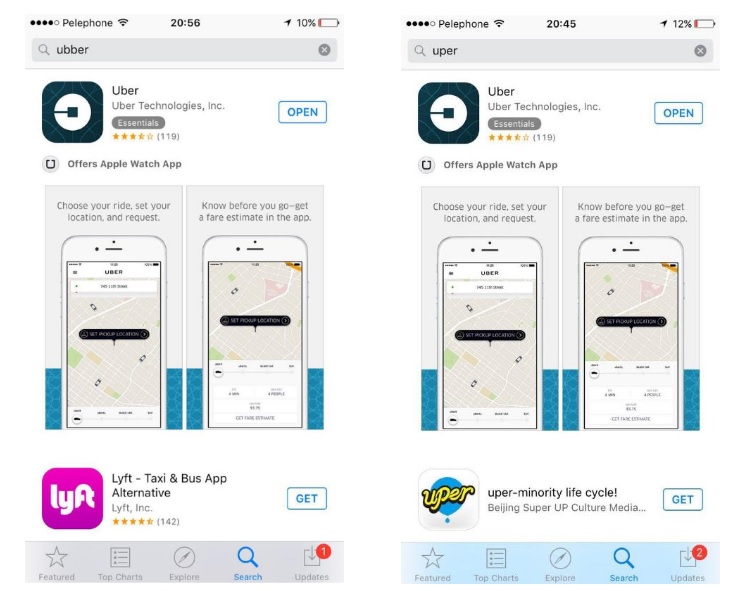 At first, you might think Uber and the other apps listed included these typos in their keywords field, but that would make little sense. Why spend those precious 100 characters on rarely typed strings? To further test this, we looked at the historic rankings of Uber for the mentioned keywords, and what we found only strengthened our hypothesis:

You’ll notice that all the mentioned keywords suddenly appeared on March 20, which happens to be the weekend just before Apple released iOS 9.3.

The screenshots below show that this occurs across the board and in all categories. It’s worth noting these types of results appear only in the US version of the App Store. If Apple works similarly to Google with algorithm changes, we’d expect this to roll out to other countries later on. 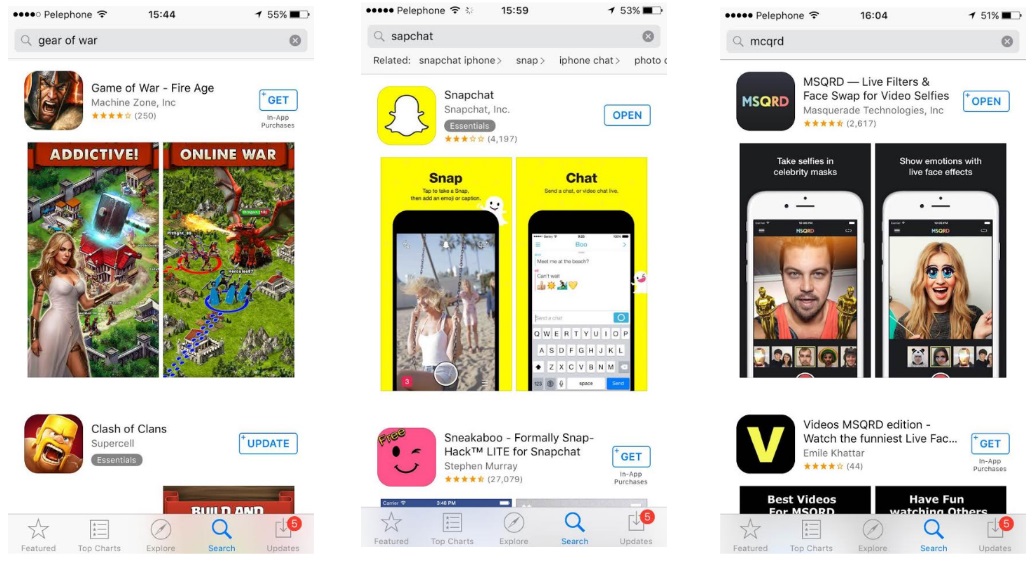 On the one hand, the changes help people find useful apps even when developers don’t include mistyped keywords in the keyword field, thus creating a kind of smart autocorrect. On the other, we also found apps ranked for seemingly unrelated keywords. For example, we noticed Uber appearing for keywords like “panera bread”. Care to guess when that ranking started?

This marks an even more significant improvement in the algorithm, involving some kind of AI — the App Store seems to have found a relationship between Panera and Uber (UberEats?) and therefore ranks Uber when a user searches for ‘panera bread’.

Why is Apple doing this? We can only guess. Clearly, Apple wants to improve app discovery amid the mass of apps in the store, and this might be another test aimed at improving the current search engine.

While this change is small and hard to notice, it’s pretty significant from a developer’s point of view. This is the first time apps have appeared in the search results for terms not included in the app name, developer name, or keyword field. If Apple’s algorithm takes into account app popularity with users in search results, this means more exposure to already popular apps.

Lior Eldan is Cofounder and COO of Moburst, a global mobile marketing agency.