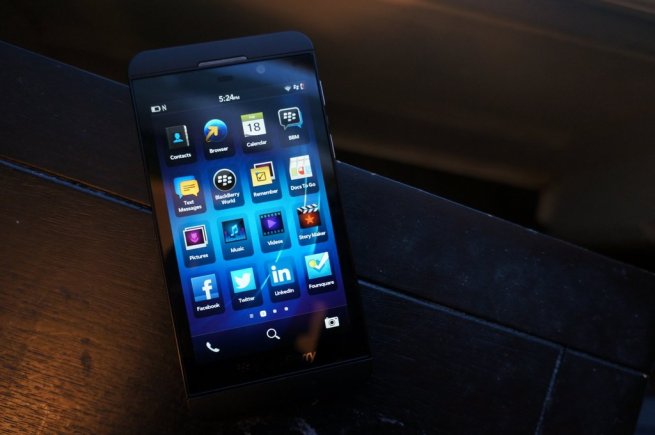 It took about two hours for my initial excitement over the BlackBerry Z10 to disappear.

At first, I was impressed by how comfortable the Z10 felt in my hand and the ease with which it juggled multiple tasks at once. But it didn’t take too long before the BlackBerry 10’s crummy apps, limited functionality, and instability sent me running back to the iPhone and Android (yes, I always have two devices on me).

The phone feels like a beta product, not something that BlackBerry (formerly Research in Motion) has been toiling away at for years. After several delays, BlackBerry simply has no excuse — especially when this is the device that must save the troubled company.

An even bigger problem became clear the more I used the Z10: Who is this thing for? It’s not going to win over gadget geeks with its minuscule app selection (70,000 at launch, but few that you’d actually want to use), and the BlackBerry faithful will likely be better served by the upcoming Q10, which features a traditional physical keyboard. And I can’t imagine that anyone would latch on to its fairly boring interface and lack of personality.

It’s a phone built out of desperation and hubris — not for anyone, or any specific need, in particular.

The BlackBerry Z10 isn’t a complete failure, as it manages to impress at first glance (hence my enthusiastic first look at the phone). From afar it looks a lot like the iPhone 5. Up close it bears a simplicity that’s exceedingly rare as smartphone makers obsess with screen size and design bling. It looks like an expensive device that only business people should be using — which is great for maintaining BlackBerry’s image but somewhat damning when attracting typical smartphone buyers.

With its rounded corners and soft-touch rear cover, the BlackBerry Z10 feels more like an expensive leather briefcase than your typical smartphone. It’s also comfortable to hold and navigate with one hand thanks to a reasonably-sized 4.2-inch screen. BlackBerry could have tried to spar with big-screen Android phone makers, but the smaller screen size shows a certain amount of restraint that I can’t help but appreciate. (It’s also slightly bigger than the 4-inch iPhone 5, so BlackBerry can still hold that over Apple.)

The BlackBerry 10 has a few other things to like as well, though it still has a long way to go. It relies on a gesture-based interface that quickly becomes intuitive — swipe up from the bottom of the screen to show your running apps, swipe from the left edge go backward, and swipe down to reveal more options. A helpful gesture — swiping up, then right — sends you to the BlackBerry Hub, which puts all of your e-mail, texts, Twitter updates, and other communication alerts into a single interface.

Few apps stood out on the Z10 (more on that below), but its browser is worth mentioning. It’s fast, renders web pages accurately, and it even supports Adobe Flash. BlackBerry clearly put a lot of thought into the browser’s rendering engine, which feels as zippy as Chrome on Android and the latest version of the iOS browser.

The phone also sports BlackBerry Messenger, which for some fans may be the only reason they’ll need a new BlackBerry device. At this point, modern messaging apps and services like iMessage and Kik are far more useful than BlackBerry Messenger. But for business people who’ve lived with BlackBerry phones over the past year, it’ll be tough to give up BBM.

Just like the BlackBerry PlayBook tablet, which runs an operating system that serves as the core of BlackBerry 10, moving between multiple applications on the Z10 is fast and seamless. It’s powered by a fast 1.5 GHz dual-core processor and 2GB RAM, so it’s certainly no hardware slouch either.

Call quality and reception was impressive, though that’s something BlackBerry should have mastered by now. Its touchscreen keyboard is fashioned after the physical BlackBerry keyboard, and it’s also helped by some impressive predictive text technology (though BlackBerry hasn’t confirmed this, I believe it’s powered by SnapKeys, the folks behind the excellent Android keyboard).

But despite those few positives, the Z10’s problems make it impossible to recommend. 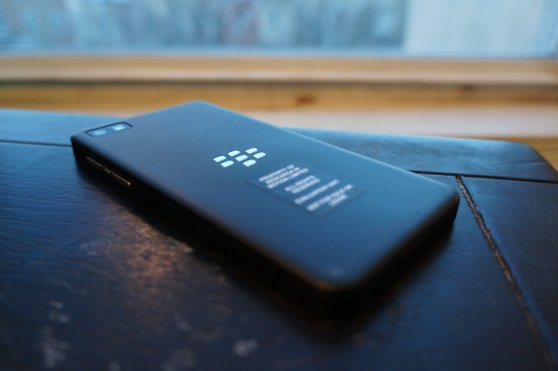 The bad: No compelling features or apps

For a device that should remind us why BlackBerry is a smartphone brand that matters, the Z10 is surprisingly average.

It has 70,000 apps, but few that you’ll actually want to use. Apps for popular services like Twitter work, but these are riddled with bugs and errors. Twitter would often just stop refreshing my timeline and mentions, and sometimes I had to reboot the app to get it working again. It’s also still missing popular apps like Spotify and Instagram. Don’t expect to keep up with the cool kids with this phone.

Core applications are surprisingly lacking as well. For maps, the Z10 relies on a modified version of Microsoft’s Bing Maps, which doesn’t have nearly as much location data as Google Maps. Simply using the maps application was a pain — it would often take forever to load, and it had issues finding my location. It’s inexcusable for a modern smartphone platform to have unreliable mapping — just look at the backlash against Apple Maps.

The Z10 is all about productivity, except it doesn’t always work properly. My Gmail account stopped updating for days on end, apps crashed frequently, and the phone often got stuck in landscape orientation. All of this led to me completely rebooting the Z10 far more often than I would have liked.

Battery life is somewhat disappointing as well. Sometimes the Z10 would last for a typical workday, and sometimes I had to charge it in the middle of the afternoon. I was never able to figure out what was draining the battery on certain days. At least the battery is removable — it’s an increasingly uncommon feature in smartphones, but something that BlackBerry road warriors should appreciate.

What bothered me the most about the Z10 was perhaps more aesthetic than functional. It’s simply boring. The home screen is uninspired (down to generic-looking icons), BlackBerry Hub feels like a messy block of text, and I’ve yet to find an app that truly felt interesting.

I’ve always felt that one of Android’s biggest problems over its first few years was that it didn’t really have a soul. It wasn’t until former WebOS designer Matias Duarte joined up as Android’s director of user experience that Google’s mobile OS finally got a swift dose of personality.

The BlackBerry Z10 doesn’t have that problem. It definitely has a soul, but it’s one of a buttoned-up and humorless corporate drone. Forget about attracting new users: With an image like this, BlackBerry will have trouble holding onto its 80 million users.

I have a feeling BlackBerry knows just how boring BlackBerry 10 currently is, otherwise it wouldn’t have named Grammy-winner Alicia Keys its global creative director. Right now it’s unclear if Keys will have any actual creative input or if she’s just a celebrity name to make younger buyers pay attention. But hopefully her mere presence will be enough to inspire the company.

BlackBerry already has a strong hardware lead in Todd Wood, its VP of design, but the company needs a strong software designer like Duarte to give BlackBerry 10 some character. Judging from some of the most popular apps on iOS and Android, consumers are beginning to recognize the importance of good design. It’s not something that BlackBerry can avoid for too long in its software.

The verdict: This phone isn’t meant for you — or anyone

The BlackBerry Z10 isn’t the worst phone I’ve come across, but I can’t in good conscience recommend it to anyone. BlackBerry still has a lot of work ahead of it in terms of software updates and attracting developers. And maybe along the way, it can also figure out who the heck needs this phone.

BlackBerry-faithful should keep an eye out for the keyboard-equipped Q10. Pricing and availability of that model still hasn’t been announced.

The Z10 won’t be the phone that saves BlackBerry, but at least the company has finally gotten the ball rolling on its next-generation devices.

Hopefully by the next round BlackBerry will figure out who it’s actually serving.