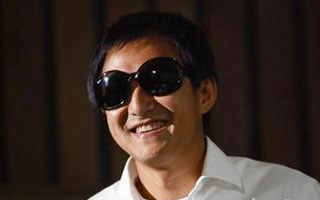 Nguyen told the New York Times that in spite of a buzz-laden launch, the service has fewer than 100,000 active users.

So the company is taking a slingshot approach to public relations and rebranding itself as a Facebook app on the day of Facebook’s biggest announcements of the year. Clever, no?

Color’s original point was to organize images around places and events. With the relaunch (note: Color hasn’t actually, publicly launched its application yet; you’ll still need to sign up for a preview), Color now acts as an uploader for Facebook photos.

If a Facebook friend clicks on the photo and wants to know or see more, he or she can request a “visit.” If you approve your friend’s “visit” request, he or she has the ability to see a live broadcast stream from your phone.

For a young app, Color has already traveled a rocky road. The app launched shortly after SXSW. The timing was puzzling for launching to the app-weary post-SXSW tech crowd, but with $41 million in funding out of the gate, Color got a ton of initial press and around 1 million downloads.

About a week after the launch, the app got a significant facelift, perhaps to answer publicly posed questions about what users were actually supposed to do with the initially confusing application. As users expressed their frustration, some of the apps’ competitors were publicly sounding off on Color’s drawbacks, adding to a growing stack of negative publicity.

Then in May, the company lost a co-founder. Peter Pham, the company’s president, left a scant two months after the app launched. Pham didn’t offer an explanation for his departure, but a co-founder leaving a company is never a good sign, and Pham’s leaving so early was definitely more bad PR for Color.

Whether or not the feature revamp and app rebranding will help the struggling Color attract the users and traffic it needs to stay afloat remains to be seen; we’ll keep you posted.