Decked out in 40-ton carbon fiber, the Latitude 13 7000 Series Ultrabook is rocking a InfinityEdge display with a very narrow bezel, USB Type-C and Thunderbolt 3 jacks, a smartcard reader, a fingerprint reader, an RFID reader, as much as 512GB in solid-state drive (SSD) storage, and a 6th-generation Intel Core M processor. The device is available with a non-touch FHD (1920 x 1080) anti-glare display with 400 nits or a QHD+ (3200 x 1800) touch display with Gorilla Glass and 350 nits. It boasts up to 10 hours in battery life and weighs 2.48 pounds. This product line can compete with Lenovo’s ThinkPad series, and at least when it comes to look and feel, this Dell machine does sound impressive. 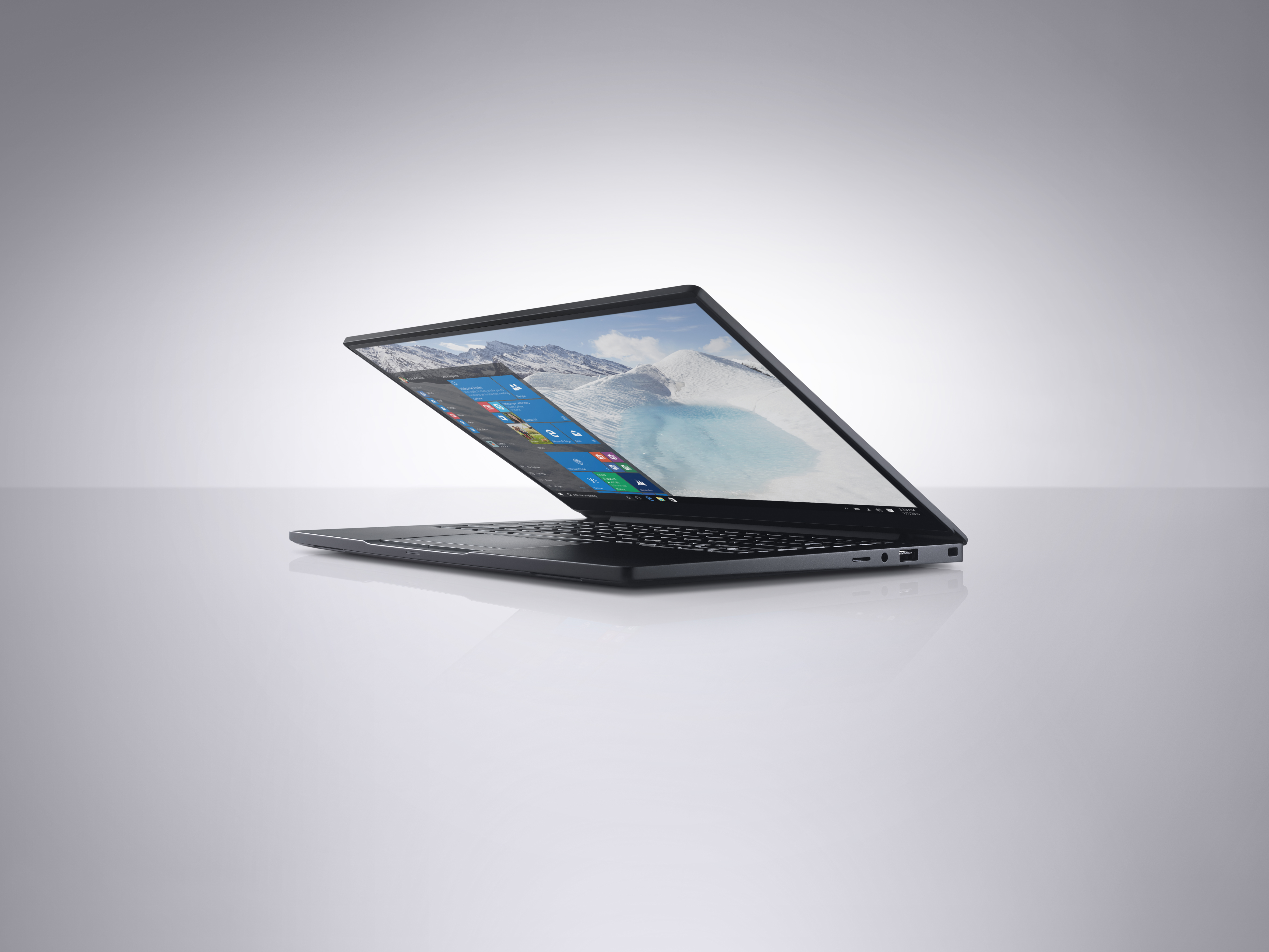 Above: The Dell Latitude 13 7000 Series Ultrabook.

The device comes with a five-megapixel front camera, an eight-megapixel rear camera, two USB Type-C ports, a 6th-gen Intel Core M chip (some models support Intel’s vPro security technology), up to 512GB in SSD storage, and up to 8GB of RAM. The touch display will be available in FHD or UHD models with Gorilla Glass and 360 nits. The device can hook up to the Dell Dock and the Dell Thunderbolt Dock, and its battery is capable of supporting ExpressCharge. Dell’s Active Pen stylus is optional, and the device can be equipped with Qualcomm Snapdragon X7 LTE or HSPA+ modems. With Dell’s slim keyboard attached, it weighs as little as 3.1 pounds. The tablet connects with the keyboard using magnets.

The Latitude 12 7000 will become available in the U.S. through Dell.com in early February, while the Latitude 13 7000 will follow starting on March 8, Dell said.