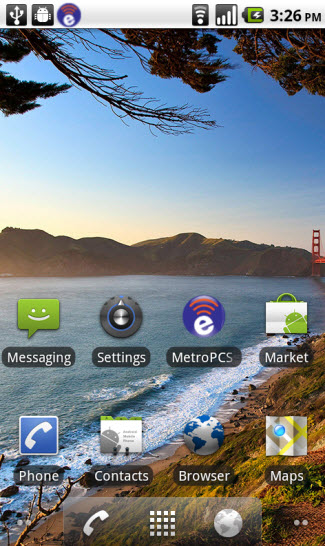 In doing so, MetroPCS will be able to offload traffic from its expensive and overloaded cellular network to the more affordable and more available Wi-Fi networks. Devicescape’s software, which tracks Wi-Fi hot spots and makes it easy to log into them, will be embedded in all of the new Android smartphones coming out of MetroPCS.

It’s a partnership that makes sense for cell phone companies deal with the rising costs of delivering service in the age of smartphones.

MetroPCS will tap Devicescape as a white-label Wi-Fi locator app, which makes it easy for cell phone users to shift data to Wi-Fi. The Devicescape product lets users with Android phones roam from Wi-Fi hotspot to Wi-Fi hotspot, seamlessly, much like a cellular network moves a call from one cell to another without interrupted service. The value of Devicescape is that it allows its users to log in automatically at lots of locations, so they don’t have to waste time typing in usernames and passwords.

The Devicescape Easy WiFi Network has more than half a million hot spots. By tapping Wi-Fi, MetroPCS doesn’t have to build out the more expensive cellular networks such as 3G or 4G networks.

Dave Fraser, chief executive of San Bruno, Calif.-based Devicescape, says this solution can help cellular and Wi-Fi networks complement each other rather than compete. It also improves the overall customer experience.

Android-based smartphones are gaining popularity, but they’re also driving consumers to use the internet more. That’s a good thing, but it puts pressure on the limited capacity of the cellular networks when it comes to handling data traffic. MetroPCS, which offers phones with no annual contract, offers unlimited talk, text and web services for a flat rate.

A custom version of Devicescape’s Easy WiFi, called MetroPCS Easy WiFi, is included in all of MetroPCS’ Android smartphones – starting with the LG Optimus and Huawei Ascend phones.

The Devicescape technology is used to mitigate costs and reduce congestion through the diversion of data traffic onto the prolific Easy WiFi network. If it works out, Devicescape can replicate the deal with other carriers.

“Carriers need to employ multiple strategies when it comes to economically managing this traffic explosion,” said Rob Enderle, an analyst at the Enderle Group. “Offloading to Wi-Fi as seen here with MetroPCS is one smart move.”