Duolingo is boldly going where few online language learning platforms have gone before: It now officially lets you learn Klingon.

The company said it worked with broadcaster CBS and “some of the world’s leading Klingon experts” to launch the course, and though it has been a work in progress for a while, Klingon today graduates to public beta for anyone to access.

Founded in 2011, Duolingo uses gamification to help people gain speaking, reading, and listening skills in around 30 languages. The company now counts more than 200 million users and has raised more than $100 million in funding since its inception.

As with the other languages on Duolingo, the Klingon course is free for everyone, but users can upgrade to a Duolingo Plus subscription that removes advertisements and serves up access to extra features, including offline access. 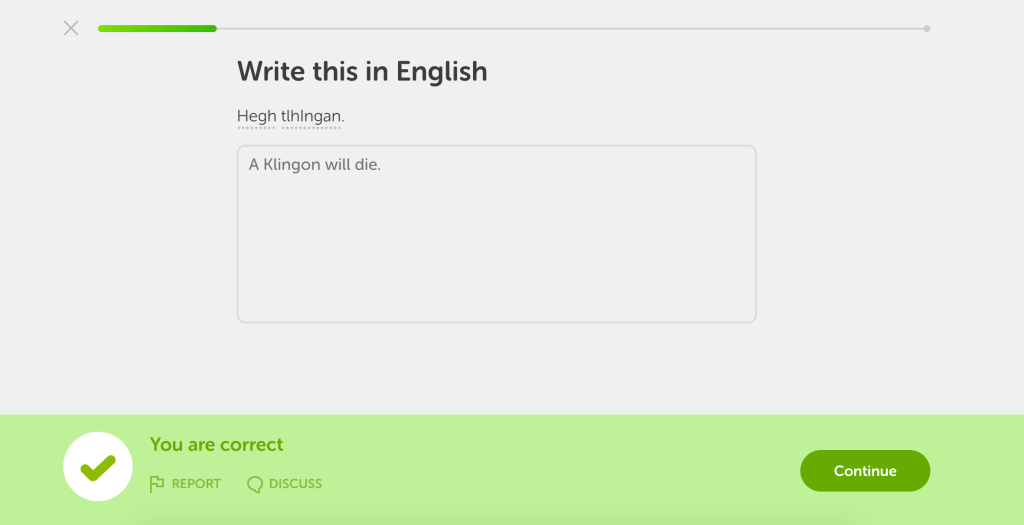 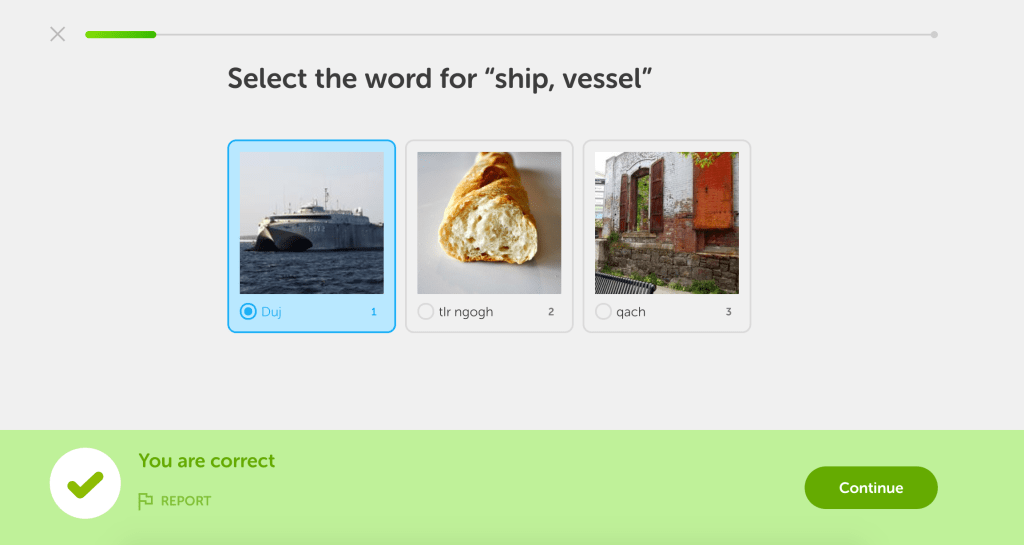 Above: Learning Klingon with photos

By way of a quick recap, Klingon is a constructed language spoken by the fictional Klingon characters in Star Trek. The vernacular first made an appearance in the original Star Trek movie in 1979 and was later developed beyond those initial few phrases into a full-fledged language by American linguist Marc Okrand.

It’s thought that just a few dozen people today are fluent in Klingon in the spoken form, but more can communicate in Klingon through the written word.

“It’s commonly estimated that there are around 30-50 people who are conversationally fluent, but hundreds who can communicate clearly through text; perhaps a thousand if they’re allowed occasional use of a dictionary and prefix chart,” course creator Felix Malmenbeck told VentureBeat.

So is there really demand for a language that basically grew out of a science fiction franchise less than 40 years ago? Well, according to Duolingo, Klingon has garnered around 170,000 pre-registrations. “We expect that number to grow significantly after launch,” the company told VentureBeat.

“It’s difficult to gauge the level of interest in Klingon, but we do notice that ease of access is a very important factor,” added Malmenbeck. “Because Klingon speakers have often been geographically isolated from each other, it used to be very difficult to help people cross that line from being curious to actively using the language. But with the help of social media, we now have dozens of new and intermediate speakers practicing on a regular basis. The Learn Klingon Facebook group currently has 1,805 members.”

This isn’t the first time Duolingo has offered such quirky language courses. Last summer, it introduced High Valyrian from Game of Thrones, a language it said 240,000 people are now actively learning.

Elsewhere, there are already plenty of dictionaries, books, online translation tools, and apps for those wishing to dabble in Klingon, and there is even a dedicated Klingon Language Institute. That a major online language platform such as Duolingo is now teaching Klingon, however, is something of a boost for the fledgling tongue.

This launch comes a few months after Duolingo introduced Chinese which — unlike Klingon — was among the company’s most-requested languages.