Facebook has announced a set of partners for its livestreaming product. The company has opened up its live API, which it plans on building out in the next five years. With this offering, developers can stream video from more than just a smartphone, create new ways to interact with viewers, and even go live with a drone — something that chief executive Mark Zuckerberg showed off on stage.

At the company’s F8 developer conference, Zuckerberg made it a point to tout how important live video was to Facebook and the extension into third-party apps and platforms highlights this. “We’ve been inspired by the innovation we’ve seen so far, and we know it’s only the beginning,” wrote product manager Daniel Danker in a blog post. 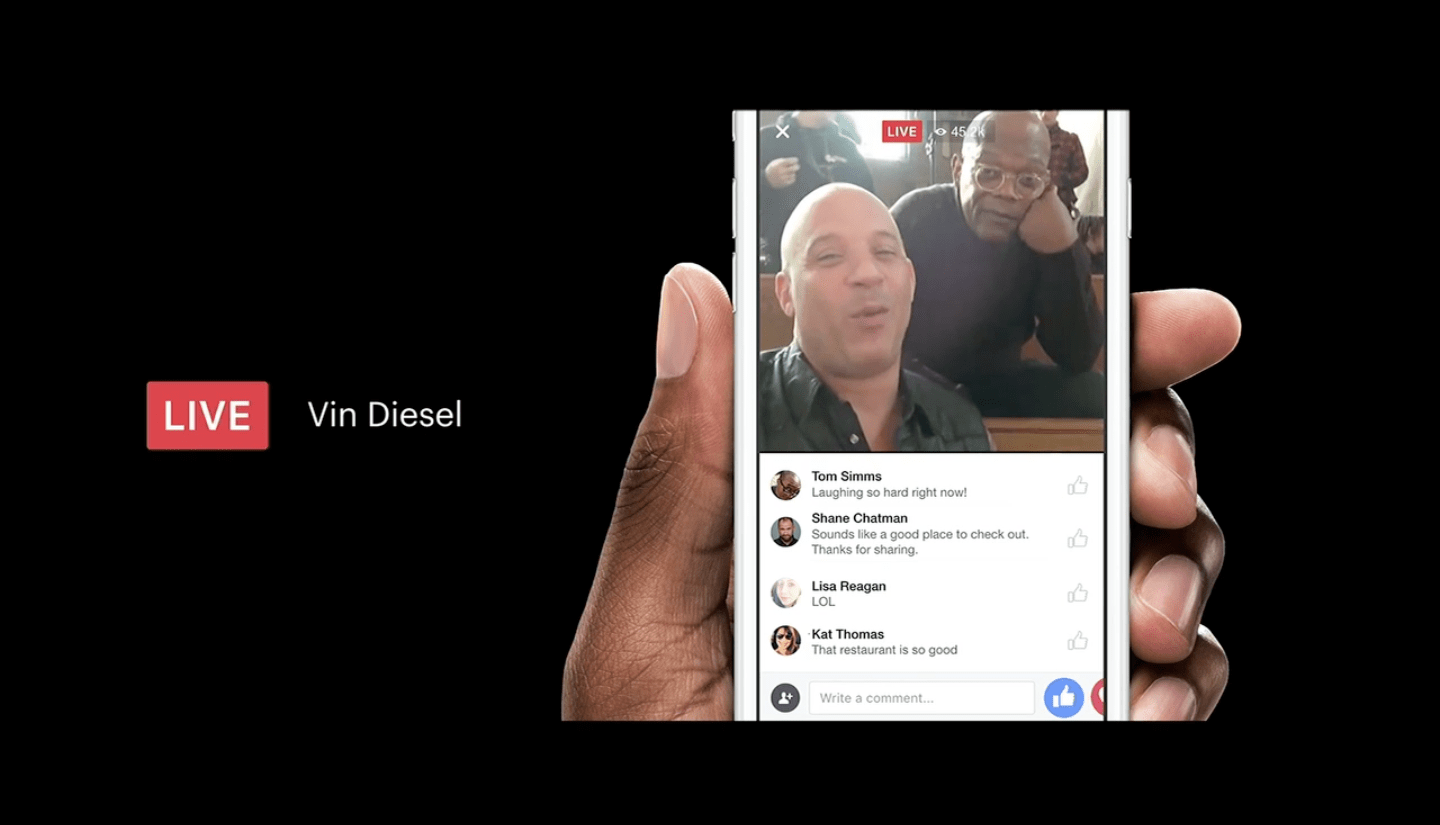 The Live API allows hardware and software to tap into Facebook’s live streaming tool. Some of the partners include Mevo from Tastemade, Vidpresso, and also on DJI Robotics and Cape.

Introduced in August, Facebook Live is the social networking company’s response to Meerkat and Periscope. The company has said that it places a premium on video content and thinks that its livestreaming tool will play a big role in its next growth phase. People from more than 60 countries have access to this service, which originally started out being available only to celebrities and VIPs.

Last week, Facebook released a slew of updates that allowed you to broadcast directly into Groups and Events, while also adding in Reactions, video filters, and new ways to discover other livestreams. It has also been prioritized to show higher not only within your News Feed, but also within trending topics.

Opening up access to its livestream product will likely give Facebook an additional edge as the live video space becomes more heated. The company is competing against Twitter’s Periscope, which announced its users broadcasted more than 200 million streams in its first year, and also the soon-to-be-released YouTube Connect app from Google. By bringing Facebook Live to areas outside of the social network really is a shot across its competitors’ bow.