Facebook is working on a way to let users activate Safety Check of their own volition, CEO Mark Zuckerberg revealed today.

Speaking at a Townhall Q&A at Luiss University in Rome, Zuckerberg fielded a bunch of questions from students and the online community. In reference to an earlier question on Safety Check, which Facebook activated following the massive earthquake that hit Italy last week, an audience member asked: “Will users be able to activate it on their own?,” which Zuckerberg confirmed: “Yes, we’re working on that already.” 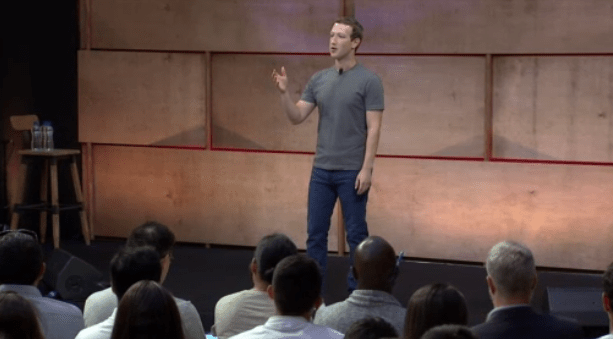 Above: Mark Zuckerberg speaking at a Townhall Q&A at Luiss University on August 29, 2016.

Facebook launched its Safety Check feature in October 2014 as a way to let users tell friends that they’re OK in the wake of natural disasters. The initiative was expanded to include other emergency situations, such as terrorist attacks, but the company has come in for criticism in the past for its selectivity in activating Safety Check for some events but not others. The underlying suspicion in many criticisms was that Facebook was demonstrating a preferential treatment to a specific region of the world, namely “the West.”

“If we’re building a community product, this is one of the moments of truth for us,” continued Zuckerberg, in response to the question. “How we judge whether Facebook is successful, it’s not just on whether you can share a photo of a fun moment, or a night out with friends, but it’s also whether our community is strong enough and we give people the tools to keep people safe in those situations [emergencies]. We’re working on what you say. When Safety Check got started a couple of years ago, it was only for natural disasters. Unfortunately since then we’ve had to expand it to terrorist attacks too, because that’s just been too common over the last few years. The next thing we need to do is make it so that communities can trigger it themselves when there is some disaster.”

It’s not entirely clear yet how Safety Check would be activated by people or communities, or what situations would “qualify” for Safety Check. But from Facebook’s perspective, putting its users in control of activating the feature would not only help the public, but it would also distance Facebook itself from accusations that it’s biased toward certain regions.

During the Q&A, Zuckerberg also responded to a question asking whether Facebook has ruined face-to-face communication.