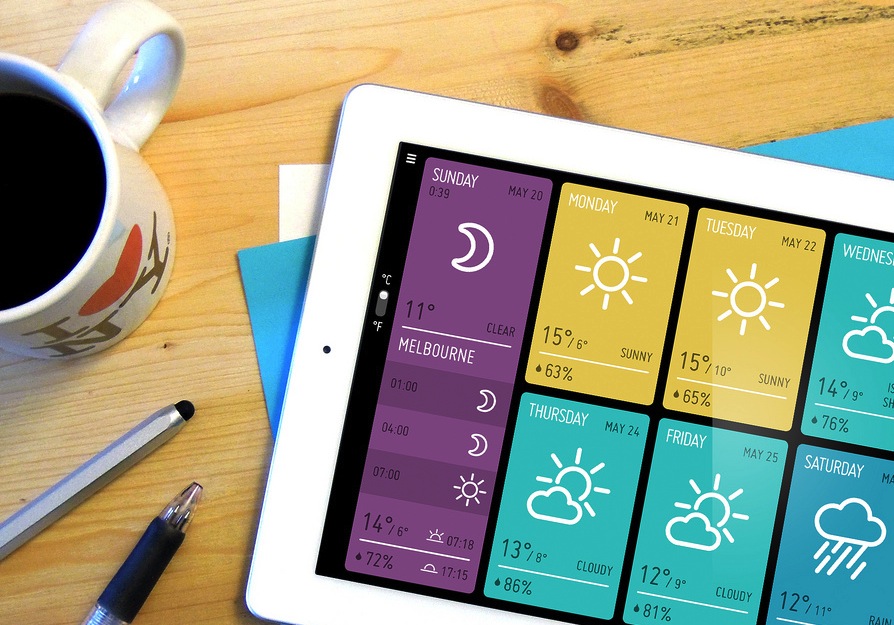 Non-iPad web traffic is growing, but it’s still a tiny fraction of what Apple’s iconic tablet pulls in.

Advertising and analytics company Chitika released its December 2012 tablet market update, and the numbers aren’t great for any tablet that doesn’t start with the letter I.

“For every 100 iPad impressions, other tablets have 14.75,” Gabe Donnini, Chitika’s data solutions engineer, said today. “Eighty-seven percent of the tablet web traffic in North America is generated by iPad.”

The biggest chunk of that non-iPad traffic comes from the Kindle, with 4.88 pageviews for every 100 on the iPad. Kindle did grow a very healthy 20 percent month-over-month, however, compared to Chitika’s November statistics. These 4.88 pageviews translate into a 4.25 percent share of all tablet web traffic. 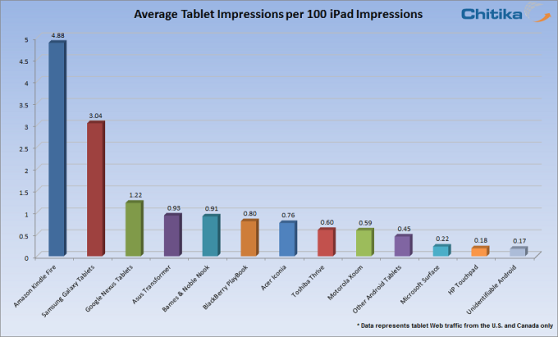 This is not an impressive performance in a tablet market that is now almost three years old, based on when the first iPad was released.

Of course, the big question is: Will this change after the holidays? In other words, was it an iPad Christmas, or did more millions unwrap Android tabs this holiday?

“We’re in the process of generating a new report right now to compare pre-holiday and post-holiday traffic,” Donnini said. “We want to see who won the battle for market share … and see what people got on Christmas.”

That report will be coming out shortly, and we’ll have those details on VentureBeat.