While Google has moved to cure the much-maligned Android fragmentation problem, there are more Android devices than ever out there in the wild, according to data from OpenSignal.

According to Google’s own data, less than one-fifth of Android users run Android Lollipop — the latest version of the mobile operating system — on their devices. The greatest number of devices (40%) run Android KitKat (4.4), with a third of devices still surviving on Jelly Bean. 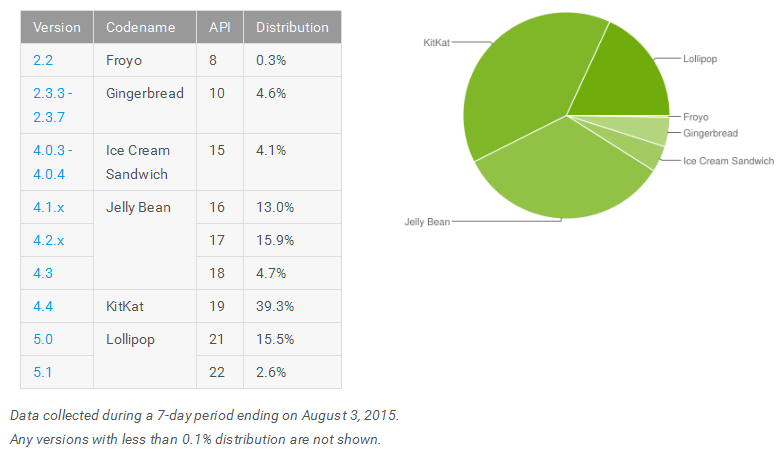 Compared to the 85 percent of iOS devices that run iOS 8, the latest major mobile OS release from Apple, it’s easy to see why people keep pointing the finger at the Android fragmentation malaise.

But perhaps a bigger difference between Apple’s iOS and Android is that the latter is available for any device-manufacturer to use. This, in turn, leads to many more smartphones and tablets, with different screen-sizes, sensors, processors, and more. And this ultimately compounds the fragmentation problem.

If you’re new to OpenSignal, the startup has built a solid reputation for its Android and iPhone app, which monitors the speed and coverage of mobile networks. It boasts 10 million downloads to date, and the crowdsourced data it gathers offers a pretty unique view of the state-of-play with networks — but it also offers insight into the state-of-play across the Android ecosystem.

In effect, this means that OpenSignal has detected a 28 percent increase in the number of different Android devices between 2014 and 2015, a number which has more than doubled since 2013. 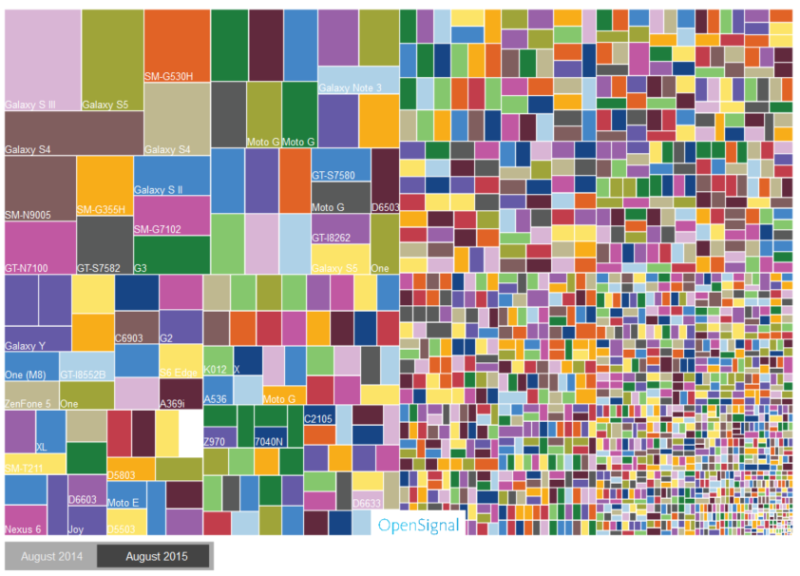 The company has produced its usual interactive graphic that lets you dig down into the data, too. Looking at this, it’s clear that Samsung still has the lion’s share of the Android device market, with 37.8 percent. However, this share has dropped from 43 percent last year.

This could point to a failing on the part of Samsung, but it more likely points to an increase in the number of competing manufacturers. 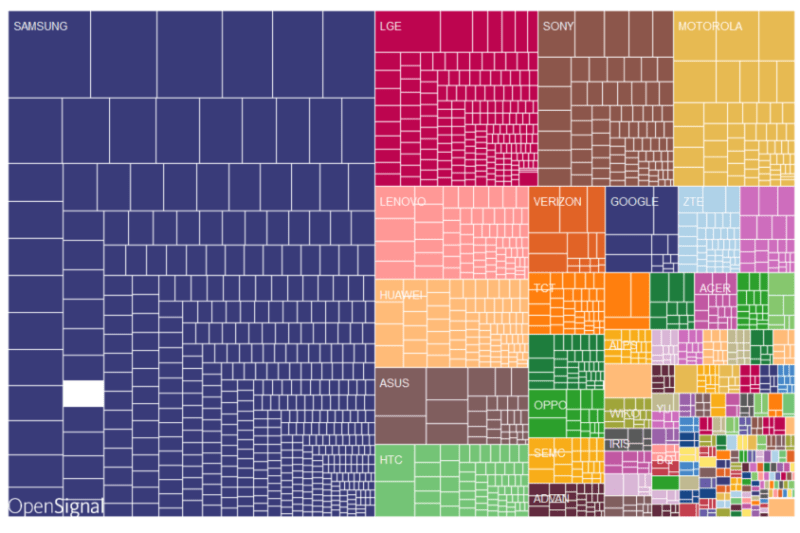 According to OpenSignal’s data, there are now 1,294 distinct Android manufacturers, many of which you’ve likely never heard of — Kyocera, Vega, or Advan, anyone? This marks a slight increase (of around 100) from last year, and 350 from the year before. 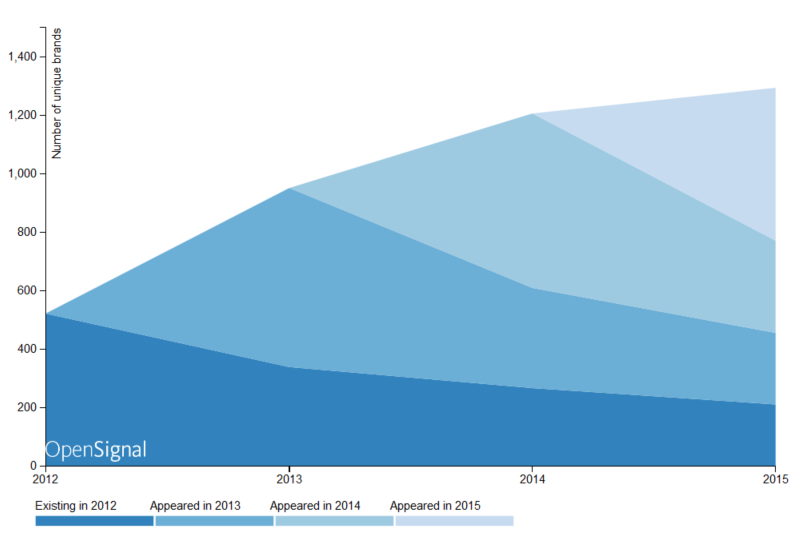 Apple’s range of iOS devices are more fragmented than they once were, too. There are various screen-sizes spread across the iPhone 6, iPhone 6 Plus, iPhone 5, iPhone 4, and iPads.

But the sheer number of different Android screen-sizes, ranging from the miniscule to the massive, is mind-boggling. 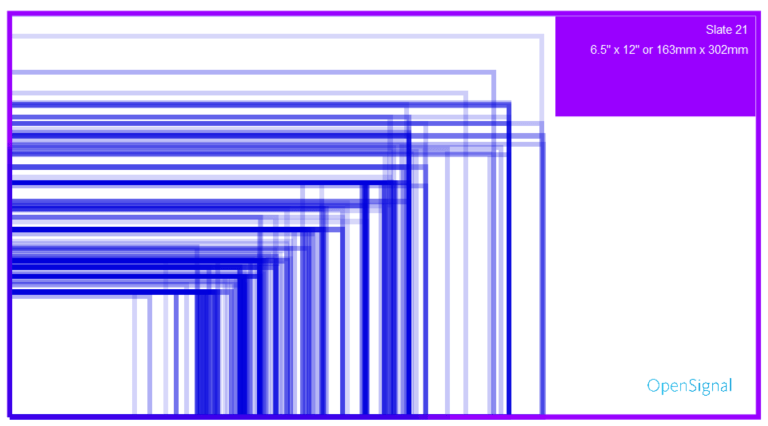 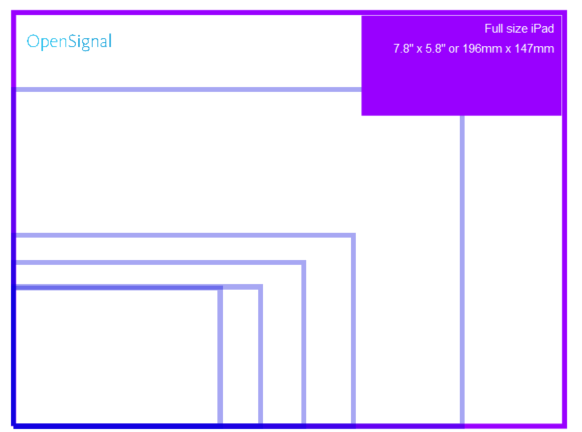 OpenSignal’s fragmentation report always provides interesting insights on the state-of-play with Android, and it is well worth a read. But it’s worth noting here that its data is limited to phones and tablets that have installed the OpenSignal app. So while the report is based on a significant amount of data, it may not actually reveal the full picture.