Google is making its data analytics and visualization tool Data Studio infinitely more appealing this week with the news that it’s removing the five-report limit from the free version of the software.

First unveiled as part its Google Analytics Suite 360 announcement in March 2016, Google Data Studio serves enterprises with a data analysis and visualization tool that integrates across a range of Google products and data sources to create attractive and interactive reports and dashboards. Users can combine data from Google Analytics, Google Sheets, AdWords, BigQuery, YouTube, and Attribution 360, drawing from the raw data to create user-friendly reports. 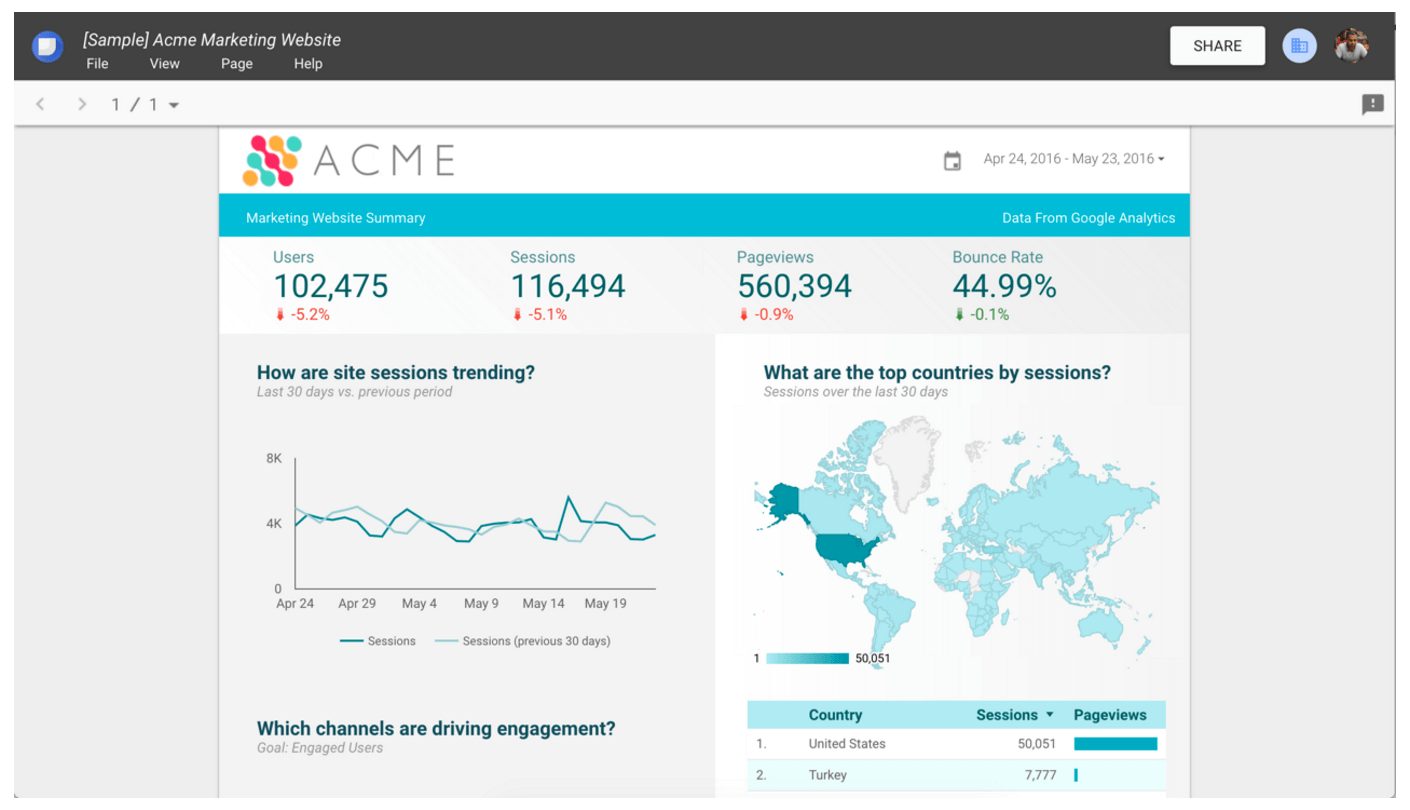 Two months after the initial product launch, Google unveiled a free version of Data Studio aimed at individuals and smaller companies. Though both versions of Data Studio were largely the same, the free version had a five-report limit per account imposed on it, as opposed to the 1,000-report restriction on the enterprise incarnation.

So does this mean that Data Studio is now entirely free for everyone, regardless whether they’re part of a small business or global enterprise? It appears not — there are still some additional benefits to paying for the premium Google Data Studio 360 product. For example, on the paid version there can be up to 200 “owners” who can edit and manage the reports, whereas the free version only permits single account ownership. Also, the enterprise edition offers full customer support.

“This change, combined with a very exciting roadmap for 2017, is designed to accelerate our goal to help you fully leverage all your data across your organization and to ultimately make better decisions,” said Nick Mihailovski, Google Data Studio product manager, in a blog post.

For those without the resources to pay for the full version, the five-report limit made it difficult to garner full value from the product, which is why Google now allows anyone to create as many reports as they like without paying. And, importantly for Google, the change encourages small businesses to remain within the Google app ecosystem and away from competitors, such as Microsoft’s Power BI.