As expected, Google today unveiled two new smartphones at its “October 4 hardware event“: Pixel and Pixel XL. Available for preorder starting today, the company says these are the first phones “designed inside and out by Google.”

Just like Nexus phones, hardware isn’t typically the big selling point here (though charging your phone for 15 minutes will apparently get up to 7 hours of battery life). It’s software: These phones ship with Google Assistant available wherever you are in the phone. Indeed, the Pixels are the first phones with Google Assistant, which you can access by touching and holding the home button or saying the “OK, Google” command. Brian Rakowski, lead of the Pixel’s software product team, showed off the Assistant working in various scenarios, including interacting with Google apps and keeping context in mind like you expect with Now on Tap. 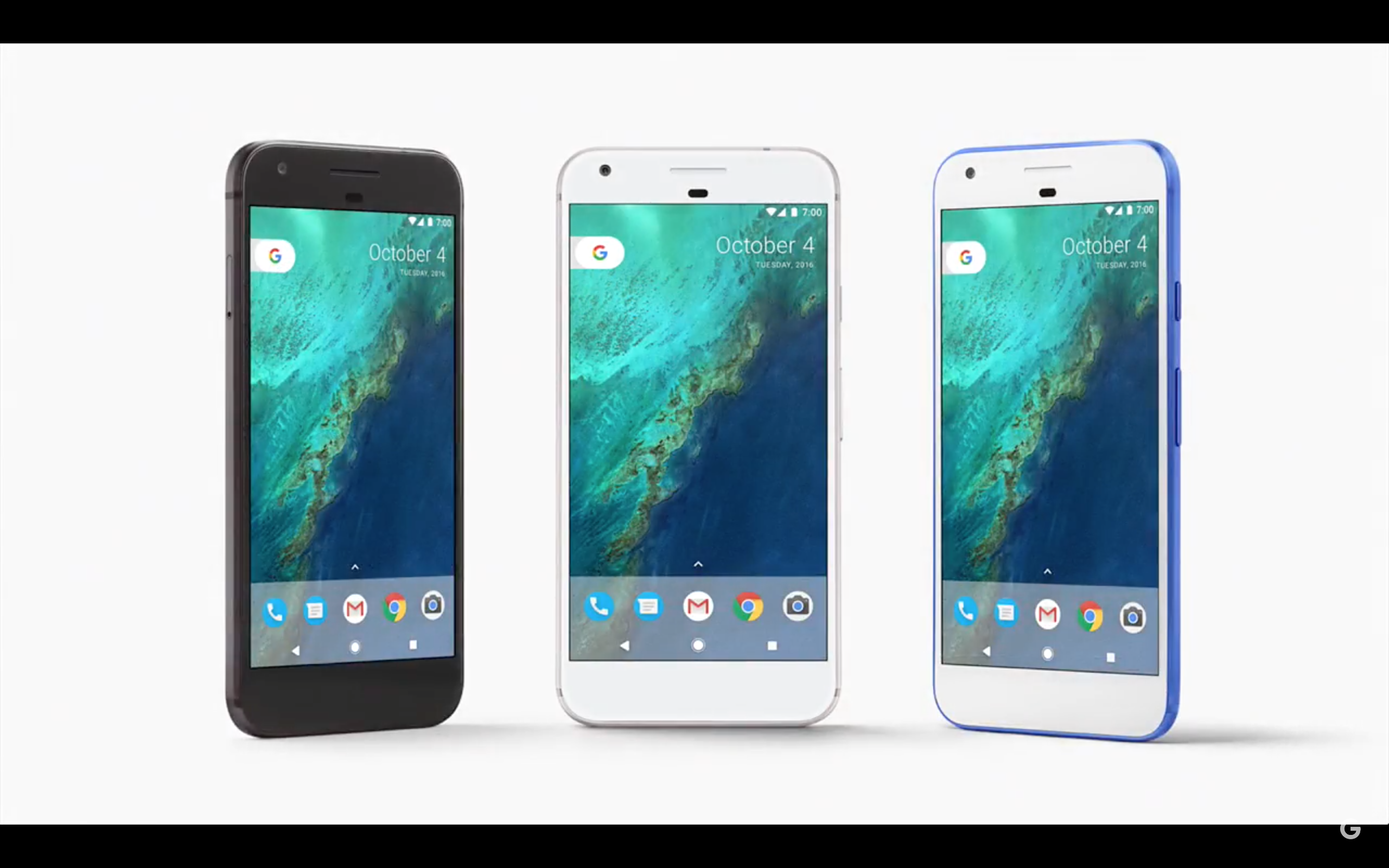 The Pixels ship with Android Nougat, including seamless updates that mean you just need to restart your phone to get the latest version. Allo and Duo also come preinstalled.

Both Pixels have a quad-core 2.15GHz 64-bit processor, 4GB of RAM, 32GB or 128GB of storage, a 12.3MP rear camera, an 8MP front camera, a headphone jack on top, a fingerprint scanner on the back, and a USB-C port on the bottom. The major differences between the two are in size, display (5-inch versus 5.5-inch), and battery (2770mAh versus 3450mAh). Live Cases will be available for both phones, letting you use images from Google Earth and Google Trends. Oh, and the Pixels support both Project Fi and Daydream. 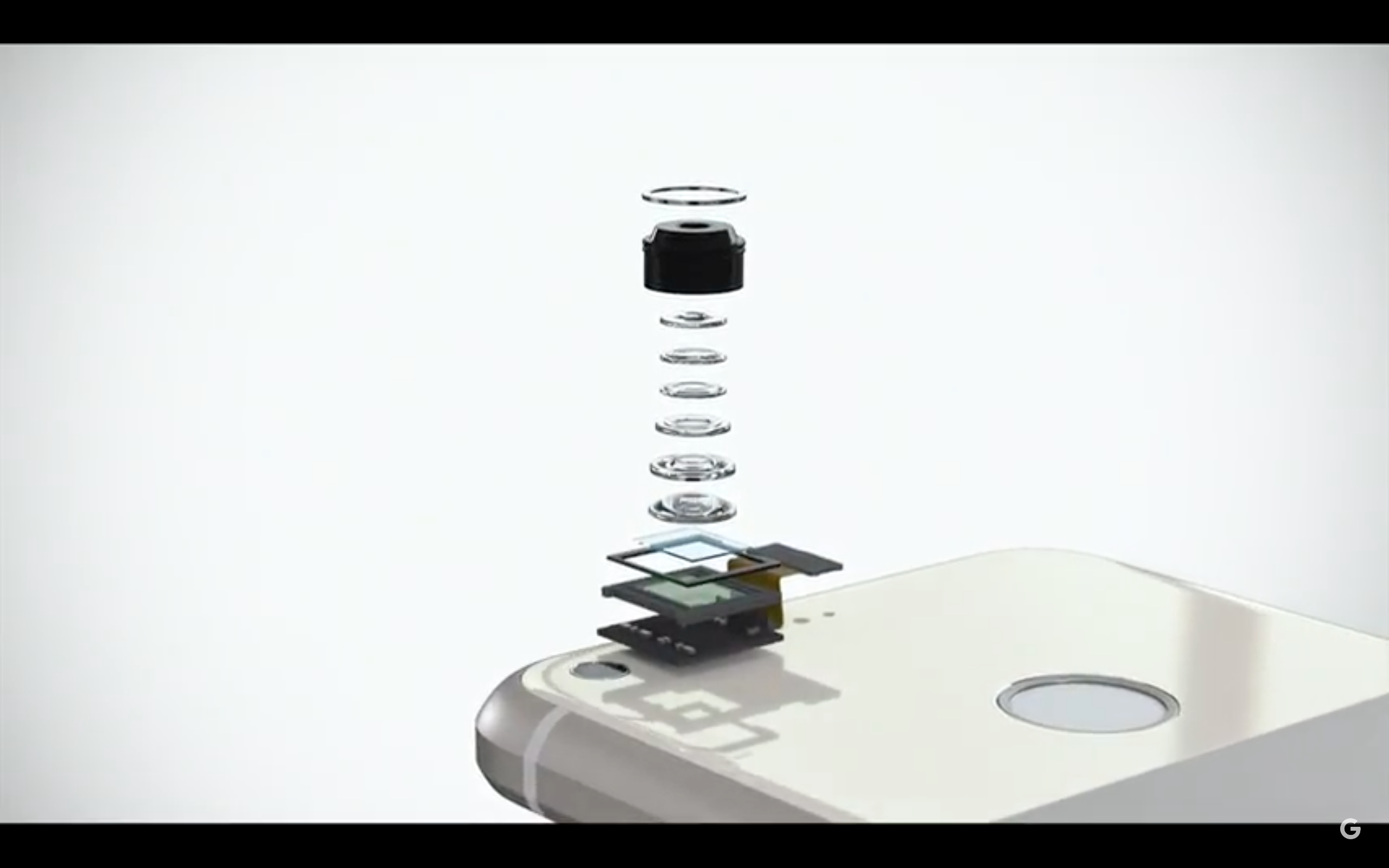 Google spent a long time highlighting the rear camera in both phones, calling it “the best smartphone camera anyone has ever made.” And related to that, the Pixels also feature unlimited full resolution photo and video storage via Google Photos.

With the Pixel smartphones, Google is basically replacing its Nexus line, or at least putting it on hold for this year. The Pixels sport the “G” logo seen on other devices revealed today, though they still very much remind us of the Nexus look and feel.

HTC is the manufacturer behind the Pixels, though unlike for Nexus phones, you won’t see its logo on these Pixel devices. Whereas Nexus meant a partnership between Google and an Android hardware maker, Pixel puts Google front and center while the Android hardware maker is limited to the factory.

In the U.S., the Pixels will be exclusive on Verizon in Really Blue. Very Silver and Quite Black versions will be available for purchase from the Google Store, starting at a whopping $649. The phones are also launching today in the U.K., Canada, Germany, and Australia. Preorders in India will begin on October 13.