Google’s Advanced Technology and Projects (ATAP) has announced an update coming from its skunkworks lab around Project Ara. The company said it will be releasing the developer edition in Q4 2016, and it’s already working on a consumer version that’s scheduled to be released next year.

“Ara has made so much progress this year, it’s actually spun out into a new business unit run by Richard Woolridge [the chief operating officer of ATAP],” Google said. “We’ve implemented a new set of technologies to create a seamless experience. Most importantly we put it where it counts.”

At the Google I/O developer conference, ATAP shared a few announcements around its efforts and demonstrated how far it has come with Ara. The modules that it comes with are designed to work with a variety of form factors, likely extending beyond the smartphone. “Future frames can be larger, they can be smaller, or something completely different than a smartphone,” we’re told. Enabled devices will have six generic slots that can be customized to your heart’s desire.

The idea of Ara is to ensure that your devices are future-proofed, meaning that the whole “upgrade every two years” mentality is no longer a thing. You just connect whatever module you want to your Android device and begin using it — no other setup is required. When you want to eject it, you can either specify the module you no longer want within the settings app or simply tell Google using your voice.

Google is working on giving developers more access to tools that it calls the first “truly modular computing platform.” It considers it to be the equivalent of a software API: “We wanted to create a hardware ecosystem on the scale of the software app ecosystem.” 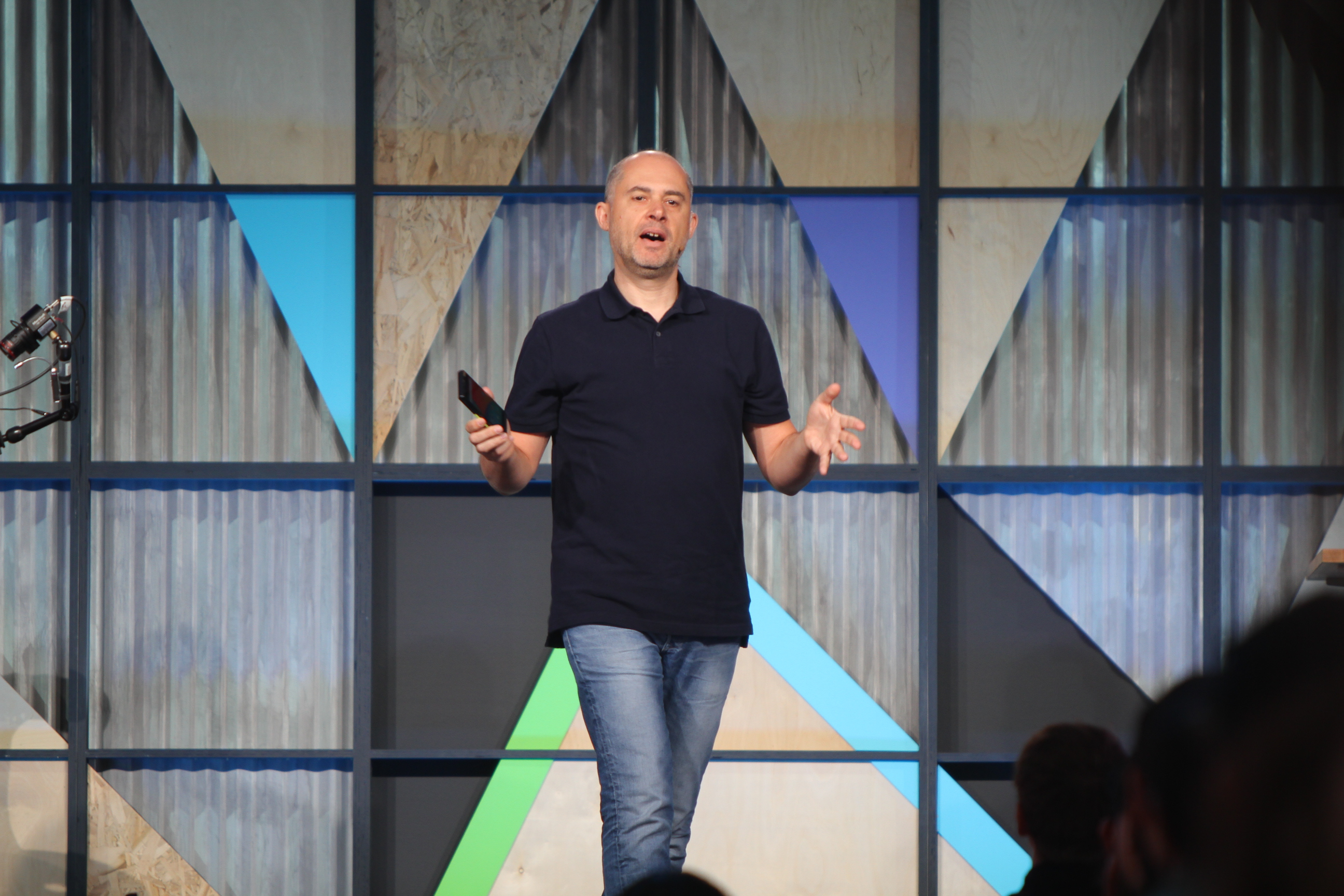 Created by former DARPA director Regina Dugan, who has since departed for Facebook, ATAP specializes in projects that could be developed within two years, which is a much shorter time from Google’s other innovative program, X, which focuses on moonshots. In previous years, the company has shared details around some of the things it’s been working on, including its wearable technology effort Project Jacquard, touch-sensitive textiles Project Soli, and Project Vault, which specializes in encrypting a microSD memory card.

Other efforts in the group include augmented reality technology Project Tango, modular smartphone customization effort Project Ara, and a smart contact lens that helps you manage your glucose levels.