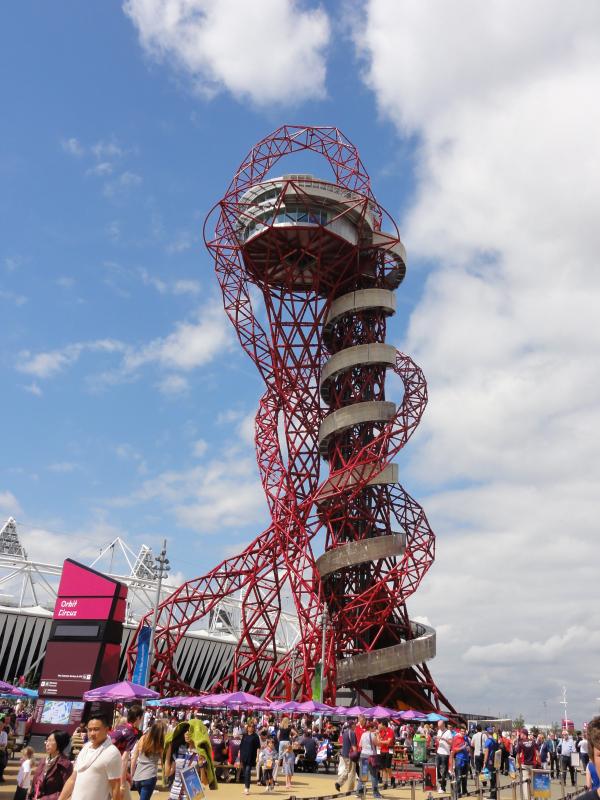 Crowdoptic, a two-year-old Silicon Valley startup, says it can now determine the most popular objects of photos taken during mass-interest events, such as Hurricane Sandy and the London Olympics.

We’ve written twice about the company, once after it launched, and then again after its initial funding last year. But now we’re finally getting a glimpse at what it can really do. 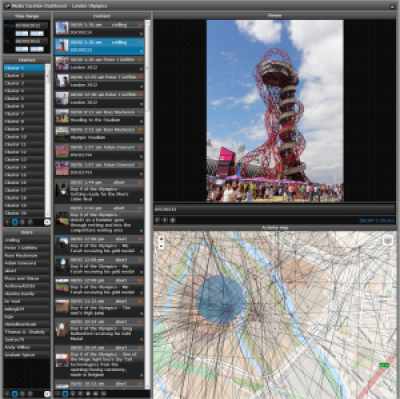 During the London Olympics, the company says it analyzed about a 1,000 photos posted to social media sites by visitors of the Olympics, and found that the ArcelorMittal Orbit observation tower outside the Olympic Stadium was the most popular photo object.

To do this, CrowdOptic first analyzed the photo metadata embedded in the EXIF format, which includes GPS position, compass heading, and time stamp. It then applied algorithms and triangulation techniques to arrive at a relative significance value for each various photo objects. The company said the analysis took 1.531 seconds to complete.

The company did the something similar during Hurricane Sandy. It analyzed thousands of photos shared on social media sites that contained Sandy-related hashtags, to reveal the locations where amateur photographers converged the most frequently. Popular objects included downed tree caused by the hurricane and a devastated home. 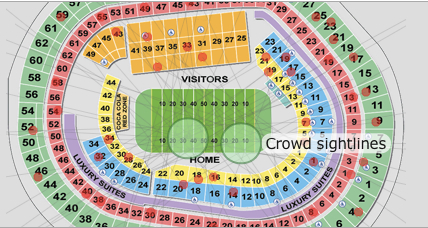 Crowdoptic co-founder Jon Fisher tells me the company had initially tried to rely on an app that people downloaded on their phone. This made it possible for Crowdoptic to capture live phone data, for example, during a football game when a great catch is made on the field. Crowdoptic’s technology could pinpoint where phone cameras are pointed at any specific moment. When phones went up and pointed in the same direction, it was clear something big had just happened.

But getting people to download an app is tough to do, so that’s why Crowdoptic has started using the metadata from social sites. Many social media sites carry the rich image data Crowdoptic needs to do its triangulation work; though some sites, such as Twitter, carry less metadata in their images than other sites.

By freeing itself from reliance on the app (it now uses both the app and web-scraping technology), Crowdoptic can do its analyses after the fact. As long as images have both GPS and compass data in its metadata, the company can technically grab images by the billions from around the web, and find the most popular images, not just by location, but also by image focus — all in a couple of seconds, according to Fisher.

Fisher said the company’s technology could be used by Facebook to help it curate the firehose its images for relevancy. He said he also wants the technology to be used by computerized glasses technology, including Google Glass. This can help people pinpoint objects of significance in their surroundings. “When you see something significant, you pull out your glasses and put them on…we’ll show you things as a function of what other people are looking at.”

This is certainly cool technology. The question is, how does Fisher get Crowdoptic to become truly useful for people, or companies? Fisher has built a context-related technology company before, a computer security company called Bharosa, which he sold to Oracle in 2007. With acquisition trends moving away from favoring consumer companies, toward enterprise companies, something tells me Fisher — who likes to sell his companies to bigger ones — may shift the company to focus on meeting big data challenges in the enterprise. Fisher hinted at just that, when he told me that enterprises are being deluged with images and videos and are trying to sort through it all with products like HP’s Autonomy or Oracle’s Endeca. He’d didn’t articulate just how Crowdoptic gets into the middle of all that, though.