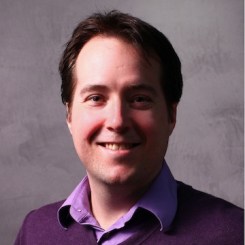 Editor’s note: This discussion about the superphone app platform is one of the five themes we will be focusing on at the VentureBeat Mobile Summit, on April 25-26. We’ve carefully invited the top executives in mobile to discuss the biggest challenges of the day, which, if solved, can lead to much faster growth in the industry. And at our discussion about HTML5 versus native, we’ll have top executives around the table, including Facebook, Google, Verizon, Sencha, AT&T and more.

With Android and other devices eroding the once monolithic iOS mobile app market, many developers face the costly prospect of developing for multiple mobile platforms. This, in turn, has led to a resurgence of the web vs. native debate that VentureBeat editor-in-chief Matt Marshall clearly outlined in a post several days ago.

The debate is personal for me, since I created the open source mobile web application development framework SproutCore while on the MobileMe team at Apple, a framework that lets you build mobile web apps that have many of the benefits and none of the problems of platform-specific apps.

So I’m here today to say that the debate is over: The web will win, but it won’t be the web of 2005. The iPhone and other mobile devices have forever changed the way users perceive software. iPhone apps have a user interface you can touch. They use hardware acceleration. They work offline.

Traditional web apps do none of this – which is why you see so many developers gravitating towards native technologies today despite the fact that mobile web browsers are also some of the most powerful the world has ever seen.

The problem isn’t the browser; it’s the apps. Most web apps in existence today were designed for a PC era. They were built for a world of mice, high speed internet, and legacy web browsers (like IE6). Mobile devices are just the opposite; touch-based with powerful web browsers, but often used on slow and unreliable 3G.

This change in context is dramatic. Some things that were fast now seem slow. Other things that were impossible are now easy. Even newer web apps, built using techniques that were cutting edge three years ago today, feel old and obsolete when compared to what today’s technology makes possible.

We need to build a new web experience that embraces all the benefits of native without trying to copy it: touch and gesture-driven interface, lightning fast speed, integration with next-generation web browsers. And we need to improve upon the native experience and build in functionality that makes true multi-device deployment possible: persistent data store, automatic data synchronization across platforms, easy deployment to multiple devices, built-in discoverability and the ability to work off-line.

Today’s mobile app developers are faced with two bad choices: 1) They can either build native apps, which are increasingly expensive and hard to manage due to the proliferation of mobile platforms in the market. 2) They can use today’s web development approaches, which basically force them to try to mimic the native experience in a way that doesn’t deliver a positive consumer experience.

But, as I’ve said, there’s also SproutCore, the first web application development framework available today that lets you build web apps that deliver the user experience typically associated with native apps. At my new company – Strobe Inc. – we have a team of developers with a long history of building easy-to-use web platforms, like Ruby on Rails, who are now actively enhancing SproutCore to make it easier to use, more powerful, and available on more platforms.

We have a long way to go until the web sees its final victory. The next few years will be a wild ride for developers and users alike. SproutCore is a solid start on this vision and the best way available today to place your bet on the web to win.

Charles Jolley is a co-founder and CEO of Strobe, a software and cloud services company focused on the mobile web. He is also the creator of the SproutCore open source framework. Before founding Strobe, Charles was responsible for MobileMe application development at Apple.