The first thing you notice about the M9 is the metal shell, which HTC describes as having a “two-tone, silver and rose gold metal finish.” The seamless piece of metal surrounds the the whole phone, outside the screen.

The phone is powered by a new Qualcomm Snapdragon chip. The LTE modem is capable of 450 megabits per second download speeds. 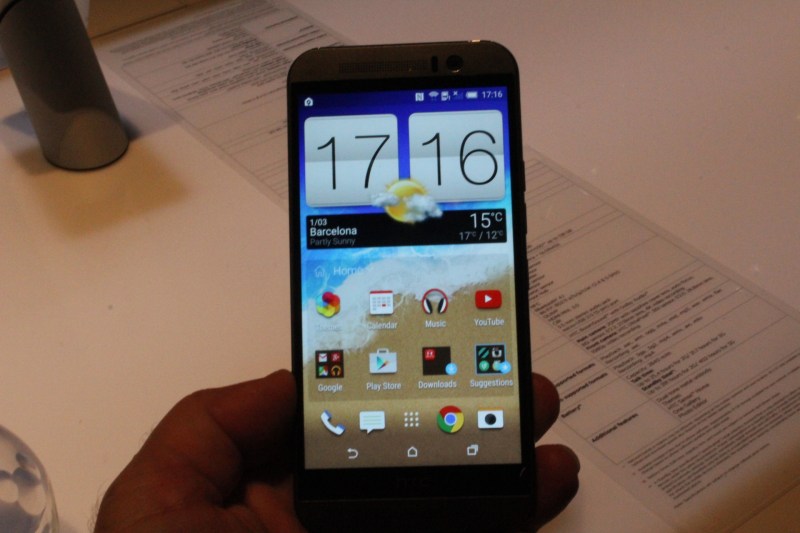 The announcement took place in a large auditorium full of perhaps 1,000 phone geeks from all over the world.

The M9 phone gets a new 20-megapixel camera on the rear, which will soon be the norm in premium phones. The front camera also gets an upgrade for “better selfies in low light.” The camera also shoots 4K video. 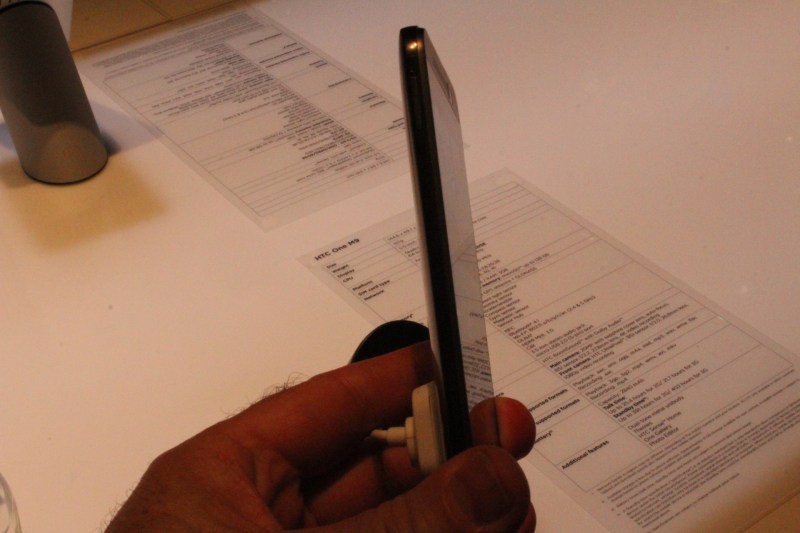 A new HTC Sense Home widget places apps on the desktop dynamically, based on usage frequency or time of day or the location of the phone. HTC Sense is a software overlay designed to add new interface features and run on top of stock Android. 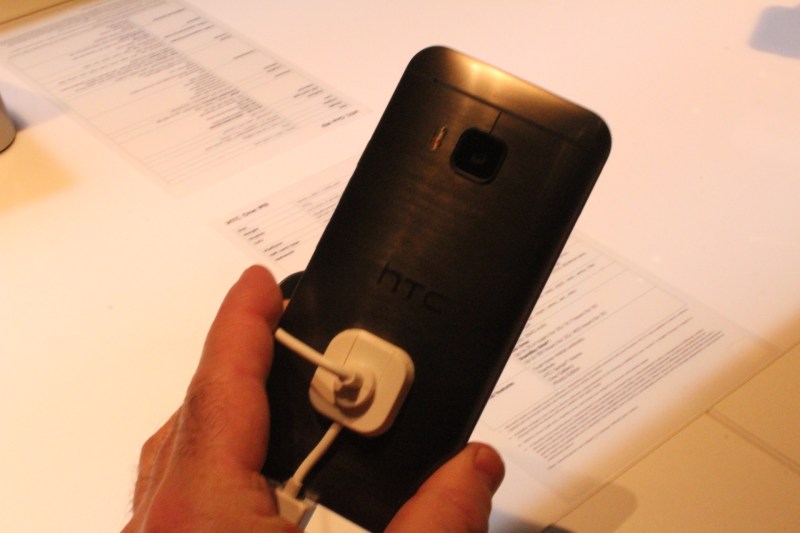 Another Sense feature, called BlinkFeed, gives you suggested food ideas based on the time of day.

Another new Sense feature called HTC Connect lets you three-finger swipe to stream music (and possibly video) to other audio/video hardware in the room. 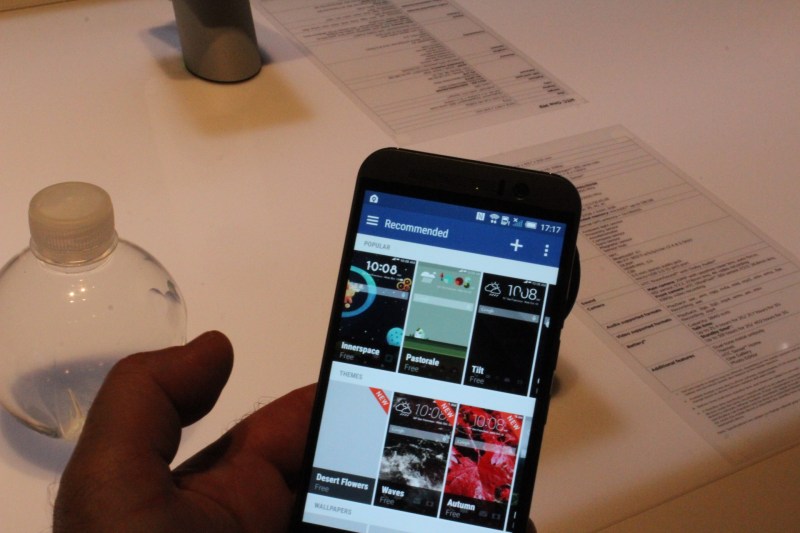