Chinese mobile giant Huawei unveiled its new flagship phones today at a splashy ceremony in Paris, as the company moves aggressively to raise its profile outside its home territory.

Like nearly all major smartphone vendors, Huawei primarily emphasized advances in the phone’s camera system, including greater use of artificial intelligence to improve photo quality and a third telephoto camera lens on the back of the larger P20 Pro, a system the company continues to develop in partnership with Leica.

The phones also adopted the “notch” design first used by Apple for its iPhone X last fall but since used by other vendors, such as Asus. Though Huawei insists its notch is narrower. 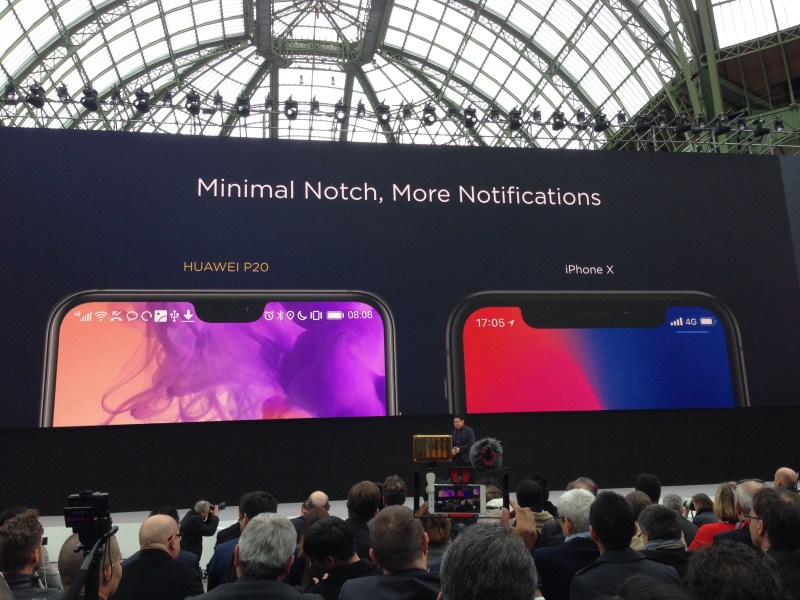 “We are fusing both art and technology in the devices we will bring tomorrow in a way that will be apparent not only in its design, but in the advanced camera system we are building,” said Peter Gauden, Huawei’s global senior product marketing manager, in a briefing with journalists the day before the event.

The event comes on the heels of rapid global expansion for Huawei. In terms of selling networking gear, it has become the largest vendor on the planet, and the company has also made big strides selling consumer hardware in regions such as Asia and Europe. Huawei grew from just 2 percent market share in Europe three years ago to 13 percent last year, putting it just behind Apple for second place.

But Huawei continues to face big hurdles in the U.S. market, where political and security concerns have made carriers and retailers reluctant to work with the Chinese company. Best Buy announced last week that it would stop selling Huawei phones, and the Federal Communications Commissions is considering placing some restrictions on subsidies for Chinese phones.

The result is that while Huawei leads the Chinese market with 19 percent market share, its global market share sits at around 10 percent. In 2017, the company’s growth hit its slowest rate of the past several years.

Huawei is hoping the marketing buzz from its big event today, as well as the new features on its flagship phones, will get those figures moving in the right direction again and help it gain some notice in the U.S., where consumers will only be able to buy full-priced unlocked versions online.

Intentionally or not, nearly all the details of the phones had leaked prior to the event, so there weren’t many surprises left for the big reveal — though a third, lower-cost version of the P20 that was rumored was not announced today.

To set its phone apart, the company says it has invested heavily in not just the hardware, but in developing special AI for the camera that will automatically chose which advanced settings to use in a given situation for a more professional look. Gauden noted that while competitors may be expanding camera features, many of these are too complicated for the average user.

“We know there is a trend within the industry to increase professional features in your camera system,” he said. “That’s okay if you increase the skill set of the user — because not everyone is going to understand how to get the best out of those features. We are using AI to bridge the skill gap.” 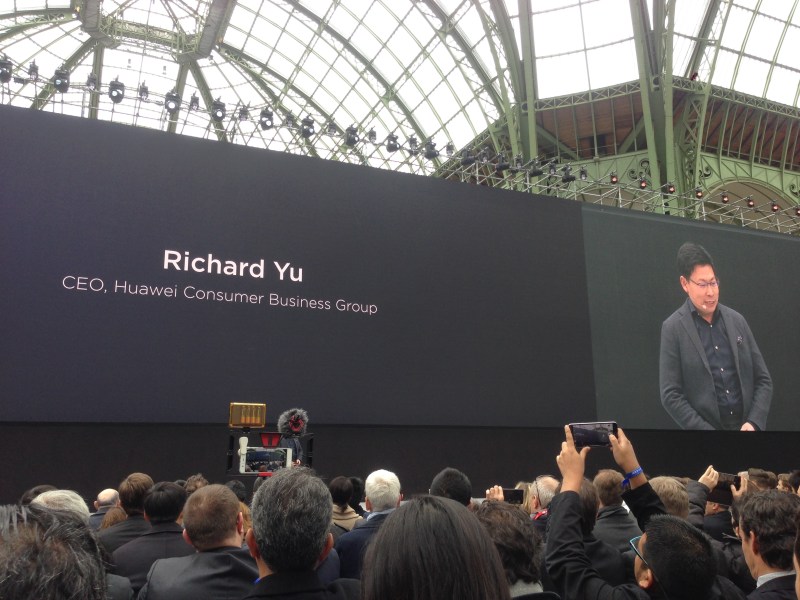 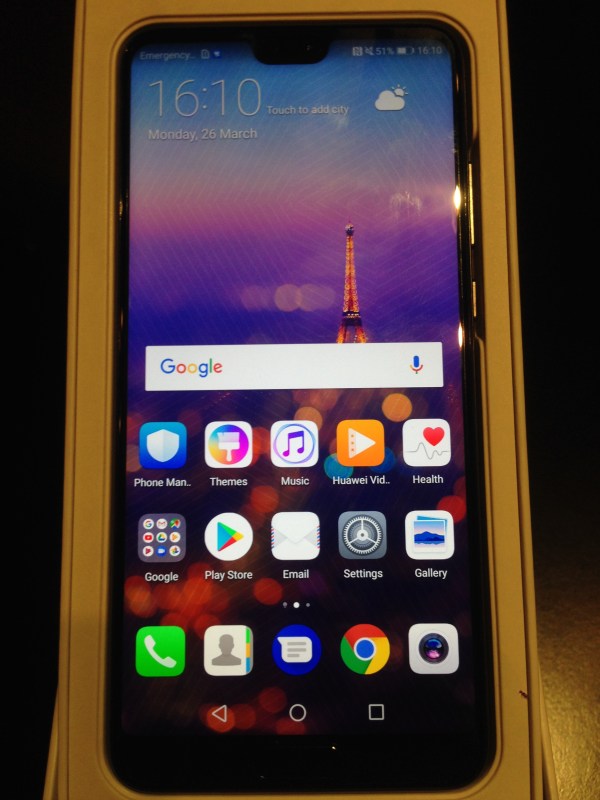 But most of the attention before and during the event was focused on the P20 Pro, a version that will replace the P10 Plus.

On the P20s, the Android navigation keys are on the screen and disappear to allow for a full-screen view. The fingerprint sensor makes them reappear. 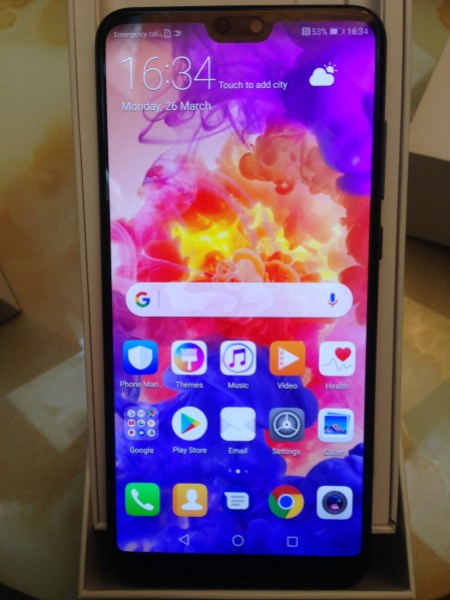 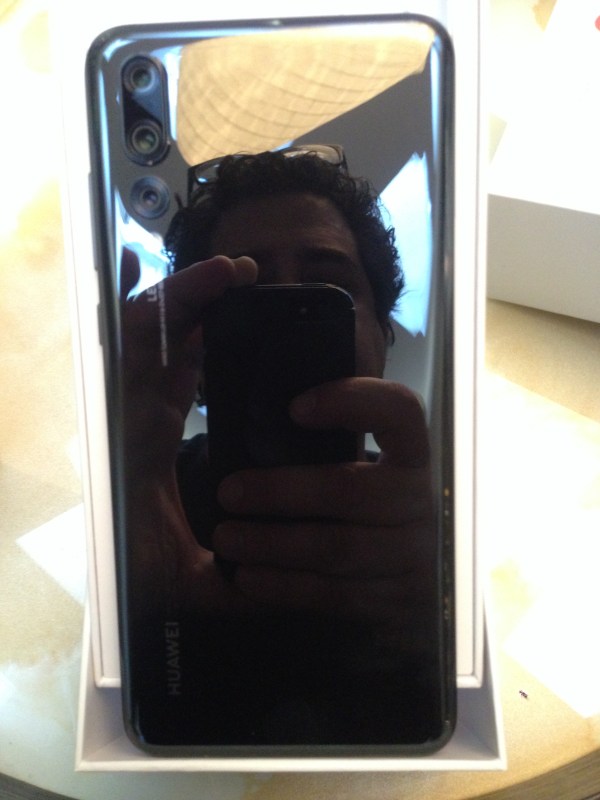 Leading up to the event, Huawei had been teasing the unusual three-camera system on the back of the P20 Pro. The three cameras now include a 20MP Mono Lens, a 40MP RGB Lens, and an 8MP Telephoto Lens. A laser transmitter and laser receiver allow the cameras to better identify objects and adjust settings accordingly, the company said.

These combine with the AI to identify objects (a group photo, text, animals, etc) and optimize the settings.

The telephoto lens in particular allows for much greater closeups and captures far-off objects without losing much picture quality. And cameras include a “predictive” feature to reduce blur for objects in motion. Users can also take a picture in .3 seconds, according to Huawei, by just taking out the phone and pressing the down volume button.

And the 960 frames per second allow for super slow, a feature that Samsung hyped with its Samsung Galaxy 9 series. Its AI also adds additional stabilization to allow for longer-exposure photos in low light that aren’t so blurry. 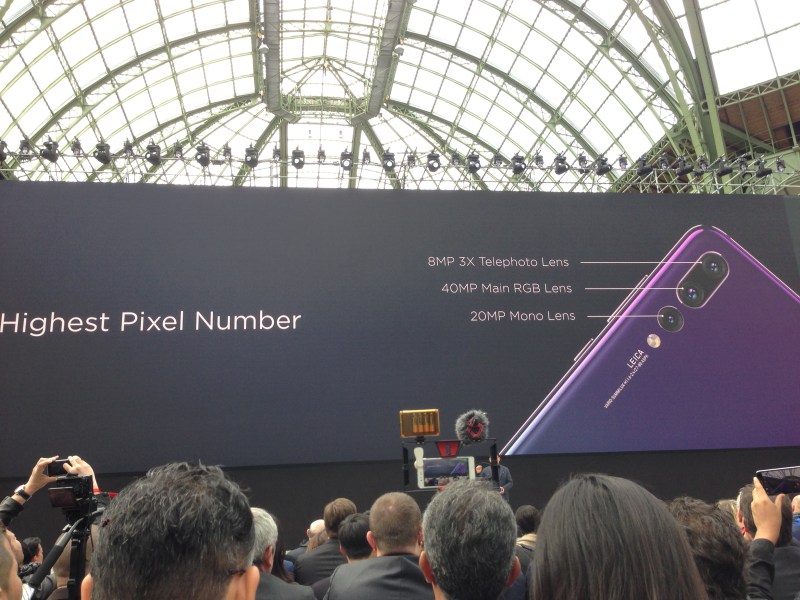 Finally, the company has designed the backs with some nifty finishings that give them a mirror-like reflective surface. Along with a handful of standard colors, there is a new gradient version called Twilight that changes color as it’s hit by light from different angles. 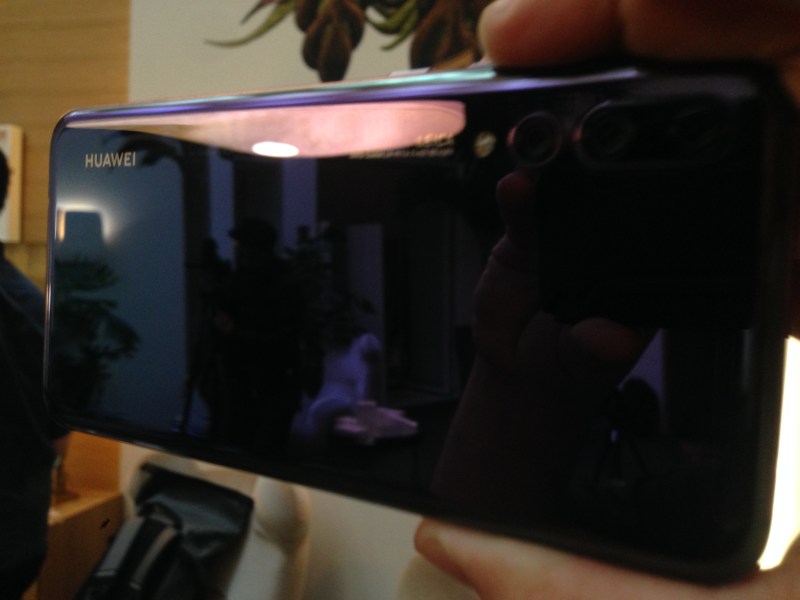 Above: Huawei P20 Pro with Twilight back.