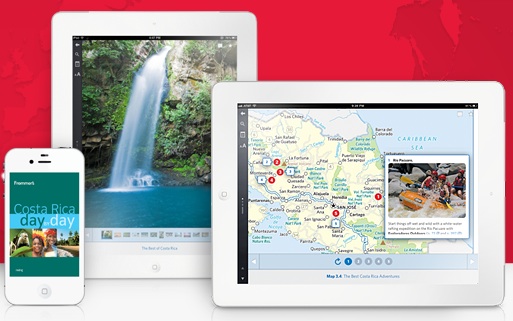 Inkling’s digital publication platform helped textbook makers move to the iPad. Now, the company is setting its sights on travel with the launch of Frommer’s Day by Day travel guides for the iPad and iPhone.

Travel has traditionally been one of the lowest performing digital content segments, Inkling CEO Matt MacInnis told VentureBeat in an interview yesterday. That’s because many consumers would rather grab a traditional paper travel guide, which they can dog-ear and bookmark as much as they need to, rather than a digital guide that’s harder to navigate (and requires a device that’s more tempting to steal).

Using Inkling’s platform — which allows you to search, bookmark, and navigate through digital content easily — and Frommer’s rich travel information, the new Day by Day books end up being far more useful than a mere paperback. The new Frommer’s digital books also marks the first time Inkling has brought its platform to the iPhone, giving you instant access to all of the content of the iPad version on the go. (An update in a few weeks will add log-in capabilities, which will let you synchronize data between the iPad and iPhone apps.) 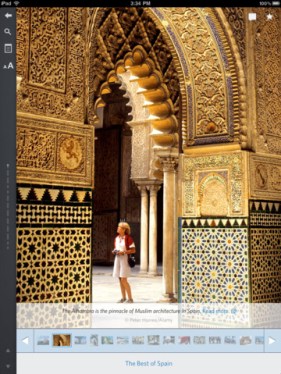 The Day by Day digital books retail between $10 and $15, and are available as individual apps and within Inkling’s app. They’re also universal binaries, so you can purchase them once to use them on both your iPhone and iPad. They contain over 650 maps and more than 2,000 Retina Display-ready photos, which makes it easy to plan upcoming trips on the new iPad.

The apps contain both indoor maps for locations like museums, as well as outdoor maps that point to interesting destinations in their respective locations. The maps are entirely local, so you don’t need to worry about having cellular data to view them. The maps don’t take advantage of GPS functionality, because travel maps typically aren’t made to scale, MacInnis said. But Inkling is working on a way to implement accurate GPS within the apps down the line.

In addition to creating notes just for yourself, you can also make them public, which adds an intriguing crowdsourcing element. It brings some of the interesting social elements from sites like TripAdvisor on top of Frommer’s professional travel guide data. Authors can also make their own notes within the digital books.

MacInnis tells me that he used France Day by Day app to plan his honeymoon, and he was particularly surprised by how useful the high-res iPad images were for deciding on which locations to visit.

Looking beyond textbooks and travel, MacInnis says he’s excited to bring O’Reilly’s books to the Inkling platform, starting with the Missing Manual series. He said that readers can expect cool functionality from the digital books. “Why read about Javascript, when you can just run it from within the book,” he said.

San Francisco, Calif-based Inkling was founded in 2009, and raised a round of $17 million last summer from Tenaya Capital, Jafco Ventures, Pearson Education, and Sequoia Capital.