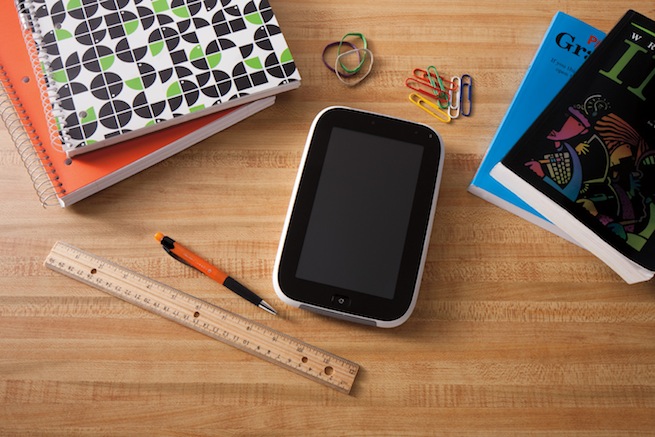 Intel wants device vendors around the world to brand and market the devices, tailoring their software to the local market. That is, each tablet should run in that country’s language and have the local nuances that would make students feel at home using the technology. The device is made of rugged plastic, is water and dust proof, and has sports shock absorbers around the screen’s corners. 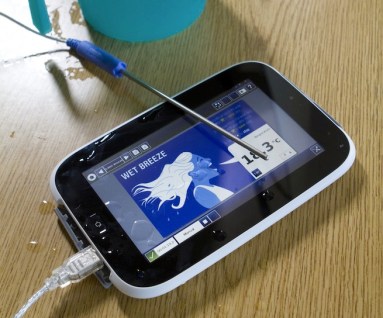 Vendors that do add the tablet to their lineup will be able to price it based on how expensive the software is, as well as any hardware add-ons they include. A vendor might add a piece of hardware that turns the tablet’s camera into a microscope, for example, according to the Wall Street Journal. Intel does hope, however, that the tablet will retain a starting price of below $200 so that it remains affordable to schools.

In October, India’s government partnered with Canadian developer DataWind to create an extremely cheap Android tablet that, while not exclusively aimed at students, could have a huge impact on tech in the Indian classroom. The tablet, which VentureBeat got a first look at, only costs $35. It is subsidized by the government, and would otherwise cost $60, still very cheap when compared with its Android brethren. While the DataWind tablet is certainly not as fast or smooth as consumer tablets are, it is still powerful and can be tailored with apps to fit a number of needs. Check out a video of that device here.

Apple also has an obvious stake in the educational tablet market. The company recently announced iBooks 2, a set of interactive textbooks that compete with companies like Chegg, Inkling, and Know.