As the world shifts from traditional to digital photography, our desires around the printed images that hang on our walls or live in our photo albums are also shifting. Digital picture frames were once a thing, but they required consistent and manual updates to keep images fresh. In an era when people are accustomed to sharing photos on Facebook, Flickr, Instagram, and Snapchat, is there room for a modern take on photo display?

Joy believes so, and it has launched its interactive photo album to prove it. Started by a team from Apple, Sonos, and Yahoo, the company has produced a hardware device that is designed to live right on your coffee table. The device — which gives you the sense that you’re using a old-school album that’s not only digital in nature but also collaborative — is now available for preorder, with a retail price of $499. 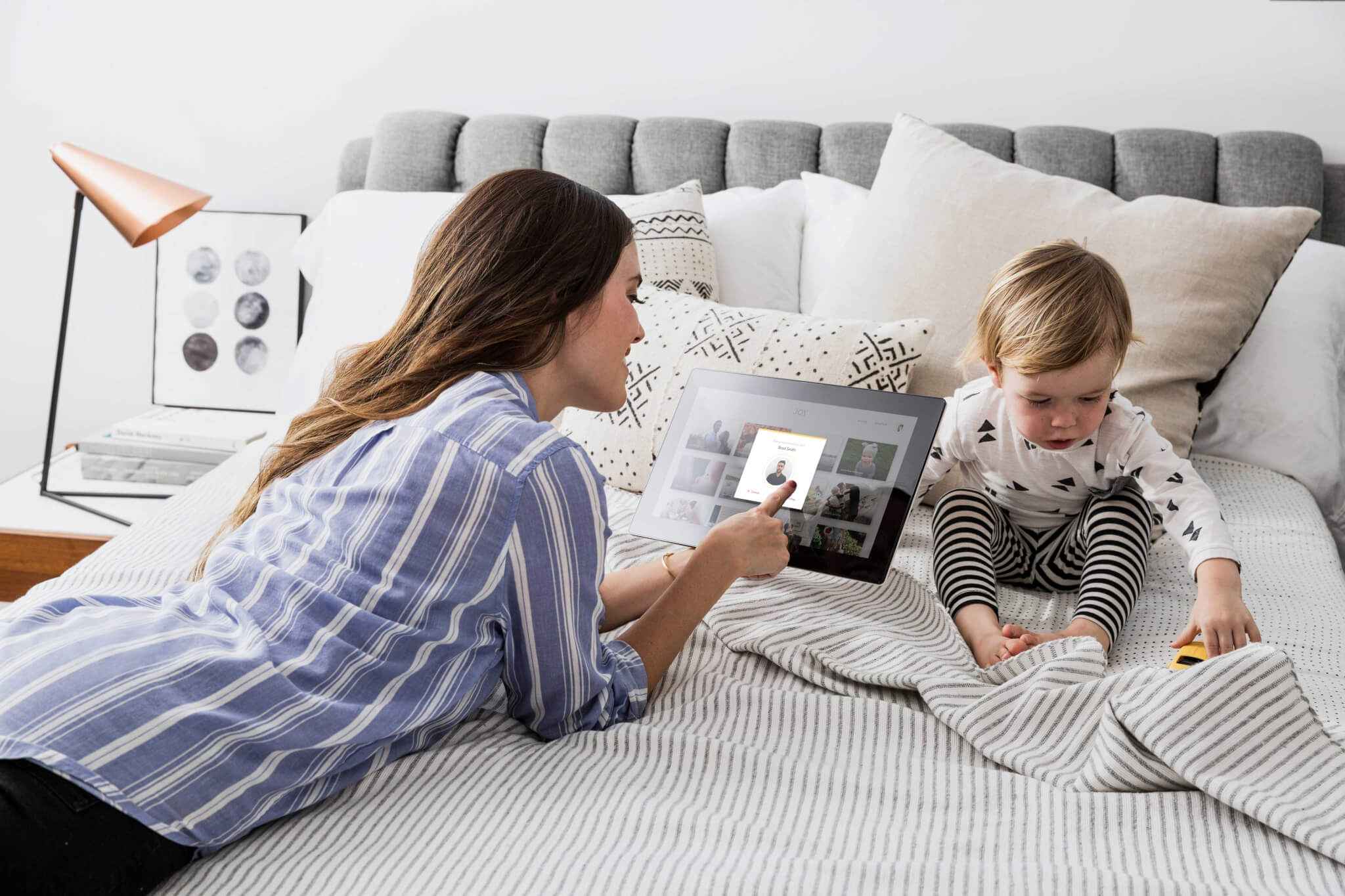 Joy’s photo album might seem like a novelty at first glance. But the magic rests behind the scenes. As company chief executive and cofounder Alan Chan explained, the inspiration for Joy came when his wife’s home burned down a few years ago, destroying everything. In that extreme situation, the one thing people tend to grab is their photo albums, but the question now is which one? These days, our memories are stored not only in multiple books, but also on hard drives, phones, and on cloud services, so it’s not easy to locate all those precious family photos.

Armed with a 13.3-inch screen size, full high-definition touchscreen display, and a wireless charging base, and weighing just 2 pounds, the Joy album is easily transportable. But unlike a digital picture frame, this offers different layouts, so you’re not just swiping image after image — instead, it features a Flipboard-like design. What’s more, it’s a collaborative platform, meaning that your friends and family can contribute to albums — similar to a model used by Storehouse and Facebook Moments. 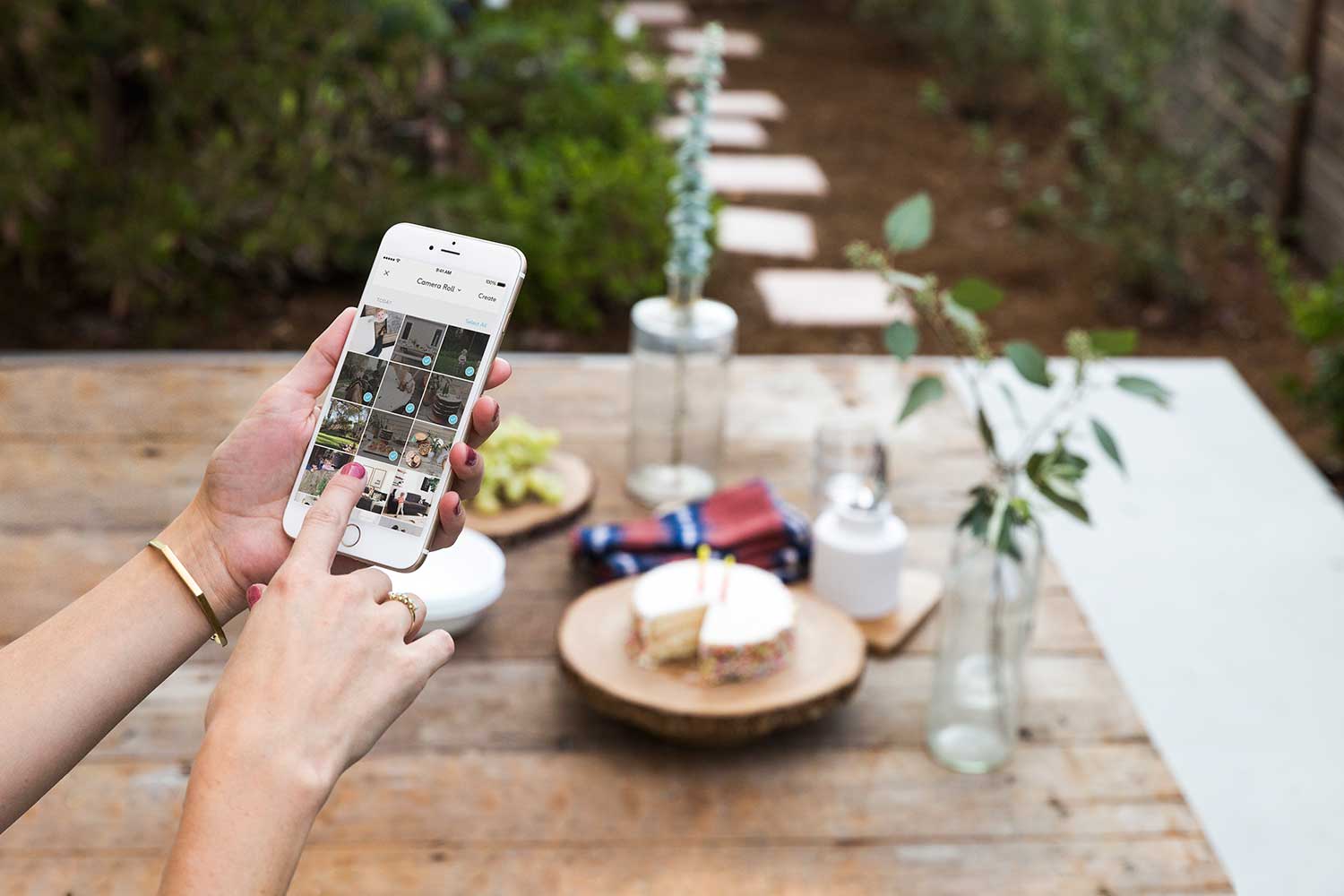 Photos can be imported not only from your phone, but also from Instagram, Facebook, Dropbox, and Google Photos. The device can support your standard JPEG, PNG, and TIFF photos, as well as RAW file formats and 360-degree photos and videos. You can even share photos by emailing them to album@joy.co and carbon copying (cc’ing) the album you want to place the photo in. Chan said you just need to have the name of the album in the subject line, attach the photo or video, and hit “send.”

There’s also a social feature called Storytime, which allows conference calling and screen sharing between Joy albums. If you want to share photos of your last trip with parents who live far away, instead of posting them on Facebook, you can import the files into Joy and do a Facetime-like chat while narrating your photos and videos. 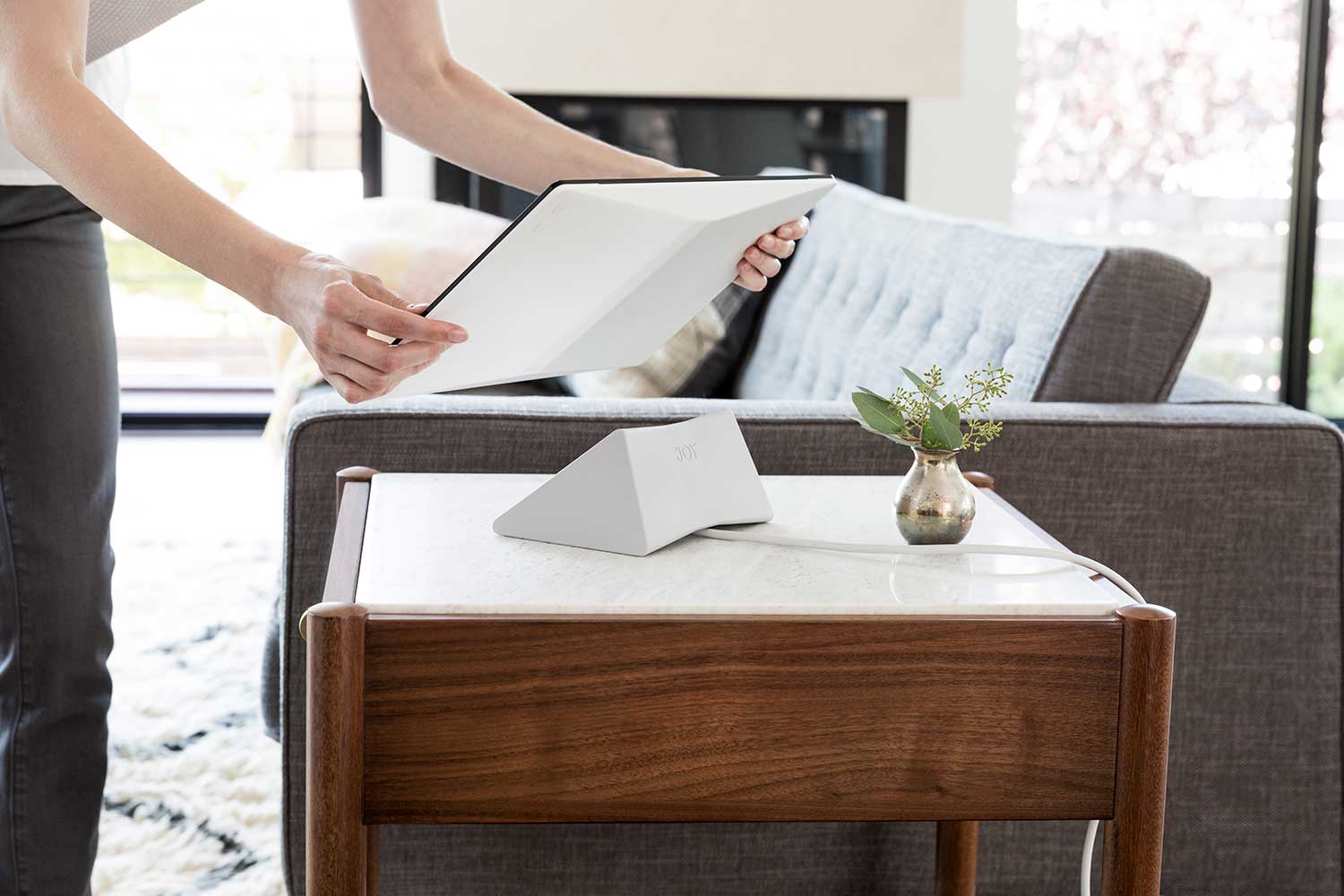 The device is powered by the cloud, meaning that the hardware doesn’t have any local storage. Every customer will receive 10GB of cloud storage, which will store every image and video in full resolution. For those who need more space, Joy will provide a subscription service that Chan said will be priced comparably to Dropbox and Google. 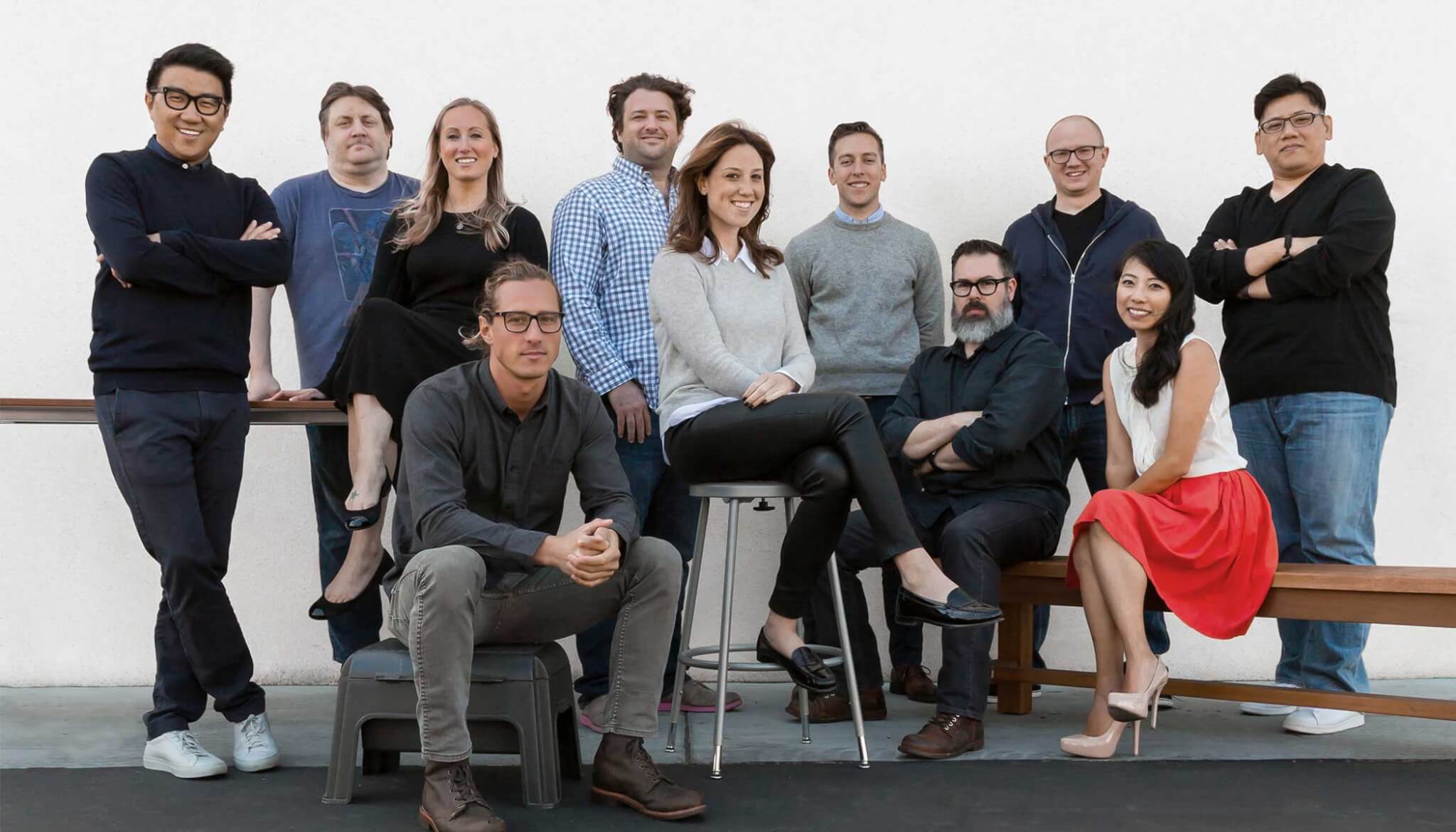 Investors have paid attention to what Joy is doing and today have invested $2.5 million into the company. The seed round was led by Obvious Ventures, with participation from the Chernin Group, Maywic Select Investments, and BoxGroup.

However, Joy isn’t the only one who’s recognized that there’s a problem with photo storage and display. Others — such as Aura Frames — are also searching for ways to reimagine the age-old picture frame. That company recently announced it had raised $6 million in funding to solve the question of how to make digital picture frames interesting again, while taking photos from the “black hole we call ‘Camera Roll’ and [having them] magically appear in your home.” There’s certainly an appetite for this technology, so the race is on to find the solution that best works in people’s households.

The Joy album is available for preorder right now. Its retail price is $499, but for a limited time it’s discounted at $299. An accompanying mobile app will be made available in early 2017 for iOS and Android.