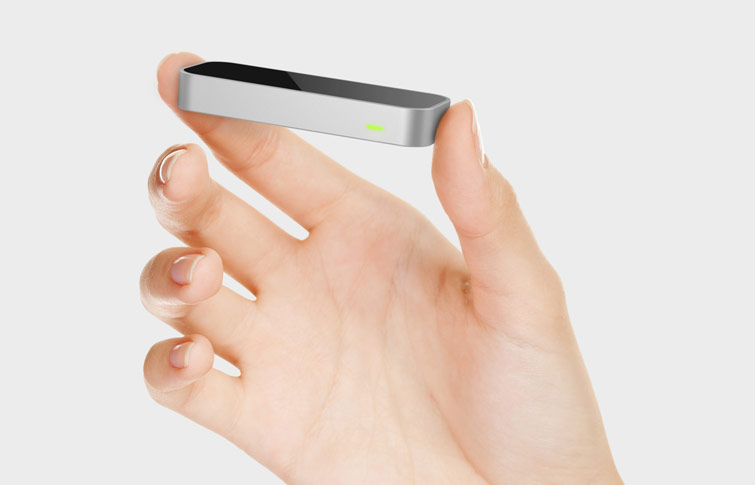 Leap Motion announced a ground-breaking partnership with ASUS this morning. With this deal, Leap will bundle its computer-controlling hand gesture technology with PCs direct from the manufacturer for the first time. And the company unveiled a new $30 million funding round from existing investors, including Founders Fund and Highland Capital Partners.

The partnership with ASUS will see the Leap, a device about the size of a pack of gum, bundled with select ASUS computers shipping this year. The Leap functions much as a Nintendo Wii or Xbox Kinect but is much more precise and sensitive, tracking movements of both hands and all 10 fingers at 290 frames per second and detecting movements as small as 1/100 of a millimeter.

I talked to Leap Motion’s president and chief operating officer, Andy Miller, about the announcements.

“We’re starting with all-in-ones and then moving to high-end laptops,” Miller said. “An all-in-one is just a great demonstration of our technology.”

Bundling the Leap with ASUS is just the beginning, Miller told me. The Leap adds physical gestures to the now-standard computer interface vocabulary of visuals, mice, keyboards, and touch, and “lots of other OEMs” are interested in the technology.

“Companies are interested in using Leap in laptops, tablets, robotic surgery … we’ve been contacted by thousands of places from fast-food places to fighter jet manufacturers to integrate this technology,” Miller said.

40,000 developers have expressed interest in building software that takes advantage of Leap’s gesture technology, and Leap Motion has already sent out 12,000 units to help developers build and test their code. Apps that are being built for Leap include games, productivity apps, music and art apps, and more, Miller said.

Leap Motion is also building an app store so that developers can monetize their Leap-compatible apps. The app store will be available for both Windows 8 and Mac OS X.

I asked Miller if Asus will be building any Leap-specific apps, as the computer manufacturer has already built a significant amount of software for its netbooks, laptops, and desktops in an attempt to differentiate itself from competitors. Miller confirmed that “it’s on the table,” and that the Leap is now “getting into their roadmap,” which would enable ASUS to build software that integrates gestures into a native, built-in way to interact with the company’s PCs.

Leap’s gesture-based technology seems a natural for gaming, and Miller said Leap Motion is also talking to gaming console manufacturers about incorporating better-quality gesture support into their platforms, but that “it’s not our priority right now.”

The Leap is now available for preorder at $69.99; the retail version, when available, will cost slightly more. ASUS has not yet set pricing for its Leap-equipped PCs, however.

The new $30 million funding round will help Leap Motion bring the technology to other OEMs and to retail channels later this year.

“Leap Motion is poised to fundamentally change human/computer interaction, and this new funding will help us bring our technology to the mass global market,” Leap Motion CEO Michael Buckwald said in a statement. “With this influx of capital, coupled with the major OEM partnership we also announced today, we’re ready to make 2013 the year of the new interface.”

Here’s a Leap in action: