Smartphone attachment syndrome is a thing. Some psychologists assert the urge to reach for the buzzing handsets in our pocket is rooted in instinctual curiosity, while others argue it’s a form of addiction fueled by fear of falling out of step with friends, family, and the world at large. According to a survey conducted by electronics buyback marketplace BankMyCell, the average smartphone user checks their device 63 times a day. And while a majority (58%) say they’ve tried to limit their usage, only 41% say they’ve been successful.

“The real value of the Light Phone is when it can offset much larger chunks of your smartphone usage, if not completely,” wrote Light in a Medium post. “That is why we [created] the Light Phone 2, so we can comfortably go light more often, or for good … We really believe the world deserves a refreshing alternative in the technology space, and the original Light Phone was hopefully just the beginning for Light.”

This sordid state of affairs drove Joe Hollier and Kaiwei Tang, an artist and product designer who met inside of a Google incubator in New York City in 2014, to found Light, a Brooklyn-based startup developing phones designed to discourage their overuse. A year following the debut of its first product — Light Phone — and months after the launch of the Indiegogo campaign for its successor — Light Phone 2 — Light today revealed that it’s begun shipping the Light Phone 2 to backers. It also announced preorder availability of the Light 2, which can be purchased on Light’s website for $350 ahead of a mid-October ship date. 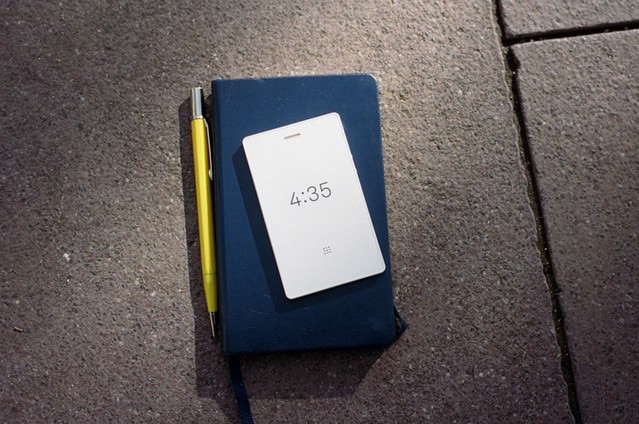 So what’s the big deal about Light Phone 2? Well, it’s a plastic-clad, credit-card-sized smartphone that features a speaker, a custom black-and-white E-Ink display, a proximity sensor, and a microphone. Beyond a power button and a lock button, it’s bare-bones by design save a Micro USB port and a SIM card slot. The Light Phone weighs just 38.5 grams, appropriately, and packs a chipset that keeps its stripped-down version of Android humming along without complaint.

The Light Phone 2 works independent of a smartphone and supports calling and basic messaging, but it’s intended to complement rather than replace something like an iPhone XR or Samsung Galaxy S10. To this end, it requires cellular service, which Light offers for $30 a month in the U.S. in partnership with Verizon, AT&T, and T-Mobile. If you opt not to sign up, you’re able to pair the Light Phone 2 with your primary phone and set up call forwarding, so that incoming and outbound calls route through the former.

The Light Phone 2 introduces a new user experience with what Light calls “tools,” no-frills apps intended to make the Light Phone 2 a more capable daily driver. At launch, they include a calculator and alarm clock, with more to come down the line like turn-by-turn directions, ride-sharing, and “find my phone” functionality.

The Light 2 and its predecessor are emblematic of an industry trend toward technology engineered to cut down on distractions. The Android-based Palm phone, which launched earlier this year, has a screen that’s compact (3.3 inches) almost to the point of uselessness, while the Siempo is organized around the idea of “intentions,” or goals you might want to accomplish when you unlock it. One of the most buzzed-about phones two years ago was the Nokia 3310, a tribute to the “dumbphones” of yore. And both Google and Apple have introduced time-management features to their respective mobile operating systems. 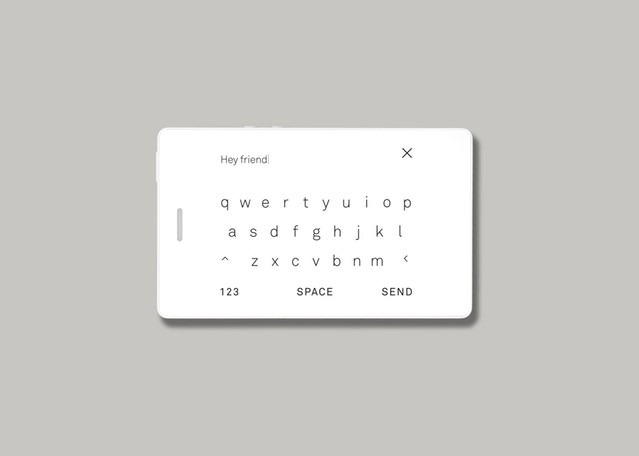 Above: Messaging on the Light Phone 2.

Time will tell if artificial constraints like small displays, stripped-down interfaces, and time limits help us to foster healthier relationships with our electronics. But one thing’s for certain: Products that promote digital wellbeing like the Light Phone 2 — which raised $600,000 on day one and has a 50,000-person waitlist — are experiencing something of a renaissance.