Lioness makes a sex toy that is akin to the Fitbit of vibrators, and it is using the data from its biofeedback sensor to visualize female orgasms as works of art.

The Artgasm is a kind of music visualizer that turns data from female orgasms into pulsating art animations, and it will be on display publicly for the first time at CES 2018, the big tech trade show in Las Vegas next week. Each visualization charts data from an anonymous individual’s real orgasm. It’s all part of the company’s quest to become a leader in sexual health and to educate women and couples about their own sexuality through data-centric, objective analysis. 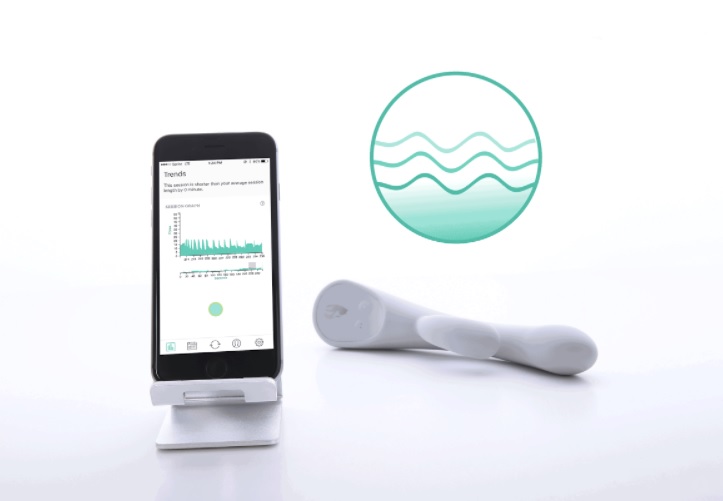 The Artgasm will be on display at various venues, and starting this spring Lioness will share it with users via its app.

Through Artgasm, Lioness aims to give women another way to view, understand, and appreciate their unique bodies and experiences.

“Before founding Lioness, I used to be an artist and did work related to gender and sexuality,” Klinger said in an email. “I made life casts (sculptures) of the female body. Many models I worked with voiced insecurities about their bodies at some point during the process — one boob looks droopy, something looks too big, too small. Something was always too this or that.” 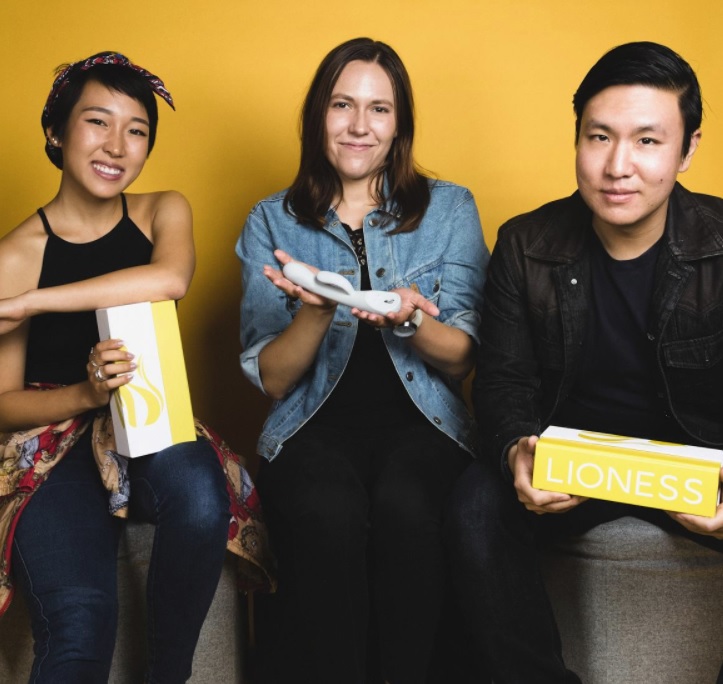 Above: Left to right: Anna Lee, Liz Klinger, and James Wang of Lioness.

Klinger started her career as an artist, and her work has been featured in settings ranging from magazines to northern New Hampshire galleries to Lower Manhattan pubs. Cofounder Anna Lee was previously a mechanical design engineer on the Amazon Lab126’s Concept Engineering team that launched the Kindle Voyage and Amazon Dash button. And cofounder James Wang is a data and AI expert who previously worked at Bridgewater, the world’s largest hedge fund, and at Google X on the Makani team.

“Our users so far have used Lioness to explore their own experience of pleasure, try new things, and address questions they’ve had in the back of their minds but haven’t had a chance to ask or explore in other ways,” Klinger said.

The Artgasm captures a visual representation of a user’s physiological reactions during arousal and orgasm. By using the data collected from the user’s session, the team has created art that “depicts the orgasm pattern in a fun and wild way,” Klinger said.

The company has seven employees.