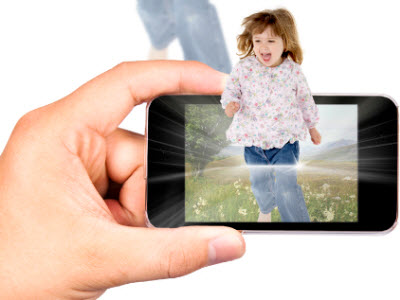 Most stereoscopic 3D experiences are weak. The glasses-free Nintendo 3DS turned out to be a disappointment, forcing Nintendo to slash the prices on that handheld gaming device. But the glasses-free experience MasterImage 3D has developed is something altogether different. From what I’ve seen so far, it’s going to offer an outstanding 3D experience on smartphones and tablets.

Roy Taylor (pictured below), executive vice president and general manager for MasterImage 3D, showed me a working prototype of the company’s new screen based on what it calls “cell matrix parallax barrier” technology. The quality blew me away. On a 4.3-inch WVGA screen, Taylor showed a 3D movie running in stereoscopic 3D. I didn’t need to wear glasses to see the sharp 3D imagery. When I moved my head, it didn’t get blurry. And if I moved my head too far to the side, it gracefully transitioned to a two-dimensional image.

“We’ve measured their alignment accuracy and we believe we’re 500 percent more accurate than the 3DS,” Taylor said in an interview at the recent Emerging Display Technologies conference. “We don’t have any issues with eye strain” (eye strain has proven to be a significant issue with the 3DS).

The cell matrix parallax barrier is more sophisticated than the glasses-free, or autostereoscopic, parallax barrier technology from Sharp that Nintendo used in its handheld, which debuted in March but sold so poorly than Nintendo cut its price $80 to $169 last week. The MasterImage 3D solution presents an image to your left eye and a different image to the right eye. Human eyes then form the two images into a single 3D image. But while the 3DS uses a striped approach to its parallax barrier, MasterImage 3D uses a matrix of cells that block one eye and not the other, which is a more fine-grained approach.

The result is high brightness, and no ghosting or cross talk (which makes the viewer see two images instead of one). 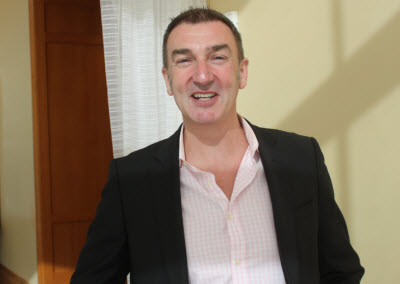 Both 7-inch and 10-inch tablet screens are coming later this fall. MasterImage 3D uses a Texas Instruments OMAP 4 processor that can handle 15-inch screens, but Taylor doesn’t expect anyone to ship those because the larger screen size forces you to sit too far back to be able to see the 3D effect. Rivals include Sharp and LG Electronics. But MasterImage 3D scored a $15 million investment in March from Samsung.

There is a decent 3D viewing angle to the technology, which is probably ideal for watching in an airline seat. Only one person can watch in 3D at a time on the four-inch to 10-inch screens.

MasterImage 3D was founded in 2004 in Seoul, South Korea by Younghoon Lee. It first developed a digital 3D cinema system and got its first installations in 2006. by 2009, it had its 3D cinema projectors in 800 movie theaters. It now has more than 4,000 digital 3D cinema installations in 70 countries and ships more than 8 million 3D glasses per month. It moved its headquarters to Hollywood, Calif. last fall and has now extended to mobile screens.

The company shipped the autostereoscopic 3D technology in 2009 in the Wooo phone made by Hitachi. That device was ahead of its time, so it only sold about 300,000 units. Now MasterImage 3D has prototypes ready for the improved cell matrix technology, which is easier to manufacture. Taylor is hopeful because movie studios are readying content for the devices via streaming technology. 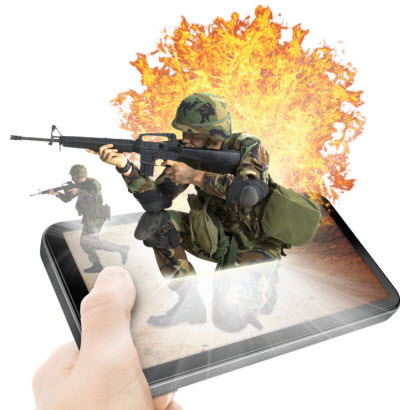 “We have relationships with the movie studios and they love what we’re doing,” he said. “We are also talking to almost every major manufacturer in the world. They are all rushing to do 4.5-inch screens that can do true 720p images.”

Overall, 3D has faced a struggle. About 21 million 3D TVs sold in 2011, but many of those are simply the latest high-end TVs. By 2015, that number is expected to grow to 100 million units.The only problem for MasterImage 3D is that many of the 3D experiences it has shipped so far have turned consumers off.

But Taylor said 40 3D movies will be released in 2012 and 70 by 2014, partly because the movie studios love the fact that a 3D experience can’t be easily pirated. On top of that, studios are also streaming 3D movies to mobile devices.

“3D is definitely out of the bag,” Taylor said. “The challenge is consumer hesitation, the lack of 3D content, health concerns, and a need for industry-wide investment.”

Mobile phones just might be the right devices to help the market take off, Taylor said.

“Hollywood needs a new outlet they can sell movies into, now that the DVD market is declining,” Taylor said.