On Friday, Microsoft released a new Windows 10 build for PCs, and with it came the first major update to Microsoft Edge. The changelog shows you what’s new, though only testers can try out these additional features and improvements — once the changes are ready, they will arrive as updates for all Windows 10 users. 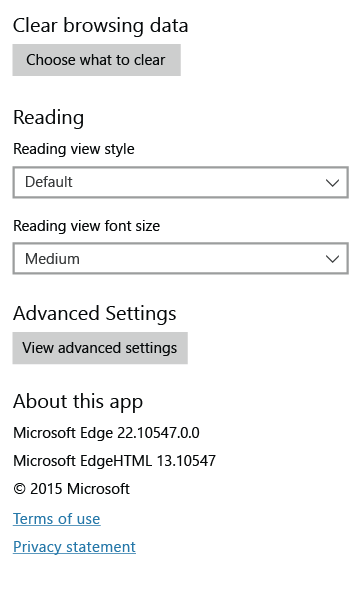 Nonetheless, version numbers still serve a purpose. As such, Microsoft is issuing its first version number updates (as seen above in Edge’s Settings pane), like so:

The major version number (12, 13, and so on) represents a significant platform release. Microsoft said it will typically only update the major number once for each engine update it sends out to Windows 10 users. These updates will of course be sent out to Windows 10 testers first. The second part of the version number will continue to indicate the current Windows build number. 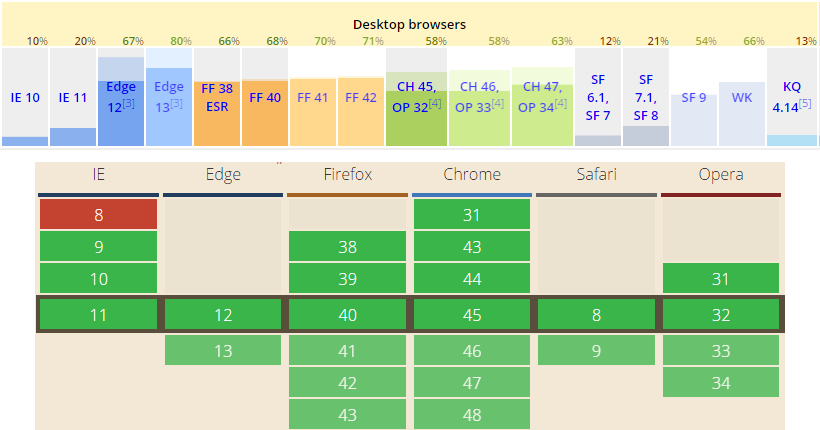 The goal here is to help developers and IT professionals track features from preview builds to release branches via the major version number, and from build to build via the build version number. Microsoft thus recommends tracking availability of web standards and other developer-facing features against the EdgeHTML version number rather than the Edge app version number — sites like CanIUse.com and the Kangax ECMAScript 6 compatibility table have already started doing this (pictured above).

The app version number represents feature updates to the browser application (everything that surrounds the webpage). That means user interface features, such as the address bar, tabs, Cortana, Reading View, Web Notes, and so on.

Microsoft said the major version numbers between Microsoft Edge and EdgeHTML have diverged “and will continue to do so as we deliver updates to the application and underlying platform separately.” This makes sense, as long as the company doesn’t let either of the two stagnate, like it once did with Internet Explorer.