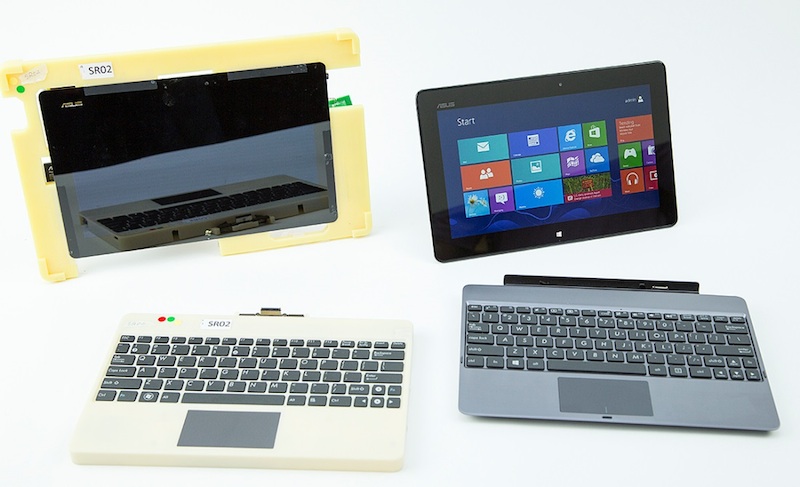 With Windows RT, hardware makers Dell, Asus, Lenovo, and Samsung (all of which Microsoft confirmed as Windows RT partners today) will be able to bridge the gap between notebooks and tablets more effectively. They’ll be able to sell products that have the capabilities, interface, and keyboards of a laptop — but the battery life, instant-on abilities, and simplicity of a tablet. Microsoft gave a glimpse of those products to come in a blog post by Windows group president Steven Sinofsky today.

Windows RT is a variant of Windows designed to run on ARM-based processors from NVIDIA, Qualcomm, and Texas Instruments (instead of the x86-based chips from Intel and AMD that Windows has typically required up to now.) ARM processors are cheaper and require less power than x86 chips, although they’re less powerful. They’ve been widely used in smartphones and tablets but haven’t made much of a splash in more capable computing platforms yet. Windows 8 and Windows RT have been released to manufacturers (RTMed) on August 1 and should be shipping to consumers starting October 26.

One of the attractions of ARM-based computers is that they’ll have incredibly long battery life. They’ll also boast small sizes and should be able to wake from standby in a very short amount of time, just like your phone. They’ll also have a feature Microsoft calls “Connected Standby,” which allows the computer to keep your data, such as an email account, up to date, even in its standby mode.

On the downside, Microsoft Office for Windows RT will be missing some features.

In addition to Asus, Dell, Lenovo, and Samsung, Microsoft is working on its own tablet, the Surface, which will also be available in a version running Windows RT.

Here are some of the typical specs Microsoft says you can expect from early Windows RT systems: