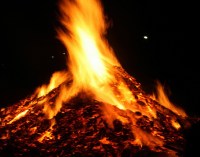 Even as the global advertising industry entered a significant contraction last winter, the nascent mobile ad market started heating up.

Why? Credit the iPhone.

Back in November 2008, while the rest of the economy started to tank, Jason Spero, vice president of marketing for Admob, the little mobile ad company created in 2006 that was acquired last year to Google for $750 million, told us: “The iPhone market is exploding, Inventory is growing and advertisers are hungry for it.”

According to our sources, by April 2009 these two drivers were strong enough to push revenues up again at some ad networks that were tuned into the changes — specifically, at Admob and Quattro Wireless. Quattro was recently acquired by Apple. Both acquisitions are under review by regulators; we’ll return to these transactions in a second.

Both drivers, meanwhile, have only become stronger. For one, the promotion of apps through CPC has grown into a more sophisticated business. More buyers and sellers, and more marketplaces for these transactions to happen have made it more professional (aside from Admob and Quattro Wireless, other players turned to do this too, including Greystripe). Publishers use these campaigns specifically to propel a particular application to a “top” list on the Apple App Store. That listing, whether it be as top game, or top music app, routinely set an application’s sales on fire, and make them an overnight success. Without getting on the list, an app just typically stagnates, because no one sees it.

For an example of how such a campaign works, check out this Admob case study on Flixster. After a large one-time push to get on the list, an application is expected to stay on it with less ongoing spending. Large games companies like Zynga, EA, Gameloft, Digital Chocolate, Glu, SGN, and some of the better-known consumer brands like Phillips and Flixster use display advertising to acquire customers through such tactics.

Secondly, “brand advertisers” have increased their spending on iPhone users. Back in the fall of 2008, an increasing chunk of spending coming from four industries: 1) TV and Hollywood, 2) car manufacturers and dealerships, 3) retailers, and 4) financial services companies, according to data from ad networks including Millennial Media. While may of these brand advertisers ran so-called “multi-channel mixed campaigns” (campaigns that spread the message in various media channels like TV, events or mobile for that matter), the iPhone often was at the core of these campaigns. It’s difficult to quantify the trend precisely, because Apple doesn’t reveal much data, and advertisers don’t either. But from conversations with mobile ad network executives, iPhone users have remained targets. Examples of “brand advertisers” that participated in this trend are companies like Disney, Ford, Sears, Procter & Gamble and Bank of America.

The trend is also supported by more so-called “premium” publishers developing applications for the iPhone. Premium publishers are non-mobile brand publishers like CBS, NBC or Elle. Brand advertisers are more willing to advertise with “brand” publishers and are also willing to pay higher prices. Smartphone-orientated mobile development platforms (like Appcelerator or Phonegap in the US or Golden Gekko’s Tino platform in Europe) have been getting sizeable traction with brands and marketing agencies in recent months, further confirming the trend.

Admob and Quattro Wireless were the most aggressive mobile ad networks to take early advantage of these trends. Admob, for example, focused early on smartphone-related product development, including offering the iPhone download exchange and iPhone specific ad formats. Quattro is the no. 2 in in-app advertising after Admob, according to a knowledgeable industry source who also requested anonymity. In a research call for our MobileBeat conference in June 2009, Quattro Wireless VP Lars Albright disclosed to us that Quattro revenue had doubled in prior 12 months, to a large extent due to its iPhone developer activities. Quattro had a particular program tailored to get brand advertisers to create campaigns around the iPhone.

We also know that free applications supported by display advertising are the main driver of downloads from Google and Apple’s mobile app stores. Free applications outnumber paid applications in both app stores, with both Google and Apple putting a lot of effort into supporting the free app model. To be sure, the two companies have slightly different strategies. To support its existing business, Google prefers to have mobile users access the mobile web instead of have them locked up within smartphone applications. Users tend to use the Google search engine more if they’re surfing the web, which brings Google more cash. And surfing the mobile web is so much easier on the new smartphones including the iPhone, but also the Palm Pre and Android phones. In a phone call last September, a Google spokesman told us: “People are 50 times more likely to use Google search on the iPhone than on a WAP device.”

While Admob and Quattro may have taken the early lead, they’re by no means the sole players in this market. There are more than a twenty other contenders vying for market share here.

Below is an estimate of U.S. mobile advertising spending for 2009, valuing the market at a total of $287 million. It was published by research company IDC a couple of weeks ago. Bear in mind that, as the market is still very early, mobile advertising revenue estimates/rankings are fraught with uncertainty. The calculations continue to challenged by the companies represented (for a discussion of the fairly reasonable IDC estimates see here, and for a discussion of a Nielsen estimate see here). According to Mobile Marketer, the IDC ranking calculated the revenue sizes of the mobile ad networks as follows:

The remaining 26 percent of market share is made up of other players such as Mojiva, InMobi and Greystripe, according to IDC.

Here’s more context. Millennial’s network may indeed have the largest potential reach in the US, according to Nielsen, and repeatedly communicates very high traffic. However, Quattro and Admob have been faster to take advantage of the app trends, even though they possibly have lower traffic. And of course, given that the big three (Yahoo, Google and Microsoft) have been active in mobile advertising for years on non smart-phones, they’re naturally high on the incumbent list. As rankings such as these are often disputed, we also asked the mobile ad networks to comment. Mojiva decided not to answer. According to our estimates Inmobi, Inmobi has a $20m annual revenue run-rate based on its current business. Greystripe, which started as a mobile game ad network and switched to iPhone ads last November, told us it has tripled its business since then. Buzzcity — an ad network that’s missing in this overview — told us that it would have to report more than 80 billion ad requests annually for a potential revenue of $40m/year if it had reported its revenue on the basis of the IDC calculations. We already estimated Admob’s revenue for 2008 at $42M, so the 2009 is likely higher. Jumptap’s CMO Paran Johar told us that in Q4 2009, the company earned more revenue than all of 2008, suggesting momentum.

Mobile marketing and advertising company Velti (which bought AdInfuse in 2009) reported a revenue of €52.5 million in 2008. In 2009, it was €65m. Another ad network that’s not named in the overview, Amobee, does not disclose revenue numbers but says it has the largest inventory of operators globally across over 25 countries, thus possibly placing its revenue figure ahead JumpTap, the leader in the North American operator market. Also, Google frequently re-purposes web PC ads for mobile, something that few Adwords and Adsense customers know. Ads that users originally expected to be displayed on the PC get transcoded and run on mobile. This means the real demand for Google’s mobile ads may be lower than shown.

So with all these players seeing growth — and given the recent acquisition of Admob by Google and Quattro by Apple — it’s clear that some of the behemoths out there are watching the industry for a strategic way in. Which raises the question: After Admob and Quattro, who’s next — which of these mobile ad companies are particularly suited for the next acquisition?

Well, stay tuned. I’ll be answering that question in a follow-up story shortly.