To little surprise, Motorola today unveiled the next generation of its round Moto 360 smartwatch line, featuring two sizes for Men (46mm and 42mm), a sport model with GPS, a women’s collection available just in the 42mm size, and customization support via Motorola’s “Moto Maker” service.

The updated 360 will set you back between $300 and $430, depending on which model you choose. Eager Android Wear fans can preorder the new 360 now online (link coming shortly) — but you’ll have to wait for the new sport model. “We’ll share more details on Moto 360 Sport availability soon,” said Motorola. The standard 360 will hit stores “starting in late September at Nordstrom, BestBuy, and Verizon,” Motorola told us.

Announced in Berlin at the IFA electronics conference, today’s unveiling follows a series of detailed leaks that revealed the 360’s specs and launch plan. Still, the device ranks among the most interesting Apple Watch competitors for Android fans, making it worth keeping an eye on even if you can’t stand the display’s “flat tire” gap. 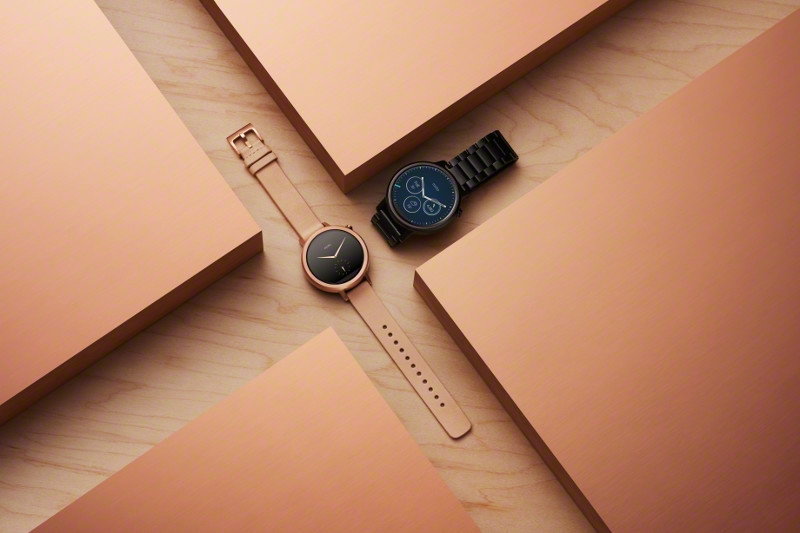 The 360 Sport is perhaps the most exciting news today — even if we knew about it beforehand. We still don’t know its price, but the rubber-bodied gadget will likely cost less than the Apple Watch Sport, and features built-in GPS, the ability to play music without a smartphone, and a hybrid display designed for viewing notifications in sunlight. 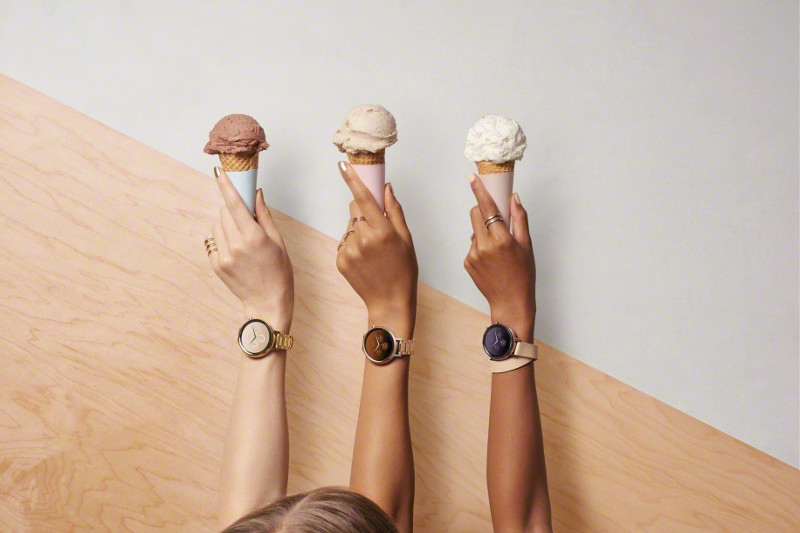 Motorola’s women’s line is basically an admission that the original 360 was made for men — a common trend for smartwatch makers. Only available in the smaller 42mm size — much to our own Sindy Nanclares‘ frustration — the women’s line features different case and band designs, pictured above. This move may help differentiate the Moto 360 from Apple, which offers arguably gender-neutral designs.