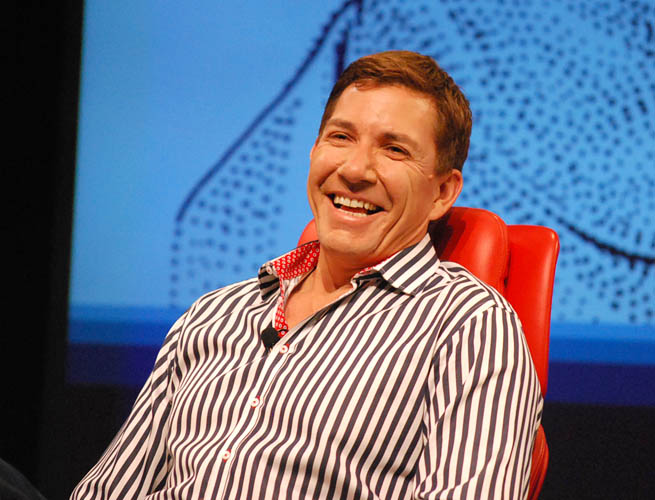 Mozilla CEO Gary Kovacs will be leaving his position in a matter of months, but he’s still willing to show up at events and give his take on his company and the competition.

Kovacs spoke today at the D: Dive into Mobile event in New York City and talked on a number of topics, including the upcoming Firefox OS, the potential for Firefox on iOS, and why he is leaving the company.

One of the most interesting things he spoke about today was why Firefox has not been released on iOS while Google has offered its Chrome browser on iOS for some time. He confirmed earlier reports that Apple was blocking its submission due to Mozilla wanting to use a different web engine.

“iOS has a policy, generally speaking, where you have to use their web engine,” Kovacs said. “Our web engine is different. … I would love to see far more energy behind iOS. We refuse to make the policy switch.”

On the topic of Firefox OS, the upcoming operating system from Mozilla, Kovacs said the first phones running it would be released in five countries this June. The first five countries will be Venezuela, Poland, Brazil, Portugal, and Spain. But the U.S. will not see any action until 2014.

“This is a version one product,” Kovacs said. “Short term, it will be a brand appeal. But the innovation will explode later.”

A Mozilla spokesperson reached out to us a few hours after Kovacs spoke, saying that Kovacs “mispoke” about the release timing and provided this carefully worded statement:

“As Mozilla announced on February 24th, the initial countries where Firefox OS devices will be available to consumers are Brazil, Colombia, Hungary, Mexico, Montenegro, Poland, Serbia, Spain and Venezuela. Exact launch timing is decided by and dependent on our partners.”

On stage, Kovacs confirmed that Sprint will be a U.S. launch partner for a Firefox OS phone.

When asked why he is leaving the company later this year, Kovacs said he had done what he came to do in terms of helping Mozilla grow and move into mobile.

“I learned in college that you don’t want to stay at a party too long,” Kovacs said. “I was hired to be an agent of change. We’ve grown, we’ve made inroads in mobile. … It’s time for me to move on to other things.”

The reason Kovacs announced the decision much earlier than a normal depature is because it jibes with Mozilla’s dedication to openness.

“We’ve been having this discussion for a long time,” Kovacs said. “It felt disingenuous to keep this private.”