In June, Mozilla integrated Pocket into Firefox, garnering a mixed response from the browser’s community. This week, we stumbled upon a Bugzilla ticket (bug 1215694) to “move Pocket to a built-in add-on” and immediately reached out to the company. “There are currently no plans to offer a version of Firefox that doesn’t include Pocket,” Dave Camp, Firefox’s director of engineering, told VentureBeat.

Pocket is a service for managing a reading list of online articles (it allows you to save stories, videos, and websites to check out later). Many Firefox users criticized the integration because Pocket is a proprietary third-party service, already exists as an add-on, and is not a required component for a browser. Integrating Pocket directly into Firefox means it cannot be removed, only disabled, and so the argument follows that bundling the Pocket add-on would have been a better option, as add-ons can always be entirely removed.

But what about the Bugzilla ticket? “We’re always experimenting with better ways to deliver value to Firefox users,” Camp explained. “‘Go Faster’ is the working title of one such experiment we’re doing with Firefox for Desktop. Go Faster introduces the idea of shipping a feature as a system add-on. These system add-ons will enable us to get features and fixes to users on a reduced cycle time.”

“There is work underway to make our Pocket integration one of these system add-ons that ships as part of the core product,” he added. “Separately, we are investigating the utility of Firefox users being able to disable or remove system add-ons from their installation. And as I said in July, we are committed to incorporating this consideration into any future partner integrations.”

The “Go Faster” and July reference are talking about the same thing: Mozilla’s plans for Firefox include more partnerships, better add-ons, and faster updates. In short, Pocket will end up on a list of Firefox features that Mozilla wants to re-examine and figure out how to improve. 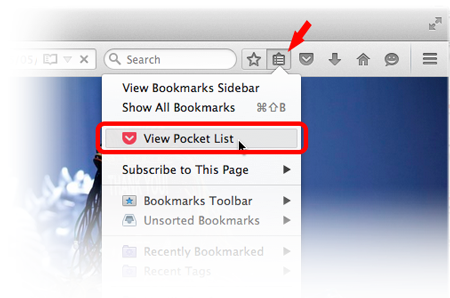 Because of the user backlash to Pocket’s integration, Mozilla was forced to explain its decision just a week after the feature shipped. The company argued that Pocket is popular and the code related to the integration within Firefox is open source (Pocket licensed its code under the MPLv2 license). Pocket updated its privacy policy in early May to explain more precisely how it handles user data.

While Mozilla doesn’t appear to be budging on this right now, it’s certainly taking the technical steps necessary to (potentially one day) satisfy users who rely on Firefox and Pocket, as well as those who just want the browser.