Mozilla today launched a new browser for iOS. In addition to Firefox, the company now also offers Firefox Focus, a browser dedicated to user privacy that by default blocks many web trackers, including analytics, social, and advertising. You can download the new app now from Apple’s App Store.

If you’re getting a huge feeling of déjà vu, that’s because in December 2015, Mozilla launched Focus by Firefox, a content blocker for iOS. The company has now rebranded the app as Firefox Focus, and it serves two purposes. The content blocker, which can still be used with Safari, remains unchanged. The basic browser, which can be used in conjunction with Firefox for iOS, is new.

Firefox Focus is basically just an iOS web view with tracking protection. If you shut it down, or iOS shuts it down while it’s in the background, the session is lost. There’s also an erase button if you want to wipe your session sooner. But those are really the only features — there’s no history, menus, or even tabs. 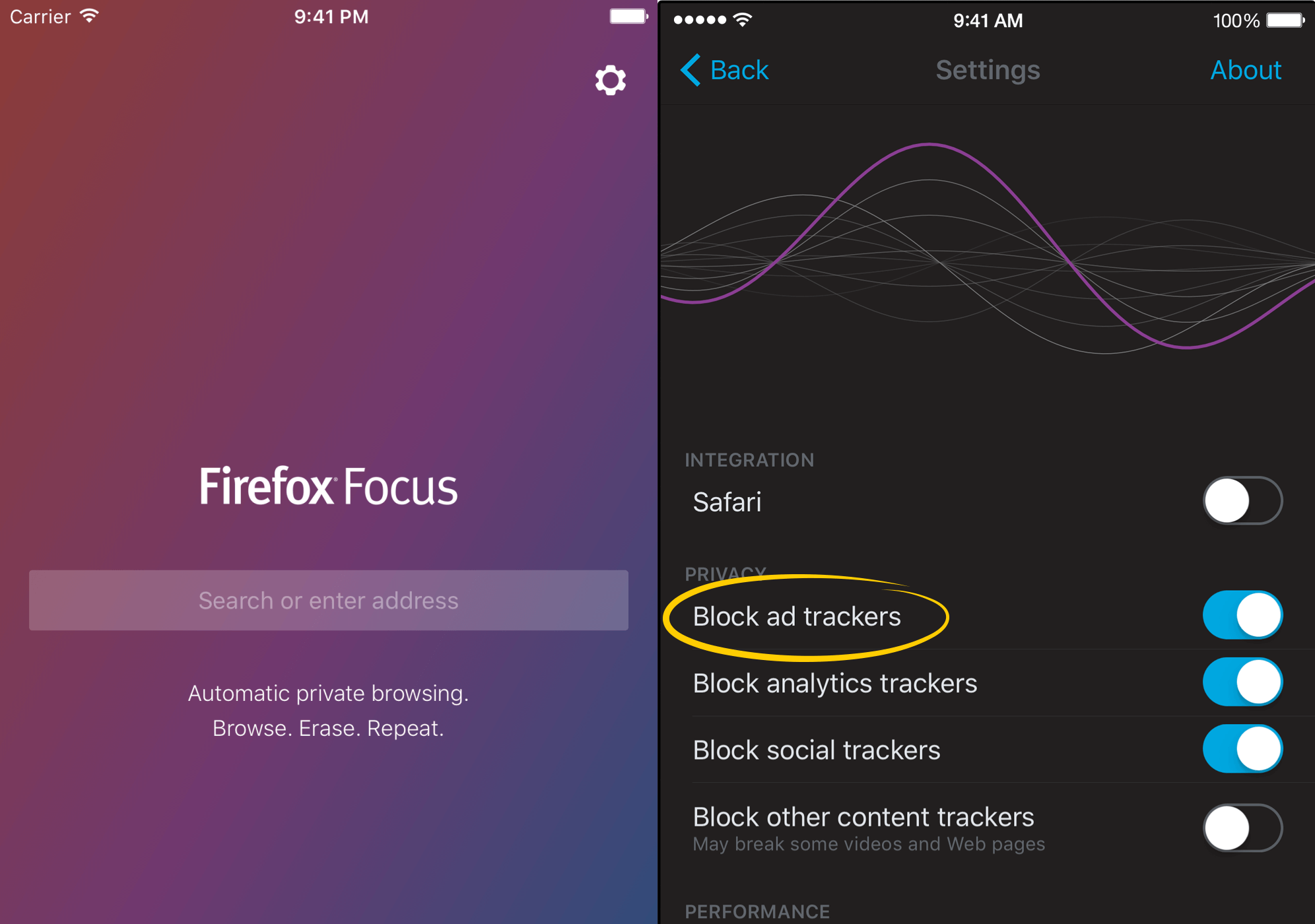 We live in an age where too many users have lost trust and lack meaningful controls over their digital lives. For some users, it seems as though your web activities can follow you everywhere – across devices, across accounts. To make matters worse, the web can often feel cluttered. That’s why we are introducing Firefox Focus. For the times when you don’t want to leave a record on your phone.

Nick Nguyen, VP of product at Firefox, told VentureBeat that many iOS users still find the whole content blocker setup a little confusing. They are told to launch one app but only see the resulting experience in another app. Firefox Focus addresses this complaint in a very roundabout way.

Nguyen told us the browser started as a proof of concept, but Mozilla employees really liked the prototype, so the company decided to ship it. He described using it as “peeking into the web” because you get to load any site you want without leaving a trace.

Just like the content blocker, the basic browser offers not just privacy benefits, but performance gains, too. Mobile web pages are often slowed down by trackers, and often more so than desktop pages, given that the former load on less powerful devices and on poorer internet connections.

But as with any content blocker, there is a tradeoff. Sites that depend on trackers may not load correctly. In those cases, Firefox Focus gives the user the option to open the given site in either Firefox or Safari.

So why not just include Firefox Focus functionality in Firefox itself?

As Nguyen put it, iOS means you “can’t get a good rendering engine with a good content blocker.” Because of these restrictions, this is basically Mozilla’s way of offering tracking protection on iOS. Firefox for Android already has tracking protection, so Mozilla is using iOS to see whether there is a market for a very stripped-down browser before offering it elsewhere. Mozilla is toying with adding an option in Firefox for iOS to launch Firefox Focus, and frankly we think that should be there from the start.

Firefox for iOS has millions of users, while the current Focus user base is less than a million, a Mozilla spokesperson told VentureBeat. They will all be getting this new private browser when Focus by Firefox updates and becomes Firefox Focus.

This major update today is another example in a long list of privacy initiatives by Mozilla. As the developer of the only major browser that isn’t owned by a tech giant, the company is free from ulterior motives.