Nokia’s Lumia 1020 is the culmination of everything the Finnish phone maker has been working towards over the past few years.

It sports the best smartphone camera I’ve ever seen — something that every other smartphone owner, even iPhone fanatics, will be jealous of — and manages to look unique in a sea of boxy phone designs.

But with everything that Nokia is bringing to the table, it’s a shame the Lumia 1020 ($300 with a two-year AT&T contract) is clearly being held back by Microsoft’s inability to bring Windows Phone into the modern smartphone era.

In my time with the Lumia 1020, I vacillated from loving the camera to completely hating Windows Phone — a platform I used to admire but now just find endlessly frustrating. It’s a phone I want to recommend to every gadget fanatic, yet can’t in good conscience.

The  Lumia 1020 is a reminder of why Nokia used to rule the mobile world, and why Microsoft still doesn’t get it.

The good: The smartphone camera you’ve always dreamed of

A year and a half after announcing the 41-megapixel PureView camera to an awed crowd at Mobile World Congress, Nokia is finally bringing the full power of its innovative camera technology to Windows Phone. (We’ve seen some PureView elements in the Lumia 920 and other recent models, but those didn’t offer the full 41 MP monty.)

Today, there still isn’t anything else on the market approaching Nokia’s PureView. Apple and Samsung opted for slight megapixel improvements in their most recent flagship phone cameras, while HTC went completely in the opposite direction with its Ultrapixel camera, which offers better low-light performance but only 4 megapixel images.

Why would you need a 41 megapixel camera? Because the last thing you want on your smartphone is a massive zoom lens (see Samsung’s clunky Galaxy Zoom as an example). With an insanely high-resolution sensor, the Lumia 1020 lets you crop in closely to images without sacrificing much quality. It’s basically digital zoom that doesn’t stink.

And, yes, the Lumia 1020’s camera lives up to all the hype. It takes astoundingly clear photos that could easily be mistaken for something from an expensive point and shoot camera. In some cases, you could easily mistake them for DSLR shots. In low light, it is miles ahead of every other smartphone camera (though HTC’s One camera comes close).

Below, check out some shots from the Lumia 1020’s camera (downsampled to a lower resolution).

Best of all, Nokia’s seemingly far-fetched deep cropping claims actually held true (see below). The 1020 gives you a shocking level of freedom when it comes to cropping, which can often be the difference between a truly memorable picture and a waste of a shot. At times, it almost feels like you have the power of a telephoto lens hidden in a smartphone.

To make it easier to share your photos wirelessly, the 1020 also downsamples its 41 MP images to a more manageable 5 MP. Unfortunately, to share the massive 41 MP files you’ll have to hook up the phone to your computer via a USB cable. The downscaled images were typically around 2 to 3 megabytes big, while the high-res shots were around 10MB.

Not surprisingly, the 1020 also shoots the best video I’ve seen on a smartphone. That’s mostly due to the powerful PureView sensor, but Nokia’s advanced optical image stabilization is also a big help for people who can’t keep their hands steady while taking video (read: everyone).

In the video I shot below, pay particular attention to the movement of water from a dancing fountain.

Tying all of the phone’s photo prowess together is Nokia’s Pro Camera app, which is exclusive to its Lumia lineup (older models will get access to it soon). The 1020 does a fine job of shooting in auto mode, but more advanced photographers will appreciate Pro Camera’s ability to tweak just about every photo setting you can imagine. It also sports the best interface I’ve seen yet for advanced photo settings.

When it comes to overall build quality, the Lumia 1020 is Nokia’s most refined Windows Phone model yet. It’s light and easy to hold, unlike the chunky Lumia 920 (which could easily be used as a weapon). And even though its innovative camera tech gives it a massive bump sticking out on the back, the 1020’s shape comes across as charming rather than annoying.

It doesn’t look like any other phone on the market, but that’s a good thing. 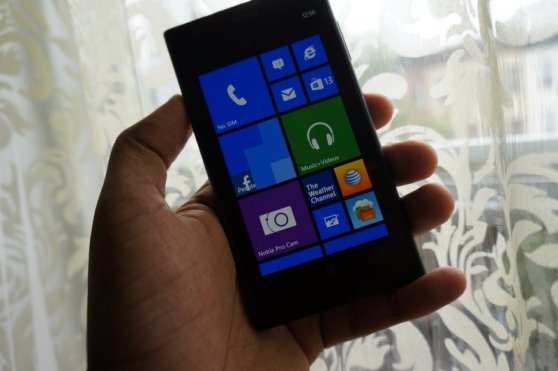 When Microsoft launched Windows Phone in late 2010, I had nothing but high hopes. But every Windows Phone device I’ve tested since then just makes me more frustrated with Microsoft’s inability to innovate. Where it needs massive leaps, Microsoft is taking baby steps.

For example, with the Windows Phone 8 update last year (which powers the Lumia 1020), the platform finally got true multitasking and support for multicore processor phones. But by that point, multitasking was old hat for iOS and Android, and quad core Android phones weren’t far off. Now we’re left waiting for the Windows Phone 8.1 update, which will support high 1080p screen resolutions and a notifications center (but may not arrive until early next year).

Using the Lumia 1020 almost feels like being thrown back in time a few years. Simple integration with web services, like the ability to upload a video to YouTube, are noticeably absent. To make up for Microsoft’s deficiencies, Nokia released a YouTube uploader app of its own (though it’s only available for the Lumia 1020 as a separate download, and for some reason it refused to install on my phone).

Microsoft must have been thinking: Who needs YouTube when you can upload videos to your SkyDrive? Well, Microsoft, how about the one billion people who use YouTube every month?

And for a device centered on high-quality photos, it’s a shame there still isn’t an official Instagram app for Windows Phone. Microsoft had to build its own Facebook app for the platform, but when it comes to Instagram it has so far relied on third-party apps.

That’s led to some trouble: Instance, the most popular third-party Instagram app on Windows Phone, recently had its photo submissions deleted by Facebook as soon as they go up. (The developer admits he had to figure out a workaround to access the service, and Facebook likely doesn’t appreciate that he also charges for Instance.) At this point, it looks like Instance uploads are working once again, but there’s no telling how long it will actually work.

Competing photo social network Hipstamatic’s Windows Phone app also lets you upload to Instagram, but not browse or like photos from your Instagram friends. (It also doesn’t help that the Hipstamatic app is terribly buggy).

Also not helping things is the Lumia 1020’s high $300 price tag (with contract). I understand why Nokia may need to charge a bit more for its next-generation camera technology, but in a sea of phones on other smartphone platforms for $200 (with contract) and under, it’s tough to convince anyone to shell out more for a lesser experience.

Microsoft recently announced that Windows Phone now sports more than 160,000 apps, but there are still plenty of key apps that Windows Phone doesn’t have, such as the latest mobile game craze, Candy Crush Saga. Heck, the platform didn’t even have Pandora, a staple of just about every mobile platform, until this past March. That’s also when Windows Phone got the original Temple Run (a year and a half after its release on other platforms, while everyone else was playing Temple Run 2).

There’s no mystery about why app developers are slow to adopt Windows Phone: There just isn’t that much of a demand. But, in a classic chicken and egg problem, Microsoft will have a hard time convincing users to adopt Windows Phone without the apps they love on other platforms. Microsoft managed to claim the No. 3 spot in the global smartphone market, but that’s mostly because BlackBerry has completely dropped the ball. All Microsoft had to do was show up to take BlackBerry’s place.

I’ve long defended Nokia’s choice to adopt Windows Phone. Nokia recognized early on that the Android ecosystem doesn’t have much room for competition (Samsung is really the only company making bank from Android), and with Microsoft, it would be seen as more of a premier partner.

Yet I can’t deny the fact that if the Lumia 1020 ran Android, it would now be one of the best phones on the market. With Windows Phone, it’s simply a curiosity. 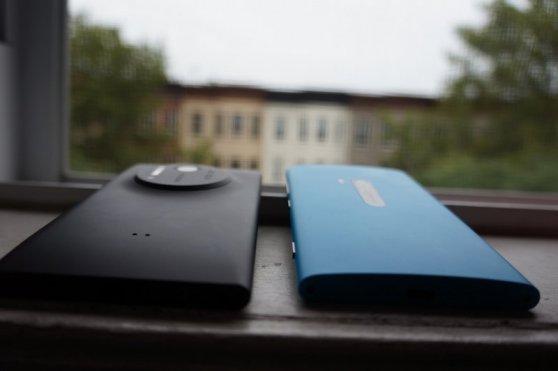 The verdict: An amazing camera, but Windows Phone just isn’t worth it

As much as I wanted to love the Lumia 1020, Windows Phone’s limitations are simply inexcusable today. A mobile platform is more than just a spiffy design and a few personalization options. It’s about the ecosystem of apps and things you can actually do.

In the years since Windows Phone launched, Google learned how to infuse Android with a strong design sensibility, and Apple is exploring an entirely new design in iOS 7. Microsoft, meanwhile, is still trying to conquer the smartphone world from 2010.

It’s like the opposite of that popular Wayne Gretsky hockey parable — instead of skating to where the puck will be, Microsoft is constantly aiming for where the puck used to be.