Motorola or LG? It’s not an easy question to answer this year, at least when you’re comparing the Moto X Pure Edition (also known as the Moto X Style) against the LG G4. At first glance, they’re actually more similar than you might expect (same CPU, GPU, memory, etc.), though there are some important differences worth underlining.

After using both these phones, I have to say that it ultimately comes down to what type of phone you want. The LG G4 is arguably better for power users (for example, it has an LED notification light), while the Moto X Pure Edition gives you more bang for your buck (the G4 has a higher list price than the Moto X, but has been available for longer, so you may find comparable deals).

If you care how your phone looks, go with Motorola. You can use Moto Maker to match the exact colors you want. The front can only be black or white, but you can pick from up to 10 accents and 28 different backs (though some cost extra).

The G4 isn’t ugly, but it’s also nothing special to look at. The placement of the power/lock button on the back, however, takes some getting used to. On the flipside, unless you pick a very vibrant back for the Moto X, the G4 will probably turn more heads.

I wouldn’t say either phone is more likely to slip out of your hands. Both devices aren’t particularly slippery, so it’s probably size that makes the biggest difference.

Compared to the G4, the Moto X has a slightly larger display (5.7-inch versus 5.5-inch) and is of course the larger phone. But I didn’t find the Moto X too big, surprisingly, despite the bigger screen.

If you have small hands, go with the G4. It’s simply more manageable, and you shouldn’t feel like you’re making any major tradeoffs compared to the Moto X.

Both phones produce gorgeous images and never made me feel as if I was getting a subpar experience. These are flagship devices, after all.

Like with any Android flagship description, there isn’t too much to report here. Both Motorola and LG know how to make a phone, and to make sure that you can hear the person on the other end.

In terms of the speaker, the Moto X is slightly louder, according to basic tests I performed. If you use your phone as a boombox, neither phone will disappoint, but the G4 just won’t produce as much noise.

Both these phones have great cameras, and I find it difficult to place one above the other. The Moto X has a 21MP rear-facing sensor, while the G4 has a 16MP sensor. On the other hand, the G4 gives you more control on the software side than the Moto X does.

Here is a picture of the Moto X taken with a G4: 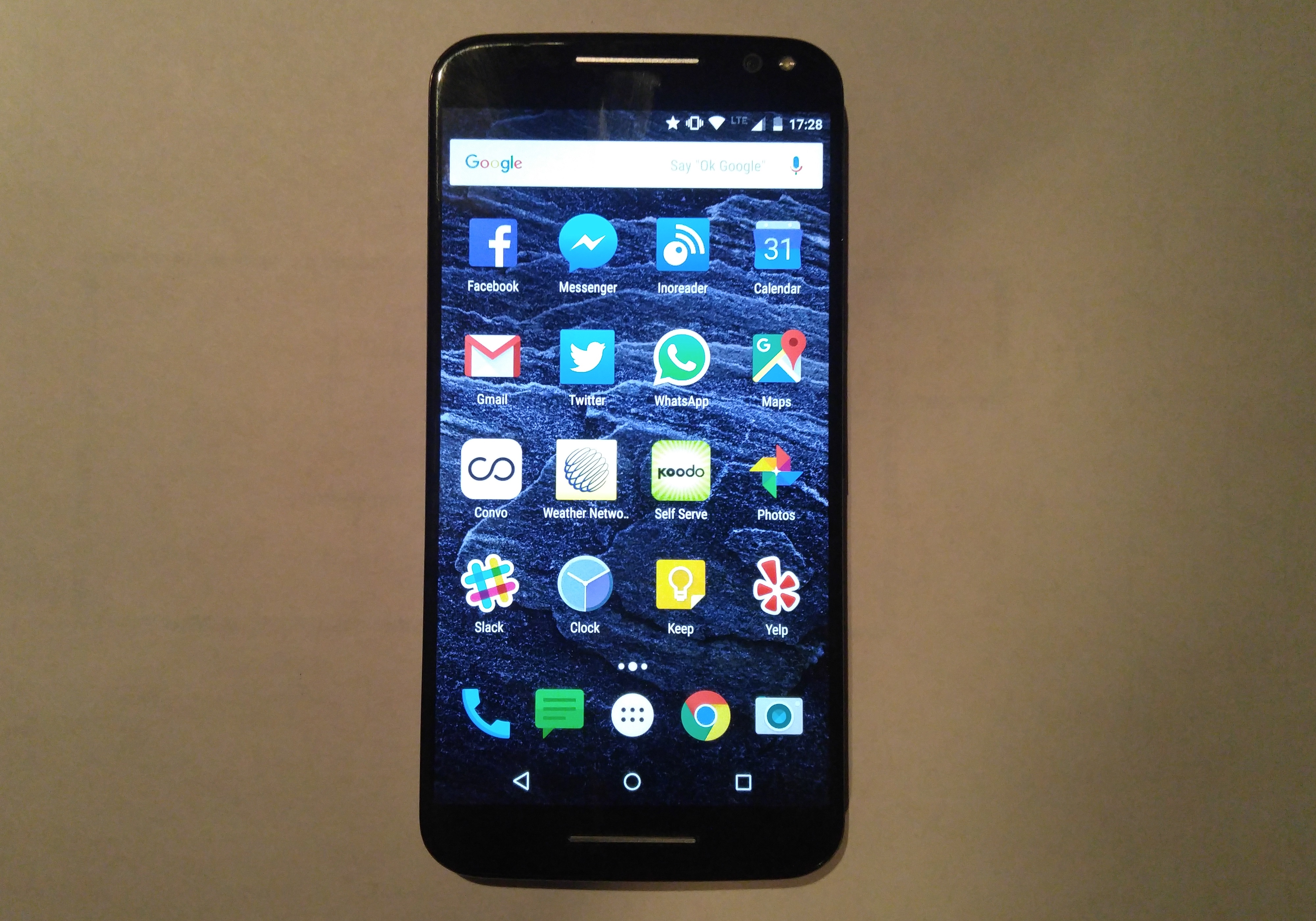 Here is a picture of the G4 taken with a Moto X: 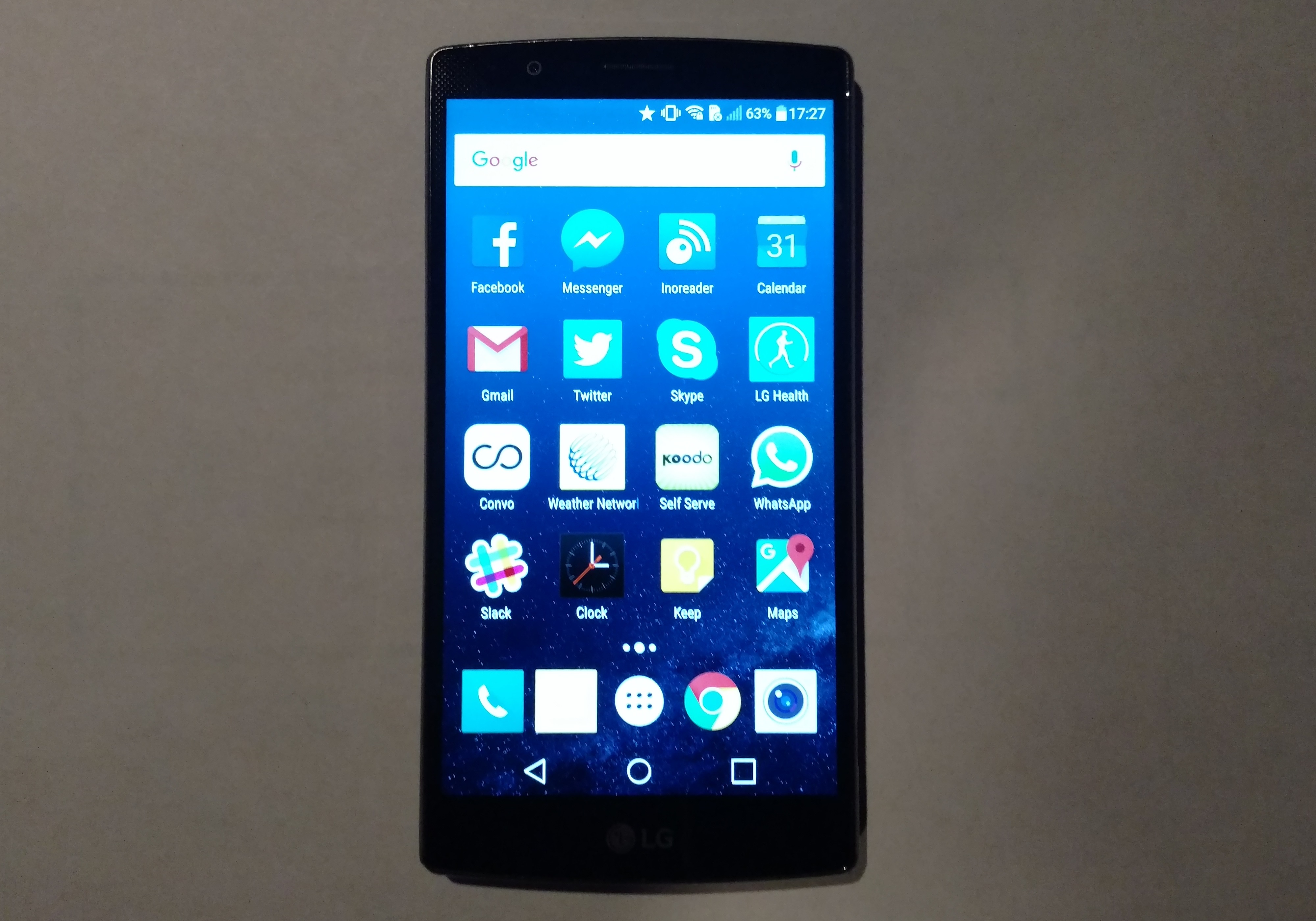 The Moto X and G4 both come with Android 5.1 Lollipop. Both will be upgradeable to Android 6.0 Marshmallow, though LG has the edge over Motorola because it claims the G4 is the first non-Nexus phone to get the update.

Because these are both Android devices, the software is quite similar. That said, Motorola customizes Android a lot less than LG, and frankly produces better apps.

This is why it’s a bit puzzling that LG beat Motorola to the punch with its Marshmallow commitment. This is probably the biggest missed opportunity for the Moto X Pure Edition: Despite having a better software experience, the company didn’t make as much of an effort to rush Marshmallow onto the device.

But these are usually caused by poorly coded apps rather than carefully chosen hardware. Android apps are quite reliable, and you can largely expect your phone to work exactly as you want 99 percent of the time. That said, I did experience more lag with the Moto X than the G4.

If you’re having problems, restarting an app or the whole phone is the easiest way to get back top performance. And it’s easy enough to reset the device to factory settings to really get that fresh start.

The G4 and Moto X have the same-sized battery (3000 mAh). Possibly because the Moto X is bigger, however, it doesn’t last as long for me as the G4.

Still, both phones can get you through a day without major problems. That said, batteries will start to drain more quickly the longer you’ve had them for. This is just the way phones are.

Nonetheless, the G4 still wins this category due to one major differentiator: It has a removable battery. If you’re a power user who spends hours upon hours on their phone every day, you can dismiss the Moto X right away.

If, however, you replace your phone on an annual basis, then chances are you’ll be OK anyway. You can always carry around a battery pack or car charger and recharge your Moto X that way. With the G4, you can replace your battery as needed, and your phone will last just as long as it did on day one.

These devices were both released this year, and neither is a poor choice. That said, if you prefer to have the latest and greatest software, look no further than the Nexus 5X or the Nexus 6P.

In fact, the next comparisons we do will only look at devices that ship with Marshmallow out of the box.