Barnes & Noble and Samsung have launched the latest iteration from their joint mission to combine tablets and e-readers.

The Samsung Galaxy Tab S2 Nook follows the $150 Galaxy Tab 4 Nook tablet that launched last August, and the $250 10-inch alternative that arrived two months later. The new tablet / e-reader is available in Barnes & Noble stores across the U.S., and online at Nook.com. 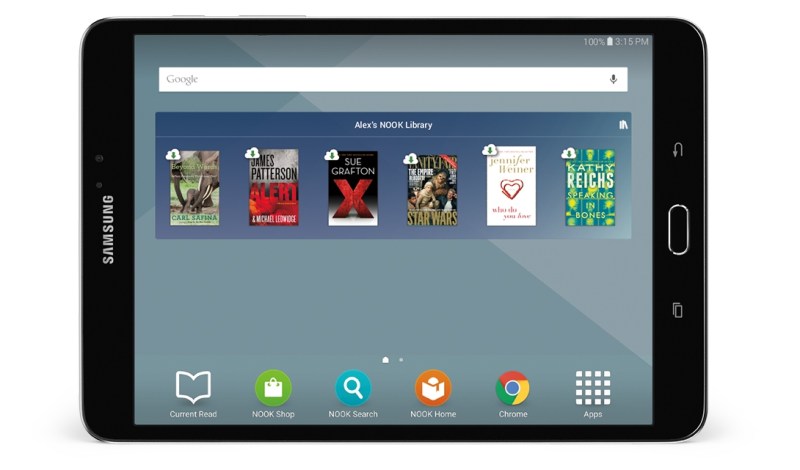 At first glance, the most obvious difference between the latest co-branded device and the previous duo is the price — at $400, it’s 60 percent more expensive than the 10-inch incarnation. But digging down into the specs, it’s obvious why that is.

While the tablets are like most other Android tablets in many ways, the tie-up with Barnes & Noble means the devices come heavily layered with reader-focused tools and icons — for example, the Nook Shop and Search functions are front and center. And there’s a shortcut taking readers directly to their current book of choice.

While Barnes & Noble once made its own tablets, the company revealed back in 2013 that it would shift to reliance on hardware partnerships instead — and Samsung was the first of those to bring a product to market. The American book giant continues to build its own dedicated e-readers in-house.