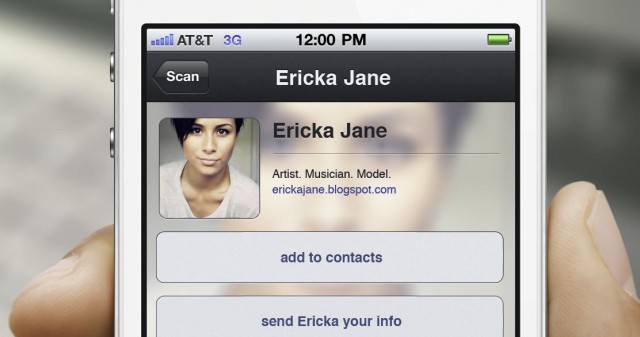 Like most people, Garrett Gee thought the experience of creating and using QR codes kind of sucked. “They were not visually appealing or user friendly,” he told VentureBeat. So as a sophmore at Bringham Young University in Utah, Gee and few friends created their own iOS app, Scan, to help users create and interact with QR codes. 10 million downloadsand less than a year later, and the startup has scored $1.7 million in funding from big names like Menlo Ventures, Google Ventures, Yuri Milner’s Start Fund, Social + Capital Partnership, and Lady Gaga manager Troy Carter.

“We came at it from a design perspective and we were young, sort of native to the iPhone,” Gee said. After just three months in the App Store, Scan had passed a million downloads. “That’s when the investors came calling.” The company wanted to make it simple for anyone to create a QR code and to find ways to engage with them that took user experience seriously. “Most people are interacting with QR codes using their phones, but a lot of time that took them to a mobile web site that was poorly designed.”

Scan tried to simplify that experience by creating simple interactions linked to social services. Users could scan to “like” something on Facebook or check-in on Foursquare. Along with the funding announcement today, Scan is launching Scan Pages, a three-step process that allows user to create a drop-dead simple mobile site to serve as the landing page for a QR code.

Along with a ton of inbound interest from investors, Scan also scored some big clients, including NBA teams and pop star Lady Gaga, who used their app to create QR code campaigns. “It’s kind of exciting to think what we can do now that we actually have a budget for marketing,” said Gee.

The vision for Scan goes beyond the QR code, which helps to explain why Google is so interested. “We’re planning to incorporate NFC, barcodes and image recognition like they have in Google Googles,” says Gee. “Basically making it simple and fun to jump from the real world to the web with a click of a button on your phone.”