Snapchat wants to add a little flair in honor of your birthday. It has launched a new lens called Birthday Party that makes snaps look extra festive, and the only thing you have to do to enable it is make sure your birthday is added in the app.

Birthday Party works like any other “lens,” as Snapchat calls its photo and video effects — tap and hold on your face to enable the feature. Then you can send the image to a friend or post it to your story.

Snapchat will also let you know if one of your friends has a birthday. Just keep an eye on your buddy list, and when you see a cake emoji next to someone’s name, activate the lens and snap away. There’s also an update that enables you to tap the time filter on a snap so that it’ll display the day’s date. 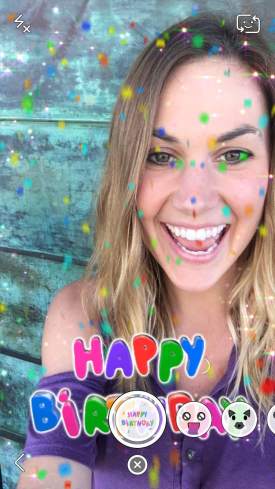 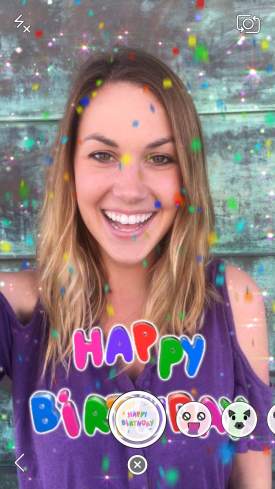 The launch of this new lens comes 24 hours after Snapchat released its on-demand geofilters. With that offering, users can create filters for any event, from a wedding to a business occasion, and have the filter constrained to a specific area. Those interested in using this feature will have to pay a fee, which starts at $5.

The new birthday lens is one of the first to come out of Snapchat since the company shut down its Lens Store in January. When the marketplace launched, the company was selling special lenses for $0.99, but then it reversed itself. Instead, Snapchat decided to shift its focus to its ads business and the various ways brands can get their message. In place of the Lens Store, users now receive a rotating selection of 10 free lenses every day.

Brands have sponsored lenses in the past, including Fox, which offered promotional artwork for Halloween in honor of the most recent Peanuts movie. It reportedly costs brands $750,000 to sponsor a lens.

But while Snapchat is working with brands on sponsored programs, it’s worth noting that the Birthday Party lens is not one of them. Of course, it comes on the heels of Facebook’s recently debuted Birthday Cam, which is featured on the social network’s iOS app and lets you post a 15-second video message to your friends on their special day.

The Birthday Party lens is available on Snapchat’s iOS and Android app today.