I remember when I got excited about having a 1-megapixel digital camera. Sony is leaving those days in the dust with the launch today of its A7 and A7R mirrorless digital cameras, with image sensors that can capture as much as 36.4 megapixels. They are targeted at professional photographers and hobbyists. 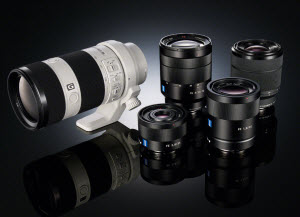 The camera can take images with details that push the limits of what the eye can see. Each camera has a new Bionz X processor, high-definition, 60-frame-per-second video recording, Wi-Fi, near-field communications (NFC), and dust-and-moisture resistance.

“With these new A7 camera systems, Sony has completely redefined the look and feel of a professional-grade digital camera,” said Mike Kahn, the director of the interchangeable lens camera business at Sony Electronics. “The A7 and A7R cameras are significantly smaller, lighter, and more portable than any other full-frame interchange lens camera yet deliver image quality, power, and performance that professionals and enthusiasts crave.”

The cameras have customization features for pros, including nine customizable buttons and 46 assignable functions. Sony is also launching a series of five new full-frame E-mount lenses. 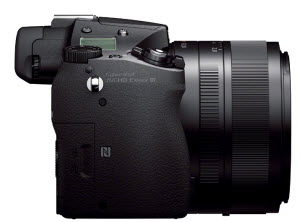 Sony is also launching a new Cyber-shot RX10 camera with a high-zoom capability. It will be available in November for $1,300.