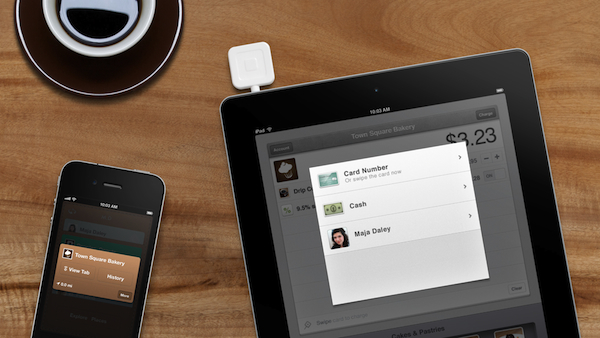 In surprising news tonight, mobile payments startup Square has announced an extensive partnership with Starbucks. Among the terms of the partnership, Square will power Starbucks’ credit and debit card payments nationwide, and Starbucks will invest $25 million in the startup as part of its fourth round of funding.

Additionally, Starbucks president and CEO Howard Schultz will join Square’s board, and Starbucks will accept Pay with Square across the nation later this year (which will let you pay for orders directly from your phone; don’t expect to see the iconic Square card readers).

[Dorsey and Schultz invited press to breakfast to discuss further details about the deal, check out our full coverage.]

The Square Directory will also see a tremendous boost from the deal: The directory within the Pay with Square app will list nearby Starbucks locations (and will alert Starbucks customers of Square-equipped businesses), and Starbucks will eventually integrate the directory into its digital services, including its already popular mobile app.

The news has tremendous implications for Square, since it’s the company’s first major partnership with a national chain. Square has sold itself as the best solution for individuals and small businesses to take credit card payments, but if it can power a massive enterprise like Starbucks, it’s clear that the company’s ambitions lay far beyond hipster tag sales.

San Francisco, Calif.-based Square has raised $141 million so far and is rumored to be working on a massive $200 million round, which would value it at $3.25 billion. Starbucks’ large investment today definitely points to something major happening in Square’s next round.

Square CEO and founder Jack Dorsey sent along the following e-mail to the company’s customers tonight:

I am pleased and proud to announce that today Starbucks signed up for Square.

Square began with a really simple idea: everyone should be able to accept credit cards. It should be easy and free to get set up, it should use simple technology people already own, and, most importantly, it should instantly adapt to any size business—from the person chasing a dream to the largest organization on the planet. By embracing Square, Starbucks has validated these ideas as powerful tools—not just for small businesses, but for smart businesses.

It’s amazing to think that Starbucks began as a single coffee shop in Seattle. The concept of taking a good idea and helping it grow is not foreign to them, and Starbucks doesn’t just view Square as the simplest way to accept payments. They see an opportunity to extend and accelerate a model they grew up with: the idea that business is local and that community plays a vital role in job creation and economic vitality. When Starbucks builds the Square Directory into their apps and in-store Digital Network, it gives Square new visibility, driving more customers to opt-in to Square. And with nearly 7,000 Starbucks stores soon accepting Square, these new payers will be able to find your business (including coffeehouses) and pay with their name, building community and creating value.

Our customers make us who we are, and we are proud of every single one of you—including our newest. Our promise to you remains the same: build simple, affordable, and fast tools that level the playing field for everyone. Thank you for helping us build Square. And please share your thoughts and tweets; I’m listening.