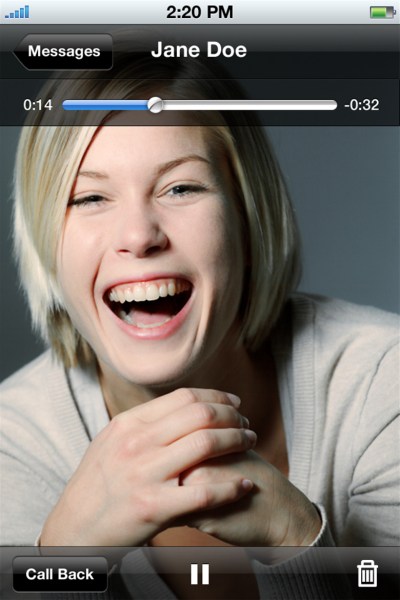 Forget Apple’s Facetime. If there’s one app that shows the potential in the mobile video chat market, it’s Tango.

Almost one year since its last round of $42 million, the cross-platform video chat company Tango announced that it has raised another $40 million in a third round of funding from Qualcomm Ventures and Access Ventures. The startup continues to see massive growth as well, reaching 45 million users 18 months after it launched.

“The round is a license to operate with a slightly bigger vision,” said Tango CTO and co-founder Eric Setton in an interview with VentureBeat yesterday. “It’s not that we’re going to hire a 100 extra people… we want to be able to accelerate and deliver more on our roadmap.” That roadmap includes honing the company’s video and audio quality, and ensuring a great experience for all of its users.

Settons tells me that 44 percent of Tango’s users are active monthly (this writer included), and 10 percent of them use the app every day. There’s a snowball effect to the app, as calls increase significantly when new users jump in. Settons says daily calls almost doubled in the last four months.

Tango offers apps for iOS, Android, Windows Phone, and Windows PCs. Setton said the company was excited to work together with Qualcomm for funding because its chipsets are cross platform as well. The companies have already been working closely together to optimize Tango for Qualcomm’s hardware. Setton said it was a much better option than taking funding from a specific carrier or handset manufacturer, which could interfere with Tango’s platform agnosticism.

Tango is also releasing updates to its apps today that will offer quality improvements, as well as adaptive resolution support (which will allow the app to support a variety of new devices). The company launched Tango Messages and Tango Surprises (cute animations to use during video chats) back in December, both of which will get some big updates. You’ll now be able to send group video messages, and the company is also opening up a storefront for Tango Surprises, allowing you to buy new animations.

Setton says that monetization from the two new features was “incredibly strong” and helped to close the new round. All Tango users get free access to their five most recent video messages and one random Surprise. But the company charges small fees to access additional video messages and Surprises (there’s no subscription model yet).

With this latest round, Palo Alto, Calif.-based Tango has raised around $87 million in funding. Additional funds for the round came from members of Setton’s family. The company’s other investors include Draper Fisher Jurvetson, Michael Birch, Andy Bechtolsheim, and Bill Hambrecht.