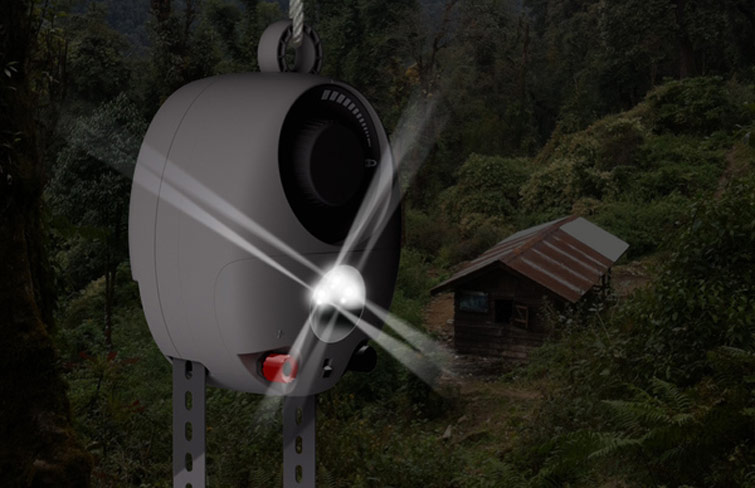 A lamp for $5 that does not require any electrical power source?

It may sound like an impossible dream, but two designers in London have built functioning prototypes of GravityLight, a cheap way for people in developing countries t0 light homes, recharge batteries, or power a radio. And they just exceeded their Indiegogo fundraising goal by more than 500 percent with 21 days left in their campaign, so they’ll have the resources to mass-produce the light for less than $5 a unit. 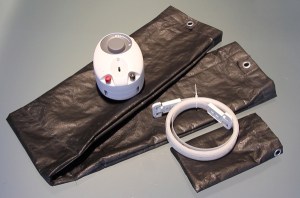 Above: The GravityLIght comes in the bag that will be filled with dirt or stones to power it

Martin Riddiford and Jim Reeves have spent four years developing GravityLight, which uses the Earth’s gravity to generate enough power to light an LED bulb for half an hour — no electrical grid, batteries, or any external generator required.

Using the GravityLight simply requires removing the small white lamp from its bag, hanging it up, filling the bag with about 20 pounds of dirt or rocks, and attaching the bag to bottom of the device.

Gravity powers a generator, light fills your room, and every 30 minutes, you hoist the bag back up.

The goal is to provide clean, efficient light for the 1.5 billion human beings on this planet who still do not have reliable access to electricity and use kerosene-powered lamps. According to Riddiford and Reeves, the use of kerosene results in vastly higher cancer rates due to smoke inhalation, and 2.5 million burn victims due to dropped or jostled lamps every year in India alone. Not to mention the cost: 10 percent to 20 percent of a household’s income in the developing world can go to fuel for lighting.

The initial run of 1,000 GravityLights will be distributed for free to villagers in Africa and India, the designers say. Based on the results, they will tweak the product and then seek NGO and non-profit organizations’ help in distributing it even more widely.

Thousands of backers have contributed anywhere from $10, which gets a thank-you, to $100, which pays for three GravityLights to be sent to needy villages in developing nations, a GravityLight of your own, and several other perks. And four sponsors have signed up at the $5,000 level to help the project succeed — and get their names and logos on the initial run of devices.