If only we could rewind time to capture moments like your baby’s first steps. Chances are you’re too slow with turning on a camera to catch life’s unexpected moments. That’s why Roader has created the Time Machine Camera, which you can use to capture a moment even after it has happened.

The Amsterdam-based company is showing the camera this week at CES 2018, the big tech trade show in Las Vegas. It’s not quite the DeLorean time machine from Back to the Future, but it’s a pretty innovative product.

“The time machine is something that really inspires people, and that’s what this makes us think about,” said Sjoerd Pitstra, CEO of the company, in an interview with VentureBeat.

The camera constantly records as long as you are wearing it in a ready mode. When a big moment happens, you hit the button and it captures the previous 10 seconds and then records for an additional 10 seconds, giving you 20 seconds of video.

It records the video in two threads. One thread is formatted in 640 x 640 resolution at 30 frames per second. It transfers automatically to your smartphone via Bluetooth. You can look at it to see if you want to save it. If you do, then you can download the second thread, recorded in high definition at 1088 x 1088p at 30 frames per second. It works with either iOS or Android smartphones. 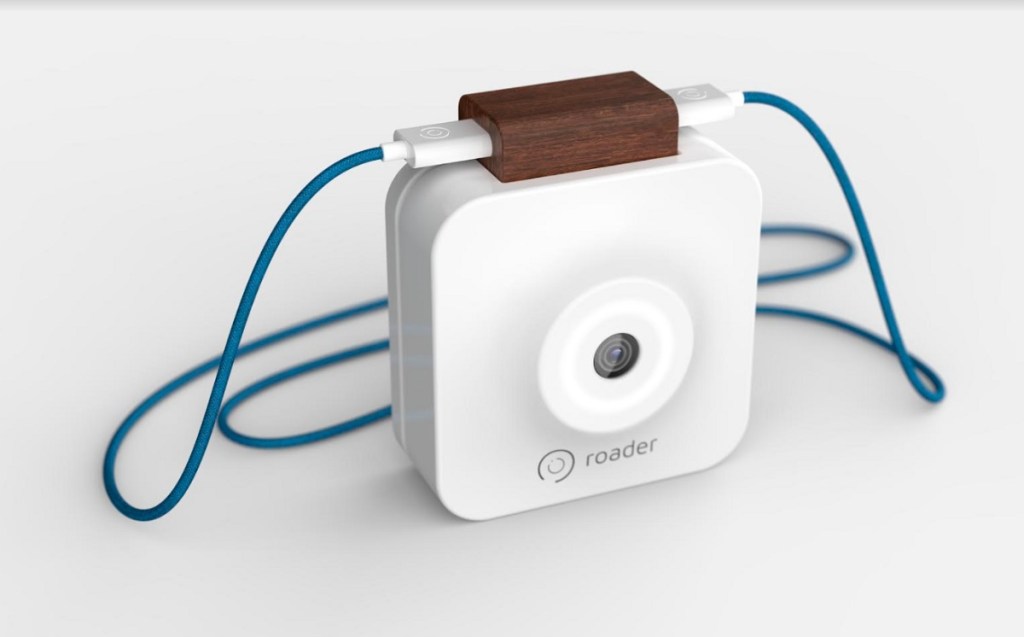 Most wearable video cameras give you only two options: Either you record everything and spend hours editing the raw footage, or you miss that special moment because you can’t grab the camera fast enough.

Pitstra and Joost Godee started with that idea in 2015. The Dutch entrepreneurs were inspired by the spontaneity and wonder of the 2013 Chelyabinsk meteor — an event that led to countless viral videos across the world — to create a camera that could easily capture the events of the recent past without the need for continuous recording.

“The inspiration came from the moments you experience in life,” Pitstra said. “You are always too late. You can film aftermath, and it could be anything, like your baby’s first steps. Recording video at the right moment is hard.”

The inventors played around with the idea of a video buffer, where you typically record video ahead of when it is needed to smooth out the playback. In this case, the buffer is being used to temporarily store 10 seconds of video that might be needed. Any video that is older than 10 seconds is discarded.

“It records video and buffers it for a short time and then forgets it,” Pitstra said.

Ten seconds might seem like a short time to remember that you should be recording a moment, but Pitstra said it’s plenty of time, as most people realize they should be recording something within a few seconds. And while 20 seconds overall is short, it is plenty to show what happened in a moment, and it is easier to share on social media. Once you download a clip to your smartphone, you can share it immediately, Pitstra said. The square format for the video is compatible with most social media.

The software optimizes how video is captured and stored to optimize transmitting clips to your smartphone. The HD version of the same clip is preserved for when you are ready to transfer it to your computer. A typical file might be 20 megabytes, so the internal storage on the camera is plentiful.

The Time Machine Camera features an internal 2350 milliamp capacity battery, which can power the camera for up to six or seven hours. That is double the battery life of almost all other wearable cameras. The camera has an 8-megapixel sensor and a 120-degree angle. It weighs 3 ounces. The camera will be available in the spring for $200, but Roader will offer a presale on its web site for $150.

Some people might have a privacy problem with a camera that could always be used to capture moments. But Pitstra noted it has a green throbbing light when it is ready to capture, and it turns full green when it is actually recording.

“It is you that decides to do the capture. You are not randomly recording. And it is for those emotional moments,” he said. “I used it in the Alps to capture my daughter while we were skiing. I would never have time to get a camera out while that was happening.”

Pitstra said the company has applied for patents on several aspects of the camera.

I asked Pitstra if he could create a “do over” time machine. He said, “If we find a solution for that, you’ll be the first to know.”