Finding an agency to build an app for your business can seem like an overwhelming challenge. You want stunning UX design and rock-solid development, of course. But wouldn’t it also be nice to find a shop that understood strategy — one that could help you envision the best possible app before spending loads of money on the launch and ongoing audience development?

One industry source ranks 1,734 mobile agencies, with new ones popping up quite regularly. Here at Carnival.io (a Sailthru company), we work with a massive number of mobile agencies and partner with the world’s biggest brands like Target, Sephora, Coca-Cola, MATCHES FASHION, Mondelez International, Birchbox, and more to deliver their push notifications and in-app messages to drive more engagement for their app.

We’ve got the insider’s understanding of which firms drown in their hype and which overcome it, delivering superior results, every time, and we’ve identified ten U.S. firms that consistently impress. They’re the ones I’d head to if I were a business with an app proposal. If that’s the situation you’re in, we’re happy to make an intro to any of the firms listed below. You can reach us at agencies@carnival.io, and you can read more about our agency partner program here. 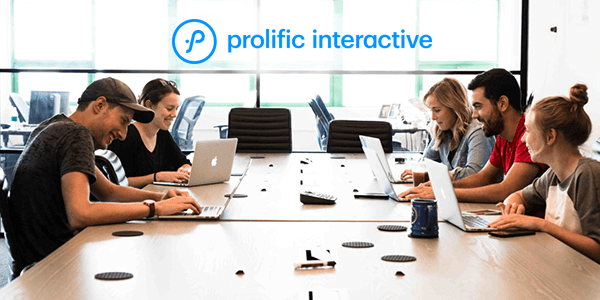 Prolific was founded seven years ago by Eric Weber and Bobak Emamian, who met while playing baseball at Quinnipiac University. They quickly realized that some of the best talent and clients in the world were just a few miles south, and relocated to Brooklyn. Now, Prolific is all about the consumer experience. They built the first iOS app for SoulCycle, enabling the company’s devoted cyclists to book classes quickly — crucial, given that the most popular SoulCycle classes often sell out in just a minute or two. Prolific has also worked with other well-known brands such as American Express, Saks Fifth Avenue, and Old Navy. 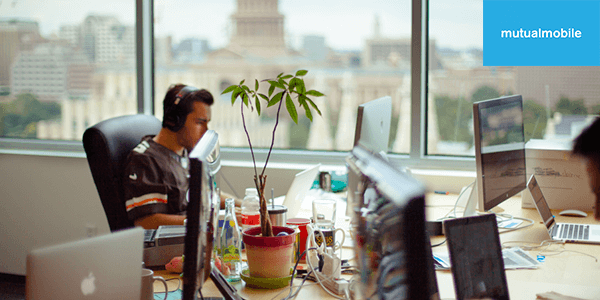 Mutual Mobile, founded by five Austin college students back in 2009, is at home on the bleeding edge. For years, that’s meant developing mobile apps for big players such as Flexdrive and J Hilburn. It recently built the Under Armour Shop, which sifts data from Under Armour’s connected fitness community — 170 million strong — to suggest gear. Now, Mutual Mobile refers to itself as an emerging technology company, and is amping up its capabilities in virtual reality and internet of things technology. 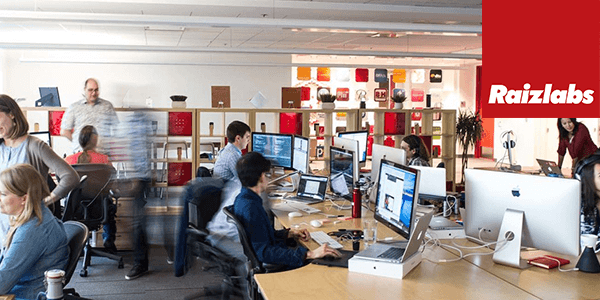 Like other top agencies, Raizlabs is moving beyond the confines of traditional mobile app development to integrate technologies from artificial intelligence, internet of things, virtual reality, and augmented reality. Their clients have ranged from Costco to Six Flags to athenahealth. One of their recent successes: the BlindWays app, developed with Perkins School for the Blind, which makes it easier for people who are visually impaired to use public transportation. 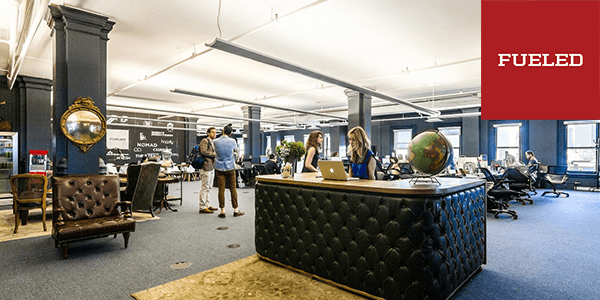 Fueled describes itself as a mobile product agency. They’re less interested in building whatever projects come in the door than they are in working with clients to understand their business objectives, and to build something that will reach them. They’re serious about mobile strategy and planning, as well as design and development. They work primarily with two types of clients: Big brands and venture-funded startups. Recently, that’s meant Rite Aid and IBM as well as Warby Parker and QuizUp. 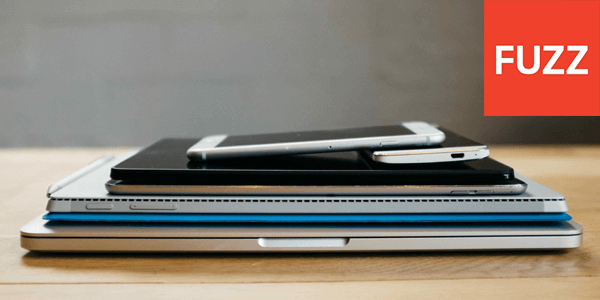 Fuzz Productions was founded in 2001, making it among the pioneers in mobile development. In the past 16 years they’ve launched hundreds of iOS, Android, and responsive web projects for Fortune 500 companies and also for innovative startups. They’re committed to agile product development, and their employees all work in-house from offices in Brooklyn, Boulder, and Los Angeles. Their recent work includes apps for Shake Shack, Wegmans, and CBS. And oh, they’ve won two Cannes Lion awards. 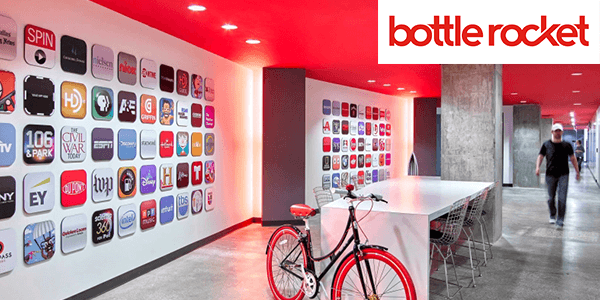 Calvin Carter founded Bottle Rocket the day after the App Store opened to third-party developers, back in 2008. Since then, it’s won clients such as Starwood, BET, and Chick-fil-A. Bottle Rocket prides itself on the development of native frameworks, platforms, and solutions that are unique to Bottle Rocket. The firm works across all sorts of platforms — iOS, Android, streaming devices, wearables, virtual reality, and television, and has recently opened offices in New York and London. 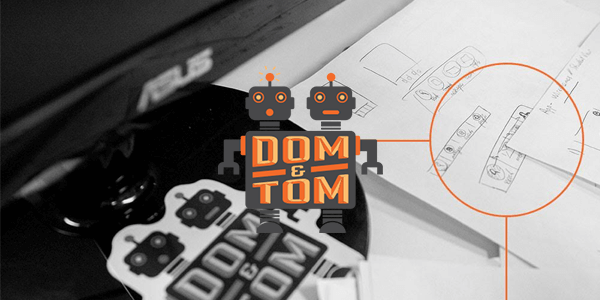 Dom and Tom was founded by twins, Dom and Tom Tancredi, who originally launched the company from their apartment. By 2010 they’d manage to swing some incubator space at New York University; now, they’re known for digital strategy, UX, and UI design, and mobile development. Dom takes care of the tech; Tom’s in charge of business strategy. With particular strengths in the financial and publishing industries, Dom & Tom have developed  more than 100 native mobile apps for clients including General Electric, Citibank, and Bloomberg. 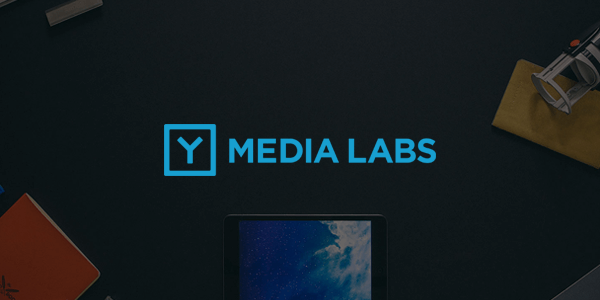 Y Media has developed and launched mobile apps used by more than 300 million people around the world. An early coup was an app it made for a company called Montessorium, which garnered an appreciative note from Steve Jobs. Not surprisingly, its clients have included Apple and Facebook, as well as L’Oreal and Sesame Street. In 2016, Y Media announced that it was expanding beyond mobile app development to product branding, web development, and digital design. 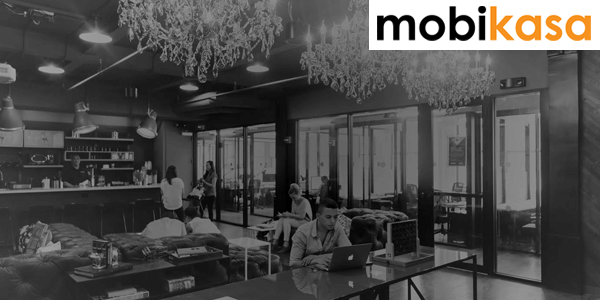 Mobikasa was established in 2008, and its business is now about evenly split between mobile web development, and mobile apps. The focus: driving traffic and increasing profitability. They’ve built apps for 1-800-Flowers, Milk & Eggs, and Limeroad, among others. 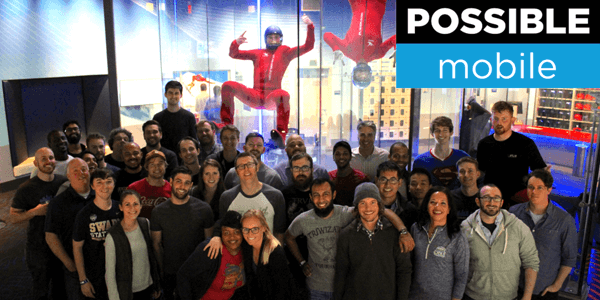 POSSIBLE Mobile, formerly Double Encore, has grown to be a leader in the mobile space due to their own digital expertise and by partnering with leading mobile application shop, Xcellent Creations. The current CEO, Ben Reubenstein, has years of experience in mobile development & strategy, starting by building one of the first 150 apps in both the iOS App Store and the Google Play Store. Ben leads an elite team of mobile-centric professionals to delight customers. POSSIBLE Mobile has built apps for JetBlue, Major League Soccer, PGA Tour, GSK, and Turner. In addition to building mobile apps, POSSIBLE Mobile also has in-depth experience executing on a wide variety of other platforms including Alexa, Chromecast, Apple TV, Apple Watch, Android Wear, and Roku.

Guy Horrocks is founder of Carnival.io by Sailthru