Rapidly growing smartphone brand Alcatel, manufactured by China’s TCL Corporation, showed off a pair of handsets from its flagship Idol sub-brand at the recent Mobile World Congress in Barcelona, Spain. But the Idol 4 and Idol 4S are only two of an expected four Idol-branded devices that the company is planning in 2016.

First reported by MSPoweruser, the 5.5-inch Idol 4 Pro is a near doppelganger for the top-of-the-line Idol 4S — but the similarities end with external appearances. The material shown to VentureBeat paint it as an even more powerful phone, in most cases, with one significant exception: Its 1080 x 1920 FHD AMOLED display contains less pixels than the QHD (1440 x 2560) Idol 4S.

Besides that single spec (plus an identically capacious 3000mAh battery), the Pro is superior in nearly all departments, from its processor (Qualcomm Snapdragon 820 versus Snapdragon 652) to its memory configuration (4GB/64GB RAM/ROM versus 3GB/32GB) to its camera resolution (21MP/8MP main/selfie versus 16MP/8MP). Additionally, Pro throws in support for Windows’ Continuum feature, as well as a rear-mounted fingerprint reader. 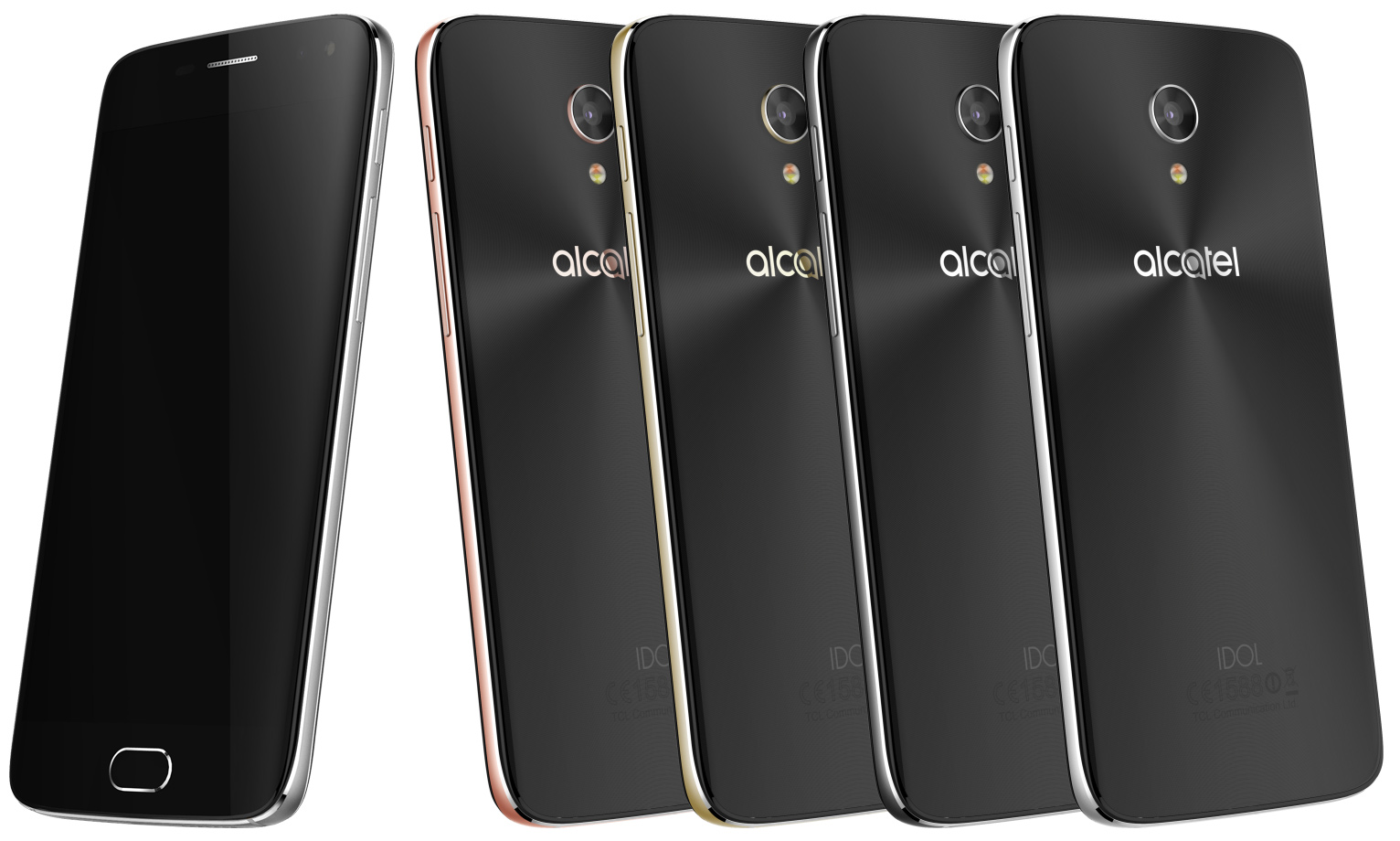 With a five-inch screen diagonal, the Idol 4 Mini is ever so slightly smaller than the 5.2-inch Idol 4, with a correspondingly lower resolution (720p HD versus 1080p full HD). It will apparently sport either a quad-core MT6738 or octa-core MT6750 processor, both from Mediatek, and come in various memory configurations composed of 1GB, 2GB, or 3GB of RAM and 8GB, 16GB, or 32GB of storage capacity.

It should offer camera resolutions of 13 megapixels and 5 megapixels for the rear and front shooters, respectively, as well as a 2400mAh battery and home button that doubles as a fingerprint scanner.

No pricing or release window information was revealed, nor were those details present in the roadmap VentureBeat reported on last month.