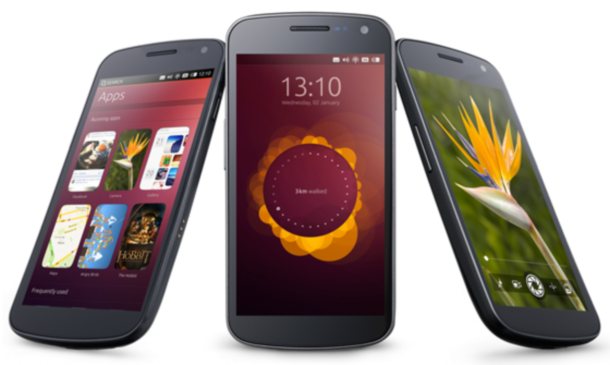 After sending geek hearts aflutter on the desktop, the popular Linux variant Ubuntu is now aiming to take over your smartphone. And in a weird way, it could also lead to an even bigger breakthrough for Ubuntu on the desktop.

Canonical, the company behind Ubuntu, today announced the mobile version of its operating system. Phones running Ubuntu won’t be available until 2014, but Canonical says its first device will come from a “high end” Android manufacturer. The company will offer a test build for the Galaxy Nexus in the next few weeks.

Ubuntu for phones sports an elegant user interface that lies somewhere between iOS and Windows Phone, even though it’s built atop Android’s kernel. You can swipe from any screen edge (similar to Windows 8) to unlock functionality — for example, swiping from the left edge reveals your favorite apps, while swiping from the right lets you jump through running apps. Instead of a lock screen, it features an artistic personalized screen that evolves with you.

“It’s not a lock screen, it’s not a barrier … it’s a welcome screen,” said Canonical chief executive Mark Shuttleworth in an announcement video released today (below).

But perhaps most importantly, Ubuntu phones will also be dockable with a monitor, keyboard, and mouse — theoretically transforming them into desktop replacements. And while Canonical didn’t say this outright, there’s certainly the potential for Ubuntu phones to plug into a laptop shell. (Who would have thought Ubuntu’s most significant foray into mainstream desktops would have come via the phone?)

Ubuntu’s plan to power a desktop platform with your phone sounds similar to Motorola’s innovative, but ultimately doomed, Webtop concept on Android phones. As much as we expect smartphones and tablets to replace traditional computers, some will still have a need for big screens and keyboards to actually get work done over the next decade.

It’s going to be tough for Ubuntu to make much of a dent in mobile since it won’t have any devices to show until next year. But at this point, it looks more elegant than Android, and more functional than Windows Phone. It also fits right in with Ubuntu’s quest to cover all multiple screens — Canonical also has a version of the OS optimized for televisions.

With today’s announcement, the battle between smartphone platforms just got a lot more interesting.