WhatsApp is the latest technology platform to up its fake news-fighting game, as the Facebook-owned messaging app today posted ads in local Indian newspapers informing users how to spot fake news on the service. The move came after a series of violent lynchings were triggered by the spread of false information.

Great advertisement by WhatsApp in the newspapers today!

I suggest @WhatsApp to send this ad as a WhatsApp message to every Indian user! This is the only way to make sure that every single person sees it.

And request @MIB_India to broadcast more such ads for people’s benefit. pic.twitter.com/rvY10czn9k

“This extra context will help make one-on-one and group chats easier to follow,” the company said in a blog post. “It also helps you determine if your friend or relative wrote the message they sent or if it originally came from someone else.” 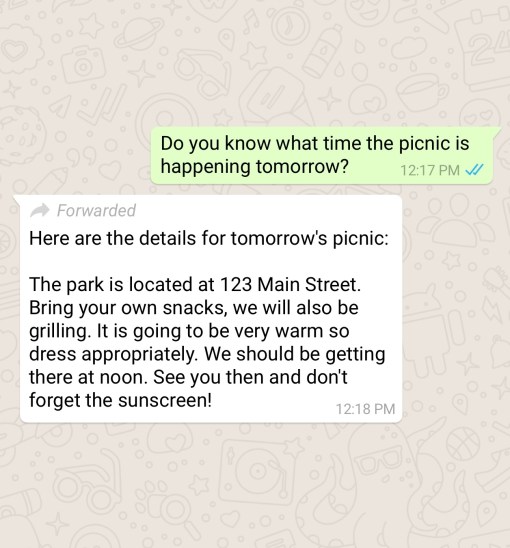 It’s not entirely clear to what extent someone who is of a mindset to carry out brutal lynchings will be deterred by a “Forwarded” tag on a message, but the feature is indicative of a broader problem that has faced messaging services such as WhatsApp for a while.

Indeed, reports emerged earlier this year that WhatsApp was testing a feature to curb the spread of chain hoax messaging, but at that time the feature apparently only flagged messages that had been “forwarded many times.” It could be that WhatsApp has fast-tracked that feature into the mainstream and broadened its scope to include all forwarded messages.

Following a barrage of negative headlines, the fake news fight has emerged as a key area of investment among the major technology companies. Just yesterday, Google-owned YouTube pledged $25 million to support and highlight legitimate news sources, while last month Facebook revealed it was extending its fact-checking program to more countries.

All these companies are fighting an uphill battle to stop the spread of false information, and it’s still too early to say what impact — if any — their efforts are having on the fake news frenzy.