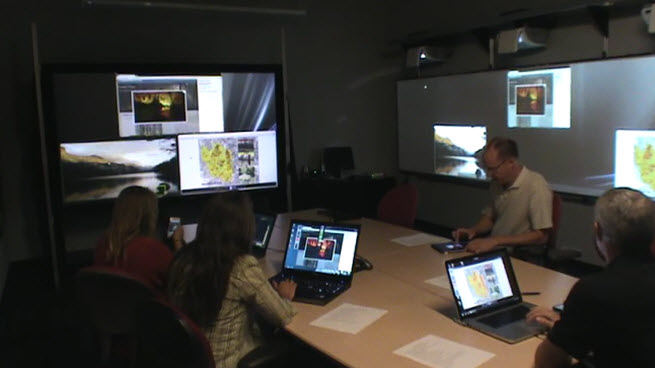 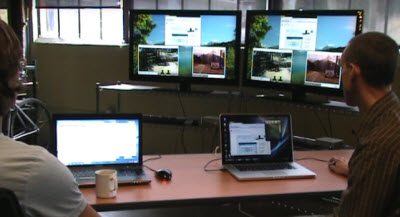 The world has plenty of displays, but it’s too bad we can’t all make use of them. Mersive wants to change that with its Solstice software, which gives people access to better screens than the ones they carry around with them — and then share them.

The problem is that old audio-visual equipment was built for a time when one person wanted to present something on one screen at a time. But in big meetings, that may not be the ideal solution anymore.

Mersive’s Solstice is software installed on a computer (PC laptops with Windows 7 or Mac) that connects to a shared display. The software automatically calibrates different kinds of commodity projectors and displays. By enabling those screens to multitask among users, Solstice enables companies to get more out of their investments in expensive displays.

With Solstice, two or more people can connect their devices to a single projector, TV, video wall, or other display at the same time. Multiple users can share their screens, or share specific windows. You can decide which screen you want to share and which screen you want to keep private. When you have more than one Solstice-enabled display, you can choose which one you want to connect to. You can also federate the displays, getting them to act as if they were a single display, and then move content across them. 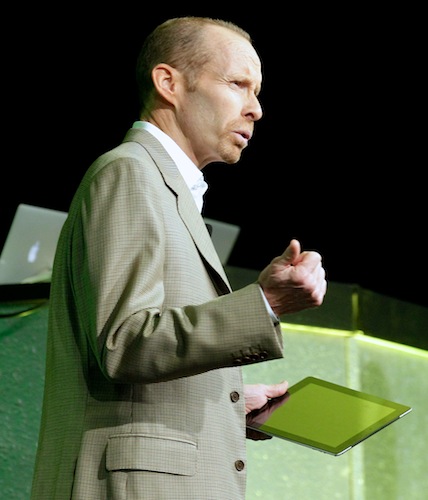 Mersive, which is appearing at the DEMO conference today, was founded in 2006 by Christopher Jaynes and Stephen Webb in Lexington, Ky. The company moved to Denver in 2009. The company believes that displays are the final bastion of hardware-constrained infrastructure when it comes to information technology, said Christine Owens, director of marketing. Solstice software can make displays universally accessible to any type of device without a cable connection.

On stage at DEMO in Santa Clara, chief executive Rob Balgley told the audience to imagine a “seamless pixel landscape,” and said that the software will change the way that we collaborate using digital data. “We are turning your mobile device into a media-sharing content and control device,” he explained.

“It seems like it’s very cool technology [but] what’s the use-case here?” Pete Sonsini of venture capital firm, New Enterprise Associates offered as feedback after the presentation. Sonsini was one of the panel of sages at DEMO. The other judges echoed this point. Clay Kellogg of Chartboost asked, “how do you take cool technology and turn that into a thriving business?”

The company’s executives include Balgley, the chief executive; Christopher Jaynes, the chief technology officer and cofounder; and Stephen Webb, the cofounder and chief scientist. The technical team has been working on the technology for more than six years, and they have been doing research in the general area since 2000.

Mersive is one of 75 companies and 6 student “alpha” startups chosen by VentureBeat to launch at the DEMO Fall 2012 event taking place this week in Silicon Valley. After we make our selections, the chosen companies pay a fee to present. Our coverage of them remains objective.