Xiaomi may be better known for its range of smartphones, tablets, wearables, and smart home products, but the China-based electronics manufacturer just launched itself into the self-balancing scooter fray with the RMB 1,999 ($314) Ninebot Mini.

Beijing-based transportation robotics startup Ninebot Inc. acquired its more famous Segway counterpart back in April, at the same time revealing that Xiaomi was one of the investors in a fresh $80 million round. The Ninebot Mini was co-developed by Ninebot and Xiaomi, and its core selling point is its price — it claims to be around a quarter of the cost of other self-balancing scooters in China. Indeed, the cheapest Segway comes in at more than $6,000.

Though Xiaomi itself makes TVs, set-top boxes, smartphones, tablets, and routers, it traditionally invests in companies to make its other products, which include things like power banks, headphones, and water purifiers. Some of these are even officially available for purchase in the U.S. and Europe, though Xiaomi has yet to give its flagship smartphones the green light in the West.

For these ‘other’ products, Xiaomi may contribute in a number of ways — through giving ideas and resources, for example, and providing its online store (Mi.com) as a sales conduit.

While the Ninebot Mini doesn’t have a handle, as such, more closely resembling so-called “hoverboards” (they don’t really hover) that have risen to prominence in many markets, it does sport a knee-high stick that detects the movement of the rider’s legs to help steer the device. 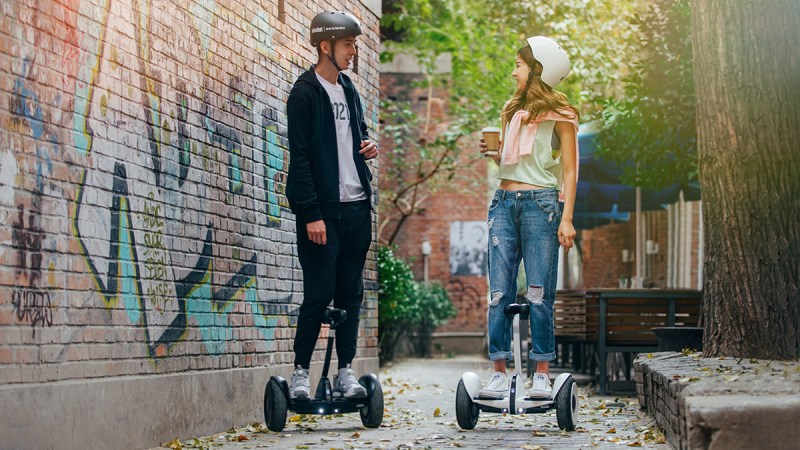 The Ninebot Mini also comes with a smartphone app that helps you control the direction of the scooter, though you’ll be reassured to know that it can only do so if nobody is on the scooter. In effect, it lets you use the scooter like a drone to deliver things — though this still raises questions around safety and potential mis-use. Additionally, the app lets you “lock” the scooter, after which an alarm will sound if the scooter is moved.

The product will be on sale in China from November 3 (through Mi.com), but there are currently no plans to launch it outside of China.

Alongside the Ninebot Mini, Xiaomi also lifted the lid on its new $800 Mi TV 3 today, calling it the “next generation of its Android smart TV.” 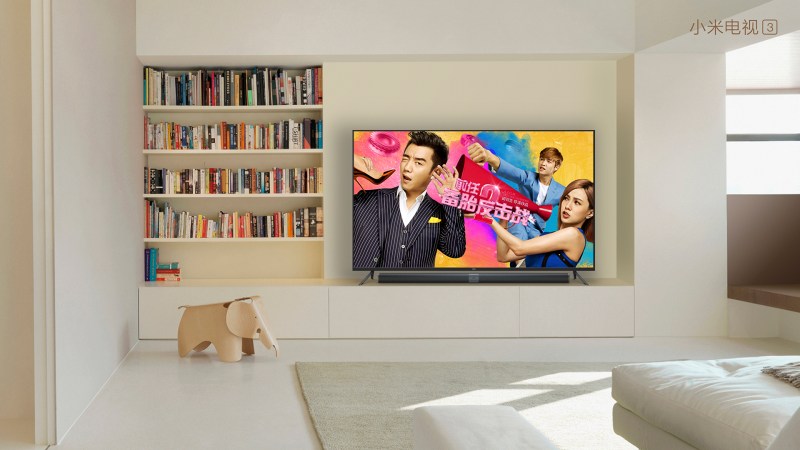 Indeed, the TV adopts a modular approach, with a 60-inch display and the separate Mi TV Bar, which houses the motherboard and sound system. This can also be paired with any other screen via HDMI. In short, rather than buying the full TV, you can upgrade your old screen with the $160 Mi TV Bar.