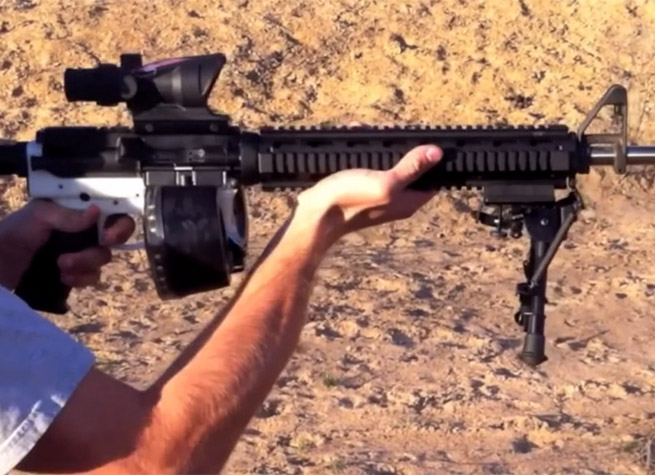 The site has a mission of making all sorts of 3D-printable objects — including rifle receivers, plastic Glock handguns, bullet casings, and even grenades — more accessible than ever. While the site is certainly controversial, there is something admirable about pushing the limits of what 3D printing can mean. Defense Distributed head Cody Wilson is positioning his organization as the anti-Makerbot because he seems willing to go down the 3D-printing rabbit hole while MakerBot founder Bre Pettis is not.

“When this guy decided that ‘radically open’ meant not so radical, not so open, DEFCAD was born,” Wilson says over an image of Bre Pettis’s face in a recent video (see below).

But now Defense Distributed has taken a major step toward legitimacy with approval by the United States government to manufacture and sell guns. Wilson submitted an application to the Bureau of Alcohol, Tobacco, and Firearms in October 2012 to become an official gun maker and dealer. It took about six months for the organization to finally get approval.

Defense Distributed posted a photo of its new federal firearms license on its Facebook page: 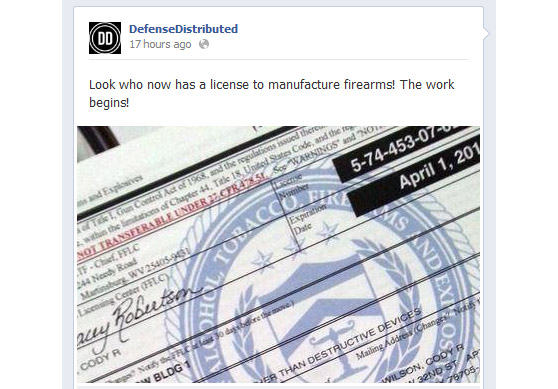 While this is a big step, Wilson told Ars Technica recently that he will not start making and selling guns quite yet. He will wait until he gets an “add-on” to his license, which will let Defense Distributed manufacture a broader range of weapons. If approved, the add-on would let the organization manufacture automatic rifles.

Texas-based Defense Distributed has seen a lot of traction in the past few months. Its DEFCAD site has attracted more than 250,000 downloads to date and now has more than 3,000 visitors per hour.

The most recent Defense Distributed video gives an overview of the organization and its upcoming DEFCAD search engine for 3D-printable parts. Take a look below.